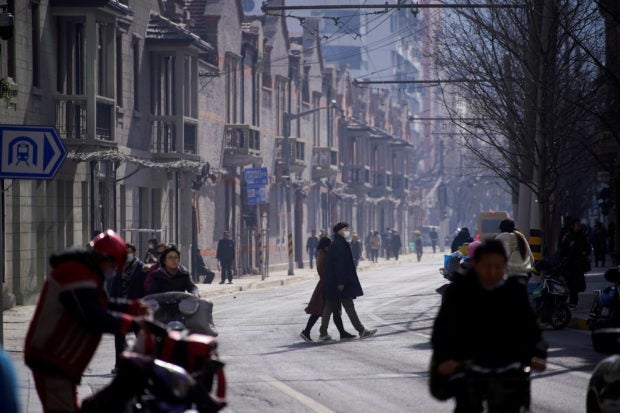 BEIJING — China reported the highest number of daily Covid-19 cases in more than 10 months, official data showed on Friday, due to a severe outbreak in the northeast that has put more than 28 million people under lockdown.

A total of 144 new Covid-19 cases were reported on Jan. 14, the National Health Commission said in a statement, up from 138 cases a day earlier and marking the highest daily increase since 202 cases reported on March 1.

Total cases remain well below what China saw at the height of the outbreak in early 2020, but concerns about a new country-wide wave are growing with a major national holiday a month away and estimates of 296 million railway passenger trips during the Lunar New Year break.

The commission said 135 of the new cases were local infections, 90 of which were in Hebei province surrounding Beijing that has been hit hardest in the latest wave. Another 43 cases were reported in northeastern Heilongjiang province, with Guangxi and Shaanxi provinces each reporting one confirmed case.

This surge comes as a team of investigators led by the World Health Organization (WHO) is in quarantine in the city of Wuhan, where the disease first emerged in late 2019. The team aims to investigate the origins of the pandemic that has now killed nearly 2 million people worldwide.

The delegation, delayed waiting for authorization from Beijing to enter the country, was dealt another setback on Thursday when two of its members had to be left behind in Singapore after testing positive for coronavirus antibodies.

China currently mandates all travelers from overseas to present a negative result in both a nucleic acid test and a negative serum IgM antibody test within 48 hours of entry as part of its Covid-19 prevention efforts.

The two members tested negative for the nucleic acid test but positive for Immunoglobulin M or IgM antibodies and were prevented from boarding the flight with the rest of the team. IgM antibodies develop quickly after infection and their presence could indicate that an active infection is still underway.

WHO has said the two individuals will be retested.

Authorities are encouraging the public to refrain from non-essential travel during the Lunar New Year holidays next month when hundreds of millions of Chinese people normally go home or travel.

Heilongjiang, which has already declared a Covid-19 emergency, urged its 37.5 million people to stay put during the break and avoid gatherings.

“The appeals being made by central and local authorities for people to avoid cross-region travel during the holiday are sensible and necessary because they are based on science and firsthand experience,” the official China Daily newspaper said in an editorial published on Friday.

“This is not only about protecting ourselves and our families, but also about staving off a clear and present danger to our immediate and broader communities.”

China Railway vice general manager Li Wenxin expects around 296 million railway passenger trips during the Lunar New Year break, Xinhua reported on Friday, compared with 410 million in 2019 – the last time when there were no major travel restrictions during the holiday period.

The number of new asymptomatic cases, which China does not classify as confirmed cases, fell to 66 from 78 a day earlier.

The total number of confirmed Covid-19 cases in mainland China now stands at 87,988, while the death toll remained unchanged at 4,635.