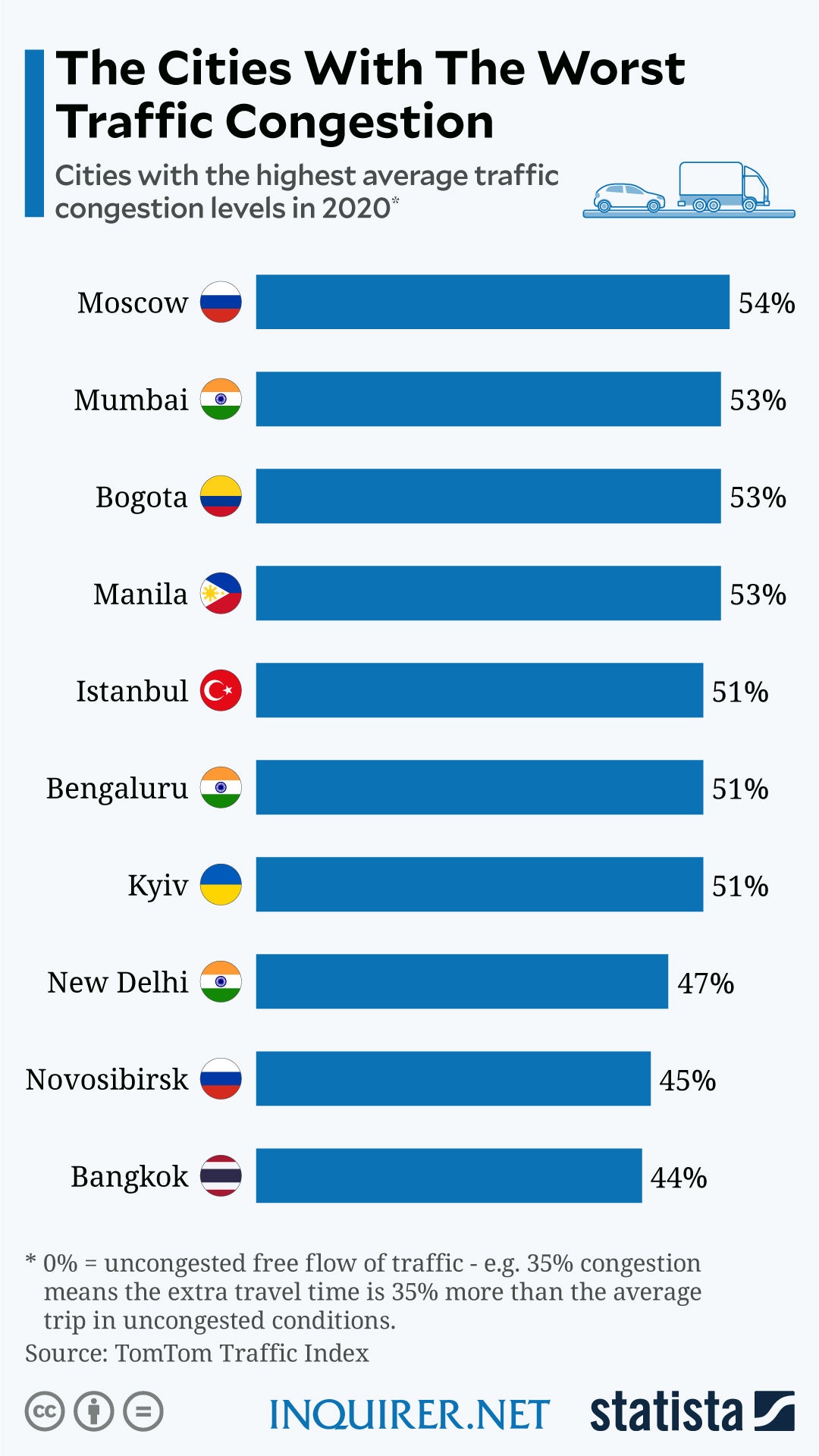 According to TomTom’s annual traffic index, Metro Manila traffic ranked second in 2020 with drivers expecting to spend an average of 53 percent extra travel time being stuck in traffic.

Metro Manila traffic also took the second spot in the 2019 index. However, drivers spent longer time stuck in traffic that year with at least 71 percent of their extra time wasted due to traffic congestion.

Meanwhile, Bogota in Colombia and Mumbai in India also finished second place in the list with 53 percent congestion level each.

“[T]his year’s ranking is unlike anything we’ve ever seen before,” TomTom noted in its 2020 report.

An analysis by market and data consumer company Statista showed that “387 cities experienced a significant decrease (average of 21 percent) in overall congestion, as well as an astonishing 28 percent average decrease in congestion during rush hours.”

On the other hand, there were only 13 cities last year where the traffic worsened.

COVID-19 and its possible impact on traffic

TomTom attributed the changes in last year’s traffic situations to Covid-19, specifically the lockdowns imposed by different cities in different countries. It also stated that Covid-19 could potentially “change the traffic forever.”

“The COVID-19 pandemic has dramatically changed the way we live, work, and move. Lockdowns, remote working, and other restrictions on movement have transformed patterns of movement and reduced traffic congestion in most cities,” the Netherlands-based company said.

According to Statista, congestion is an indicator of a strong economy. While this can be seen as a positive sign, especially during the pandemic, the company acknowledged the traffic’s negative environmental impact “in addition to costing commuters considerable amounts of time.”

“The pandemic may provide an opportunity to change that, however, with a cleaner, safer, congestion-free future possible if society embraces a shift in mobility,” said Niall McCarthy, Statista’s data journalist.

“More remote working possibilities and flexible hours can be key to driving that change while more mindful and eco-friendly traffic choices would help cut emissions and safeguard the environment for future generations,” he added. 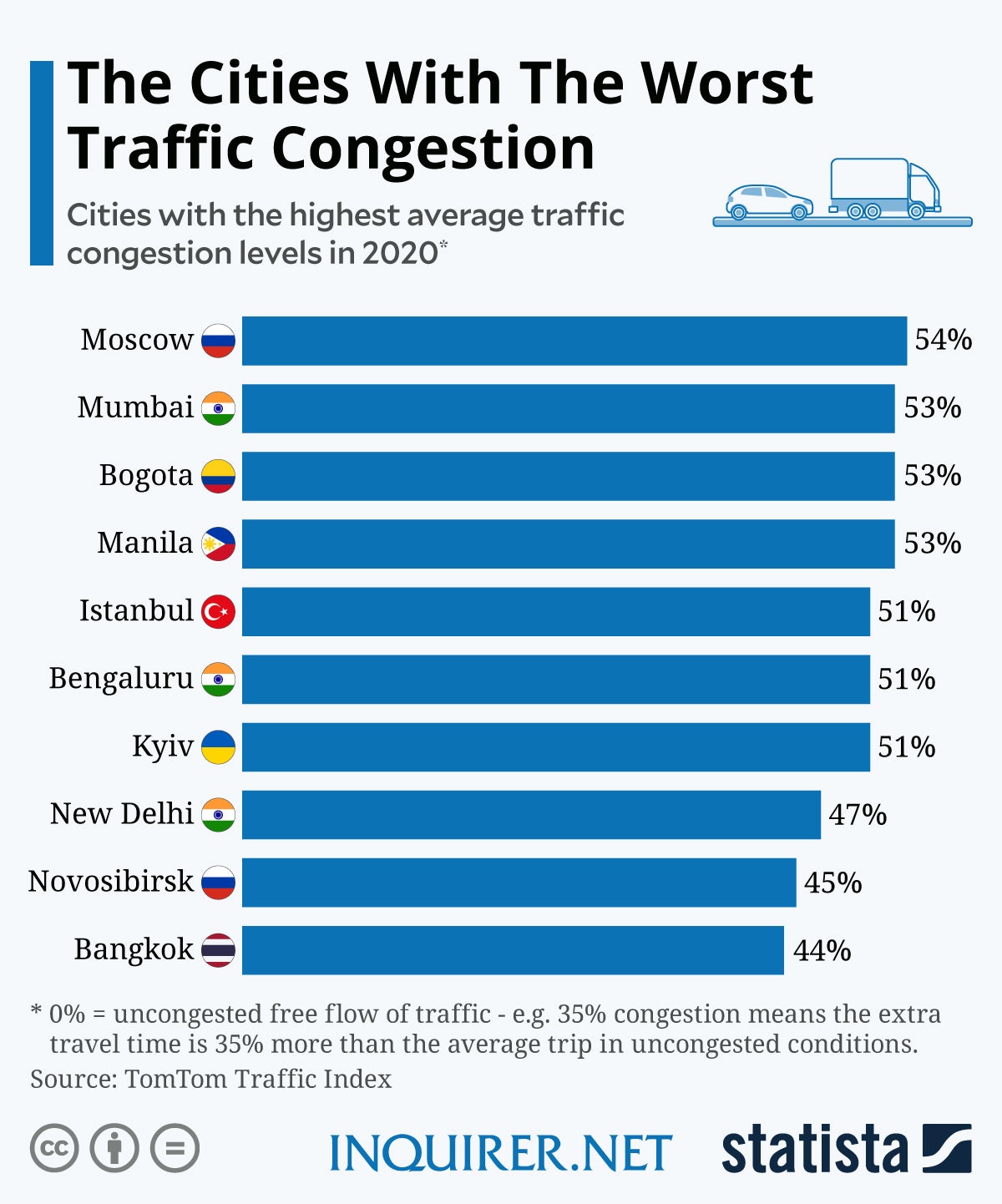