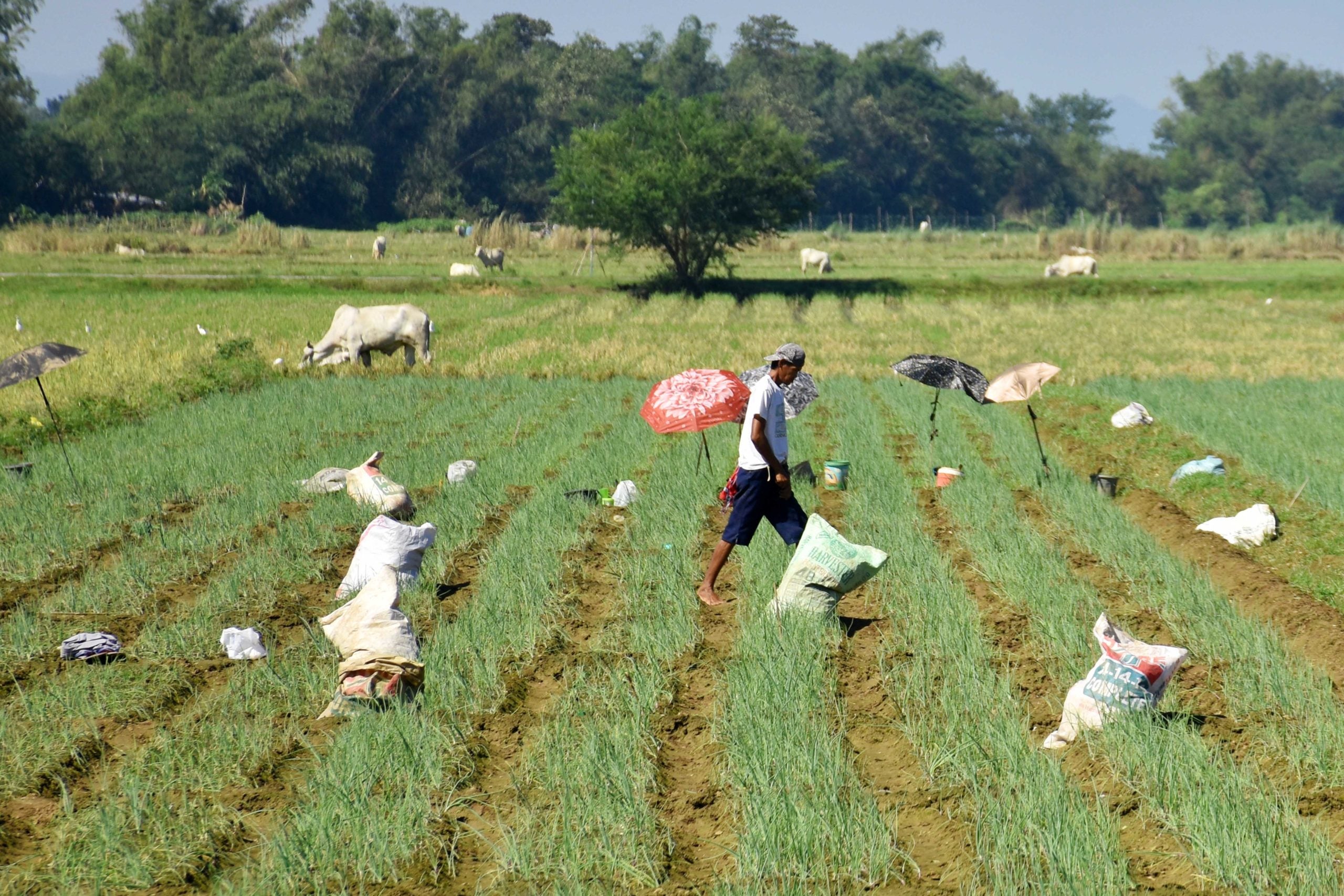 FIELD OF SPICE A farmer in Malasiqui town, Pangasinan province, checks his onion farm in this photo taken in November last year. Onion growers in the nearby town of Bayambang have raised concern about decreasing production as armyworms ravage their farms. —WILLIE LOMIBAO

BAYAMBANG, PANGASINAN—Armyworms have ravaged at least 700 hectares of onion farms in this agricultural town, resulting in reduced production and high prices of the bulbs since last month, officials said.

While damage from the infestation had yet to be determined, farm gate price of onions rose from P40 a kilo in December 2020 to P45 a kilo this month, said Rodolfo Ragos, high-value crops coordinator of the municipal agriculture office.

“Armyworms are most destructive at larval stage when they can decimate an entire farm in one day, or hours, if the onions are still young or seedlings,” Ragos told the Inquirer.

Onion farming covers around 1,500 ha of agricultural land in Bayambang, mainly producing bulbs of the red variety. Less than 100 ha are planted to the white variety.

Ragos said some portions of the affected farms could still be salvaged.

The Department of Agriculture (DA) and the municipal agriculture office have given farmers “lure traps” to help eradicate the worms.

According to Ragos, the traps attract and capture male moths (adult armyworms), preventing them from mating with female moths. A female armyworm can lay 800 to 1,000 eggs that hatch into a million worms. 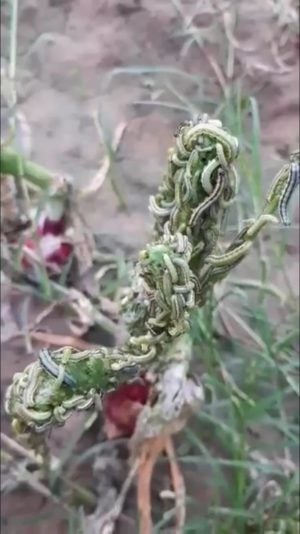 DESTRUCTIVE Armyworms can decimate an entire onion farm in a day or within hours, according to agriculturists. —CONTRIBUTED PHOTO

Farmers said the pests began to surface during the last week of December 2020 while they were still reeling from bulb rot and onion twister, which are common diseases affecting bulbs.

“Onions that are in still in the vegetative stage are susceptible to diseases, especially during incessant rains that we [experienced] in recent months,” Ragos said.

Dean Roque, 52, of Barangay San Gabriel I, said he and the other farmers were struggling to recover the cost of pesticides, which could hardly control the pests.

They had to spend P400,000 for farm inputs and pesticides for a hectare when armyworms attack, more than double their normal expenses of less than P200,000, he said.

“Most of us would be lucky if we could still save 50 percent of our plants. We’re spending more time spraying pesticides to prevent the pests from gobbling up the leaves,” Roque said.

Jovy Datuin, DA regional technical director for research and regulations, said the affected farmers would be given organic fertilizers made from kelp to also serve as pesticides.

“The kelp seaweeds will rejuvenate the affected plants. It will increase the plants’ brix or sugar content, which pests do not like, eventually starving and killing the pests,” Datuin said. —YOLANDA SOTELO

Read Next
UK taking steps to protect itself against Brazilian COVID-19 variant, says PM Johnson
EDITORS' PICK
Duterte: Authorities may take over hotels, but it’s not a ‘remedy’ in a democracy
When will PH get enough COVID-19 vaccines? ‘I really don’t know,’ Duterte says
Smart introduces Smart Barkada with the launch of Double GIGA
LT Group, Inc. Notice of Annual Shareholders’ Meeting 2/2
Duterte defends govt’s efforts vs COVID in 2020
Smart is fastest 5G Network in PH – Ookla
MOST READ
‘Duterte a total failure as leader. He must step down’ – group
Duterte ‘privately’ dealing with China invasion in West PH Sea – Palace
Ramon Tulfo says gov’t running PH like a ‘headless chicken’
Stop acting like a colonizer, PH business groups tell China
Don't miss out on the latest news and information.