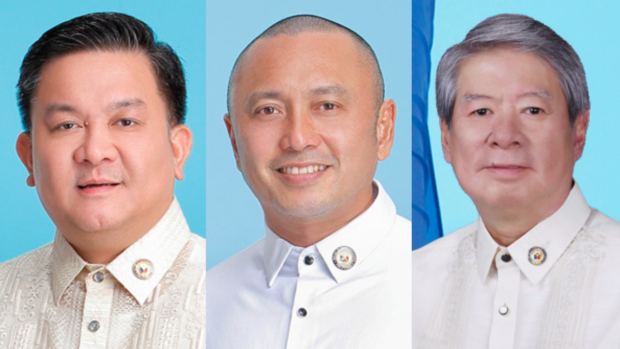 Senior Deputy Speaker Salvador “Doy” Leachon said the launching of Cayetano’s House bloc was an “obvious publicity stunt and gimmickry from someone who’s trying to revive his political career.”

Leachon also criticized Cayetano for his “baseless and unfair tirades” against the leadership of Velasco.

During the formal launch of the new House faction in Quezon City, Cayetano said BTS sa Kongreso, in which “BTS” stands for “Back to Service,” was a call to action and not just a name.

“Dati panay serbisyo, ngayon panay politika, (Before it was pure service, now it’s just pure politics),” Cayetano said of the state of the House of Representatives under Velasco.

In the same press conference, Cayetano said his group was not after the speakership.

Another Velasco ally, Negros Oriental 3rd District Rep. Arnolfo Teves, said the ousted speaker must be reminded of what he did last October, which supposedly angered President Rodrigo Duterte and later resulted in his removal as top House leader.

“Lest we forget, it was Cayetano who didn’t want to have a full deliberation of all agencies for the national budget, which Speaker Velasco did and successfully finished the budget within the necessary period to ensure that it will not be reenacted,” Teves said.

Teves added that Cayetano was “nowhere to be found” when the House passed the 2021 national budget.

(Did Cayetano even show up in Congress, or did he make a big contribution since he was ousted as Speaker?)

As for Probinsyano Ako party-list Rep. Jose Singson Jr., Cayetano and his allies appeared to be “self-entitled, petulant children” during the launch of their new bloc.

“They kept on emphasizing that they will continue to work as congressmen, despite losing their committee chairmanships and positions,” he said.

“Since when is this a pre-requisite to work? So, taong bayan pa ang may utang na loob sa kanila dahil nagtratrabaho sila kahit wala silang special appointments? Talk about being spoiled brats!,” he added.

(Since when is this a pre-requisite to work? So, should people be thankful for them since they are working without special appointments? Talk about being spoiled brats!)