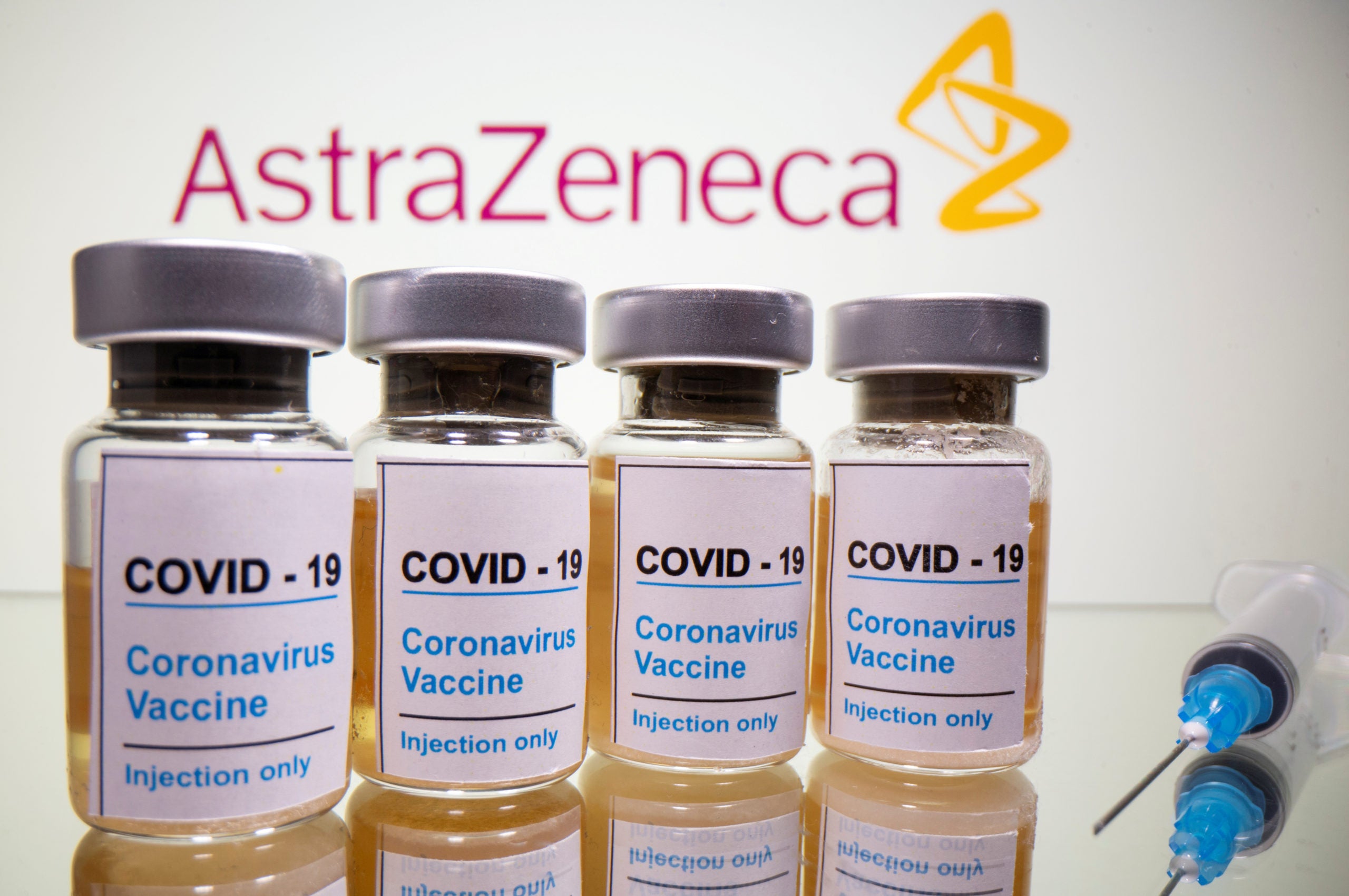 FILE PHOTO: Vials with a sticker reading, “COVID-19 / Coronavirus vaccine / Injection only” and a medical syringe are seen in front of a displayed AstraZeneca logo in this illustration taken October 31, 2020. REUTERS/Dado Ruvic/Illustration

MANILA, Philippines — The national government, about 300 companies, and 39 local government units have signed a tripartite agreement to secure 17 million doses of vaccines from British drugmaker AstraZeneca.

“Today, we are delighted to conclude 17 million doses which can reach millions of Filipinos through the close collaboration between AstraZeneca, the Philippine government, local government units and private sector donors,” Ramin said.

Ramin also noted that AstraZeneca is closely working with the Food and Drug Administration to secure their vaccine’s emergency use authorization (EUA).

“In the second batch, about 300 companies, this time supported the program. And of course, our LGUs who are now part of Dose of Hope, 39 of them,” Concepcion said.

“And thank you to President and Secretary Galvez for allowing the LGUs to be part of this tripartite agreement and forge one of the best public-private partnerships that I’ve seen,” he went on.

Several LGUs, most of which are from Metro Manila, have already signed deals with the national government and AstraZeneca to secure vaccines for their constituents.

In a pre-recorded message aired during the event, President Rodrigo Duterte said that national recovery is now “within sight” due to efforts of the government, local government units and private efforts to secure vaccines.

“There is light at the end of the tunnel. National recovery is within sight. As we bounce back and heal as one I commend the business community and the LGUs for your ramping up support for our nation’s fight against Covid-19,” Duterte said.

“Our tripartite agreement is a true showcase of unity, of purpose, and principled partnership benefitting our public. This is bayanihan at work,” he added.