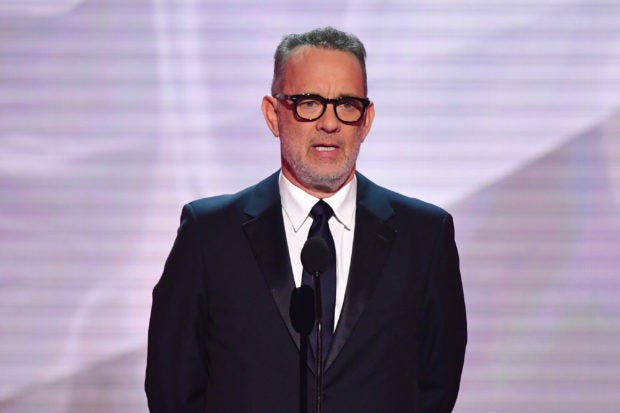 In this file photo actor Tom Hanks speaks onstage during the 25th Annual Screen Actors Guild Awards show at the Shrine Auditorium in Los Angeles on January 27, 2019.  The “Forrest Gump” star will host a special program broadcast simultaneously on all major US networks on the night of Us President -elect Biden’s inauguration, American media reported. (Photo by Frederic J. BROWN / AFP)

NEW YORK – Joe Biden has cast himself as a unifier for the nation, but there is someone else the incoming administration hopes can help start healing a divided United States next week: universally beloved actor Tom Hanks.

The “Forrest Gump” star will host a special program broadcast simultaneously on all major US networks on the night of Biden’s inauguration, American media reported. 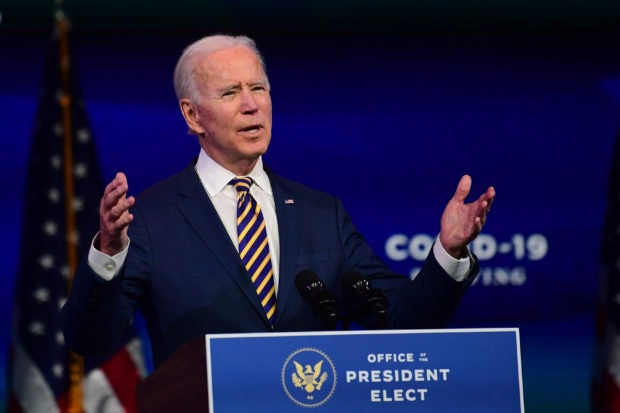 “I’m SO honored to announce that I will be joining @JoeBiden & @KamalaHarris for their special event,” Lovato wrote on Twitter.

The broadcast — organized by the Presidential Inaugural Committee — will replace the usual festivities at the swearing-in ceremony, canceled this year because of the coronavirus pandemic.

Trump had to settle for less well-known artists in 2017 due to his unpopularity in the entertainment world. Country singer Toby Keith headlined the event.

The Hanks-hosted primetime special on Wednesday January 20 will start at 8:30 pm Eastern Time (0130 GMT Thursday) and will be aired on ABC, CBS, NBC, CNN and MSNBC.

It will pay tribute to “American heroes,” including workers on the frontlines in the fight against COVID-19.

Read Next
Trump impeached for unprecedented second time
EDITORS' PICK
PNP’s Covid-19 cases jump to 9,809; 52 new infections logged
Pope Francis to miss events due to new flare up of leg pain—Vatican
New Year, New Rediscoveries
More than 150 National Guard in Washington for Biden inauguration test positive for coronavirus
Is your company a growth champion? Stand up and be recognized!
Acer Philippines welcomes you to its first flagship store
MOST READ
AFP to apologize to UP alum falsely included in list of NPA members — Lorenzana
Former US envoy to PH Sung Kim appointed to State Department
Tennis: Alex Eala claims first pro title
Ellen DeGeneres, too, is baffled by viral Filipino soda ad
Don't miss out on the latest news and information.