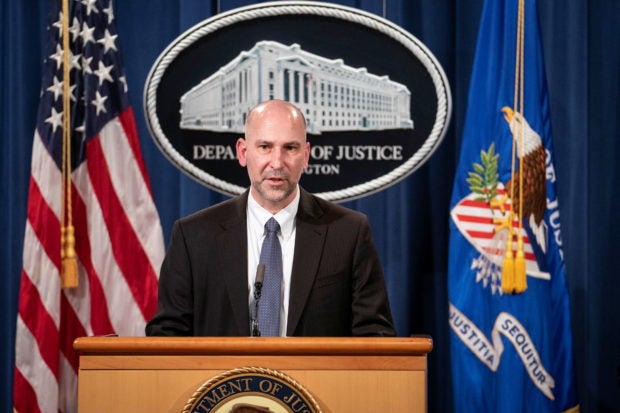 Steven D’Antuono, head of the Federal Bureau of Investigation (FBI) Washington field office, speaks during a news conference at the U.S. Department of Justice in Washington, D.C., U.S., January 12, 2021. The acting attorney for Washington and FBI provided an update on criminal charges related to the Jan. 6 siege at the U.S. Capitol. Sarah Silbiger/Pool via REUTERS

WASHINGTON — The United States has opened criminal investigations of more than 170 people who stormed the Capitol last week and plans to charge some of the most serious offenders with assault and seditious conspiracy for their role in the violence, a federal prosecutor said on Tuesday.

Acting Washington, D.C., U.S. Attorney Michael Sherwin said his office expects hundreds of people ultimately to be charged as the Federal Bureau of Investigation reviews more than 100,000 photos and videos of the unrest – some of which were taken by participants as they smashed windows and stole things.

“The scope and scale of this investigation and these cases are really unprecedented, not only in FBI history, but probably DOJ history,” Sherwin told a news conference. “The Capitol grounds outside and inside are… a crime scene.”

Sherwin said 70 criminal cases have been filed to date, but he predicted that hundreds of cases will come out of the probe.

While many of them involve people whose photos went viral on social media, such as one of a man pictured sitting at the desk of a staffer of House Speaker Nancy Pelosi, he said more serious charges are coming and a grand jury has been reviewing the cases.

“We’re looking at significant felony cases tied to sedition and conspiracy,” Sherwin said, noting his office has launched a strike force whose marching orders are to build criminal cases around such charges.

He added that other strike forces have been formed to focus on assaults on law enforcement and members of the media.

“The range of criminal conduct is really… unmatched in any type of scenario that we’ve seen,” Sherwin said, noting it runs the gamut from “simple trespass” and “theft of mail” to “felony murder and even civil rights excessive force.”

Aaron Mostofsky, whom multiple news outlets identified as the son of New York Supreme Court Judge Shlomo Mostofsky, was arrested after photos of him at the U.S. Capitol dressed in a fur costume appeared in an article by the New York Post. 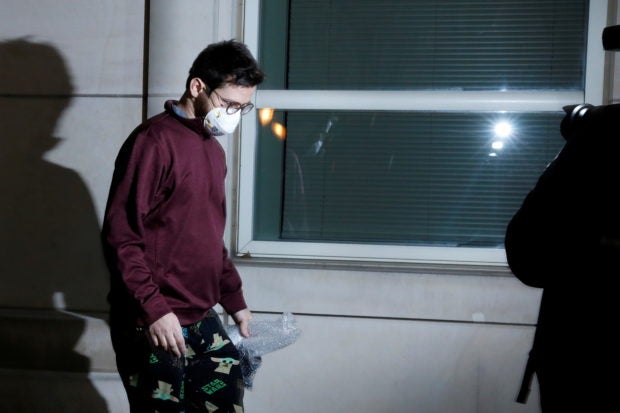 He was charged with theft of government property, unlawful entry, knowingly impeding government business and disorderly conduct. He was released on a $100,000 bail following a court hearing in Brooklyn on Tuesday, where his attorney, Jeffrey Schwartz, said his client “was not part of the mob and was not rampaging.”

Louis Capriotti, 45, of Illinois, was also charged on Tuesday for leaving a threatening voice mail to a member of Congress in late December.

Several other suspects appeared in federal courts around the country on Tuesday, including Lonnie Coffman, whom a judge ordered be detained after police discovered explosives and guns in his car, along with handwritten notes containing the name of a member of Congress.

Steven D’Antuono, the assistant director in charge for the FBI’s Washington, D.C. office, said the bureau has been combing through more than 100,000 photos, video and other tips it has received since last week.

Republican Senator Bill Cassidy on Tuesday tweeted photos he said he had received from Capitol Police and added that the man pictured was wanted for questioning in connection with the murder of Capitol Police officer Brian Sicknick. He later corrected his tweet, saying the man is a person of interest “for a separate incident that occurred” at the Capitol.

D’Antuono declined to comment on whether the man in the photo is a suspect.

Capitol Police and other federal law enforcement have been facing criticism for why they were not better prepared for the attack.

On Jan. 5, the FBI’s office in Norfolk, Virginia, circulated a bulletin warning that extremists were preparing to travel to Washington to commit violence and “war,” a law enforcement source told Reuters. The source said the information in the bulletin was “raw, open source” intelligence, meaning that the FBI had not confirmed it.

D’Antuono confirmed the FBI was aware of intelligence about potential violation ahead of Jan. 6, as well as the bulletin in question.

“We immediately shared that information and action was taken,” he said.