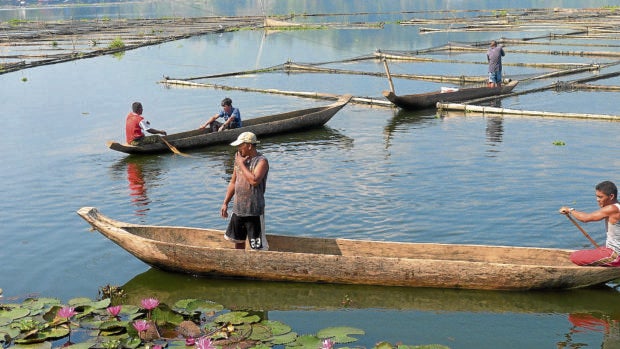 Lake Sebu Mayor Floro Gandam said at least 250 tilapia growers would get aid from the local government to recover their losses estimated at P20 million.But officials who joined an emergency meeting which Gandam convened on Monday did not think the damage was extensive enough to place the town under a state of calamity.

Christopher Ofong, the municipal information officer, said the disaster risk reduction and management office decided against recommending the declaration of state of calamity because some criteria were not met, such as the condition that the fish kill should affect at least 20 percent of the population.

The fish kill affected at least 10 subvillages in three of the town’s 19 barangays, Ofong said.Rudy Muyco, the municipality’s lake warden, said dissolved oxygen in the lake was “almost at zero level,” as shown by results of a water analysis conducted by the Bureau of Fisheries and Aquatic Resources.

Oxygen level in the lake would “naturally improve with regular heavy rainfall and eight to 10 hours of sunlight,” allowing fish to survive, Muyco said.But he said damage to the tilapia industry was expected to rise as the fish kill continued to hit some fish cages, which cover 16 percent, or 57 hectares of the lake’s total area.

Local officials attributed the fish kill to a phenomenon called “kemohung,” or “kamahong,” marked by sudden changes in the lake’s temperature. Usually occurring during the wet season, the phenomenon triggers the rise of sulfuric acid that eventually lowers the dissolved oxygen in the water.

The fish kill has worsened since it was first observed on Jan. 8, prompting growers to harvest their tilapia stock and flood wet markets in different parts of Soccsksargen (South Cotabato, Cotabato, Sultan Kudarat, Sarangani and General Santos) region.

The resulting oversupply caused tilapia farm-gate prices to drop to an average of P100 per kilo. Tilapia stocks are usually sold in commercial markets at P130 to P150 a kilo.

In 2017, a series of major fish kills blamed on kamahong hit portions of the mountain lake, destroying some 1.4 million kilos of tilapia valued at P126 million. —BONG S. SARMIENTO INQ