House leaders back move to amend economic provisions of Charter 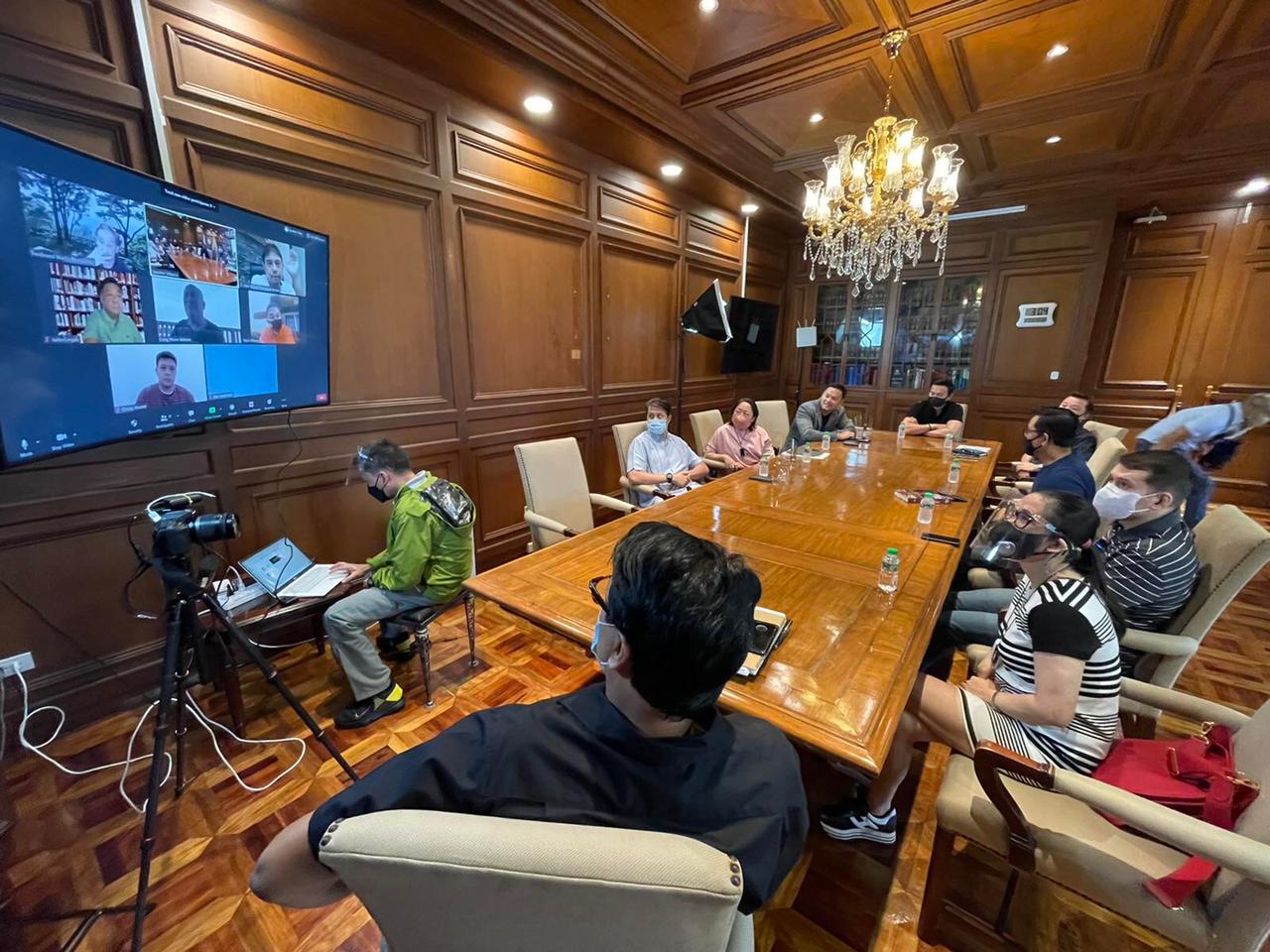 Speaker Lord Allan Velasco meets with leaders of various political groups and power blocs at the House of Representatives, a day ahead of the scheduled resumption of debates on his proposal to amend economic provisions of the 1987 Constitution. Photo from Velasco’s office

MANILA, Philippines — Leaders of political groups and power blocs in the House of Representatives have rallied behind Speaker Lord Allan Velasco’s move to amend the 1987 Constitution, particularly its “restrictive” economic provisions.

Velasco met with party leaders and other political leaders on Tuesday, a day before the House resumed the debates on his Charter change proposal.

“There is a strong and united consensus among political leaders in the House to back Speaker Velasco’s initiative towards liberalizing the economic provisions in the Constitution,” Deputy Speaker Bernadette Herrera said after the meeting.

Velasco, through Resolution of Both Houses No. 2, sought to amend Sections 2, 3, 7, 10 and 11 of Article XII (National Patrimony and Economy), Section 4 of Article XIV (Education, Science and Technology, Arts, Culture and Sports) and Section 11 of Article XVI (General Provisions).

The measure seeks to add the phrase “unless otherwise provided by law” to several sections of the Constitution restricting foreign ownership of land, natural resources, public utilities, educational institutions, media and advertising.

House committee on constitutional amendments chairperson Alfredo Garbin Jr. maintained that discussions on Charter change would only be limited to economic provisions regarding the damaging effects of the Covid-19 pandemic to the Philippine economy.

The slight change in the Constitution’s language, he said, would help “improve the investment climate and generate much-needed investments and jobs to offset the devastating economic impact of the pandemic.”