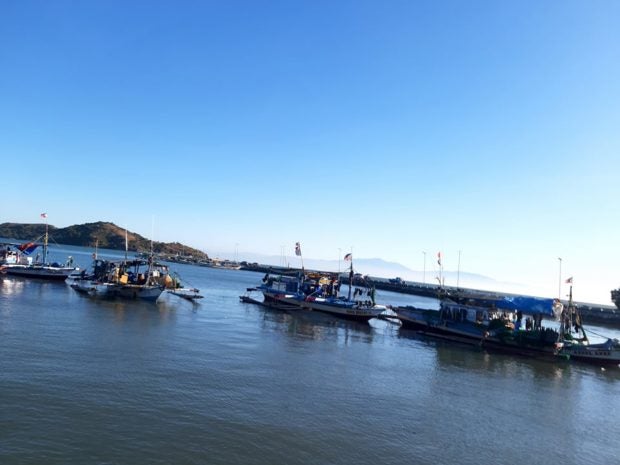 The Bureau of Fisheries and Aquatic Resources in the Ilocos Region has seized these undocumented commercial fishing boats that were found to be operating in the Lingayen Gulf. The boats were using Danish seines or fishing nets that are banned under Philippine fishery laws. Photo courtesy of BFAR-Region 1

Segundina Gaerlan, Bureau of Fisheries and Aquatic Resources (BFAR) Ilocos regional director, said on Monday, Jan. 11, that the agency acted on reports that the boats were operating in the Lingayen Gulf.

Seven of the ten boats were already docked at the Philippine Fisheries Development Authority Port in Sual, when the authorities arrived on Jan. 9, but these were towed to the municipal fishing wharf.

Three boats were still in the Gulf and could not be towed because of low tide.

Found in the vessels were Danish seines, locally known as “hulbot hulbot” or “buli buli,” that are prohibited in Philippine waters under the Fisheries Administrative Order 246-1 issued in 2018.

BFAR has yet to determine the boats’ owners.

Gaerlan said administrative cases would be filed against the boat owners and workers.