Ex-DOJ chief Aguirre returns to gov’t; gets appointed to Napolcom 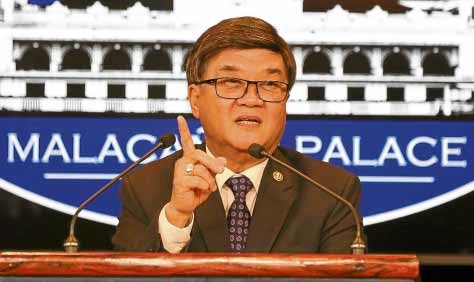 Presidential spokesperson Harry Roque confirmed this on Monday in a message to INQUIRER.net.

“We confirm that President Rodrigo Roa Duterte has signed the appointment of Mr. Vitaliano ‘Vit’ Aguirre II as Commissioner of the National Police Commission (Napolcom) representing the private sector,” Roque said in a separate statement.

“Mr. Aguirre served as Department of Justice (DOJ) Secretary during the early years of the Duterte Administration. This bodes well in his new position to make the police service competent, effective, credible and responsive to our people’s needs. Good luck to Mr. Aguirre in his present appointment,” he added.

This was after Malacañang said the President was displeased with the dismissal of drug charges against confessed drug dealer Rolando “Kerwin” Espinosa Jr., alleged drug lord Peter Lim, and more.

Last year, Aguirre was linked to the “pastillas” scheme where bribes were paid to grease the entry of Chinese citizens in the country which he vehemently denied.