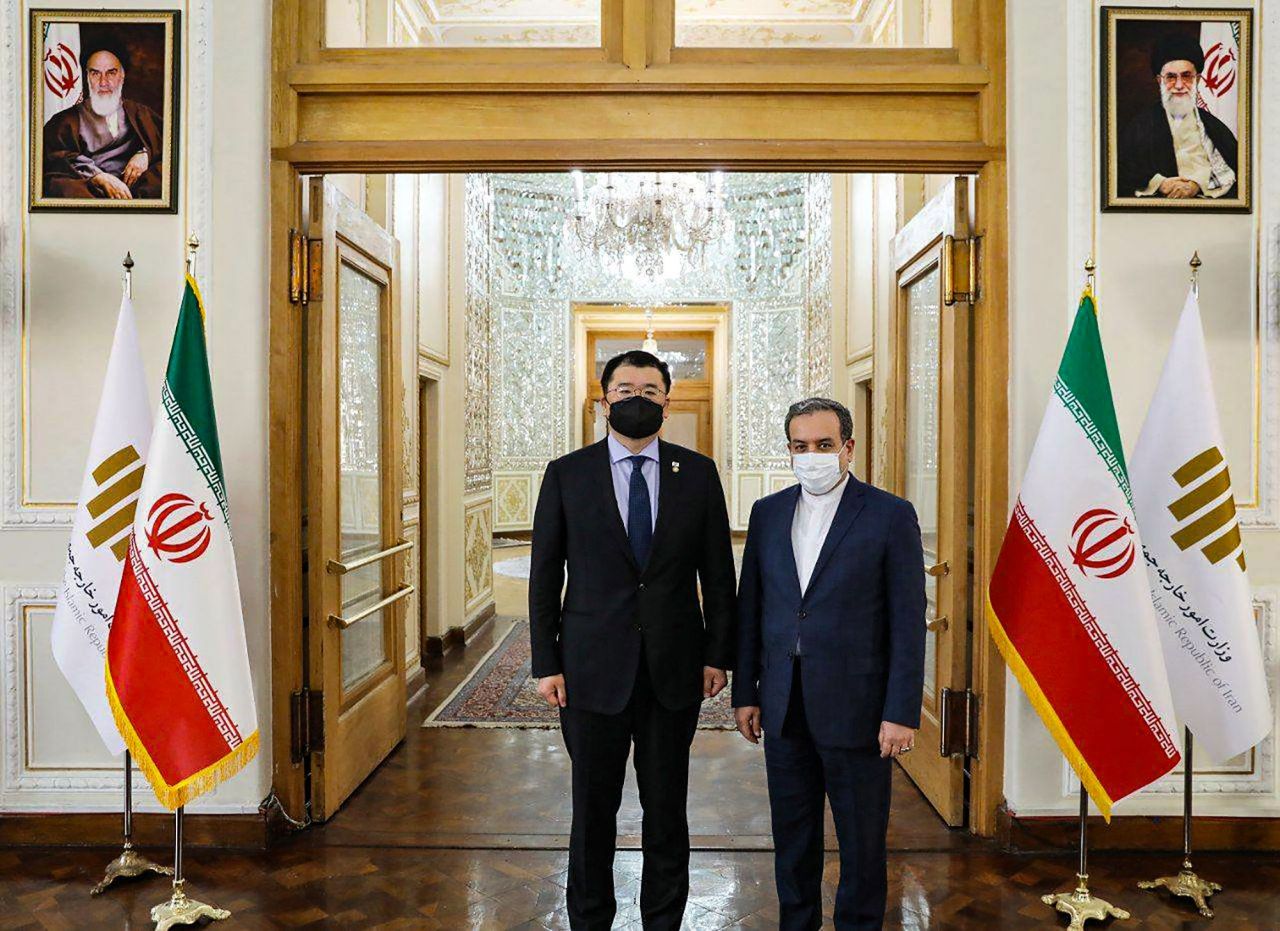 SEOUL — South Korea and Iran remain at odds on the issue of a South Korean tanker in Iranian custody despite senior diplomats’ efforts to negotiate the release of the vessel and Iranian funds frozen in Korean banks.

Choi’s meeting came days after Iran’s Revolutionary Guards seized South Korean tanker MT Hankuk Chemi and its 20 crew members in the Persian Gulf on Jan. 4, citing “environmental and chemical pollution concerns.” The timing of the seizure, which came amid rising tensions between the two countries over nearly $7 billion worth of Iranian funds frozen in South Korea due to US sanctions, raised speculation that the latest action was made to gain leverage and pressure Seoul into releasing the money.

During the meeting, Choi called for the swift release of the tanker and requested Iran to provide substantial evidence to back up its claim that the vessel violated environmental protocols, according to the Foreign Ministry.

In response, Araghchi told Seoul not to “politicize the issue” and wait until the factual investigation is completed by the Iranian judiciary, German news agency DPA reported citing Iran’s state-run news agency IRNA.

Araghchi stressed the tanker was seized because it was leaking oil and polluting the waters, making it the issue not “political but technical.”

During the talks, Araghchi said the Iranian funds in Korea remain tied up in Korea due to a “lack of political will on the part of the South Korean government, rather than the oppressive US sanctions,” according to the IRNA.

The Iranian official said Korean banks have illegally blocked Iran’s assets for nearly two years as a way of “giving into the US excessive demand,” calling on Choi to find necessary mechanism to solve the issue as the “first priority” in bilateral ties.

The tension between Seoul and Tehran has simmered over about $7 billion in Iranian revenue from oil sales frozen in Korean banks since 2019 due to sanctions reimposed on Iran by the Donald Trump administration, after Washington’s unilateral decision to withdraw from the 2015 nuclear accord.

Iran has been demanding Seoul grant access to the funds for some time, with the two sides and the US in talks to use part of the money to purchase COVID-19 vaccines and medical equipment for Iran.