CAVITE CITY—The Philippine Navy’s Naval Air Wing is set to build new hangars in its headquarters in the coming months as it continues to acquire more aircraft.

Navy officials, led by Naval Air Wing commander Commodore Karl Decapia and a representative from the RD Mandanas Construction, the civilian developer of the hangar, broke ground for the first of the three planned hangars at Naval Base Heracleo Alano in Sangley Point, Cavite City on Monday (Jan. 11). 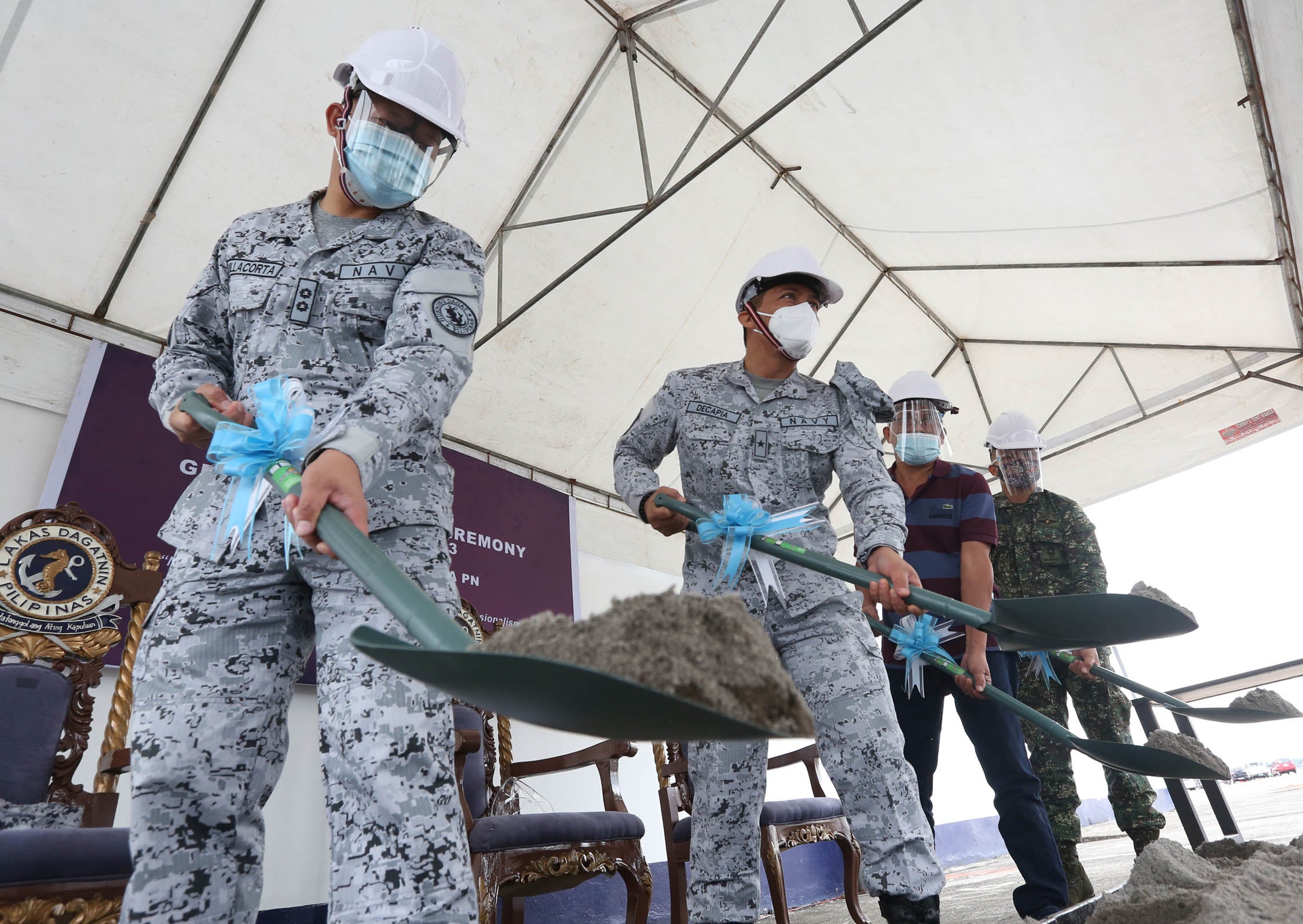 Navy officials break the ground for the first of three new hangars of the Naval Air Wing headquarters in Cavite City, marking the start of construction. MARIANNE BERMUDEZ/ PDI

The new P12-million hangar, dubbed as Hangar Nr. 3, will be a replica of the two long-existing hangars of the wing. It will be the first time that the 73-year-old unit will build a new hangar at the naval base in decades.

The Naval Air Wing planned to build two hangars in the first five months of 2021, or before the monsoon season starts. The last remaining hangar’s construction is planned for later in the year. Each hangar would have an average area of at least 700 square meters which could accommodate up to six aircraft. 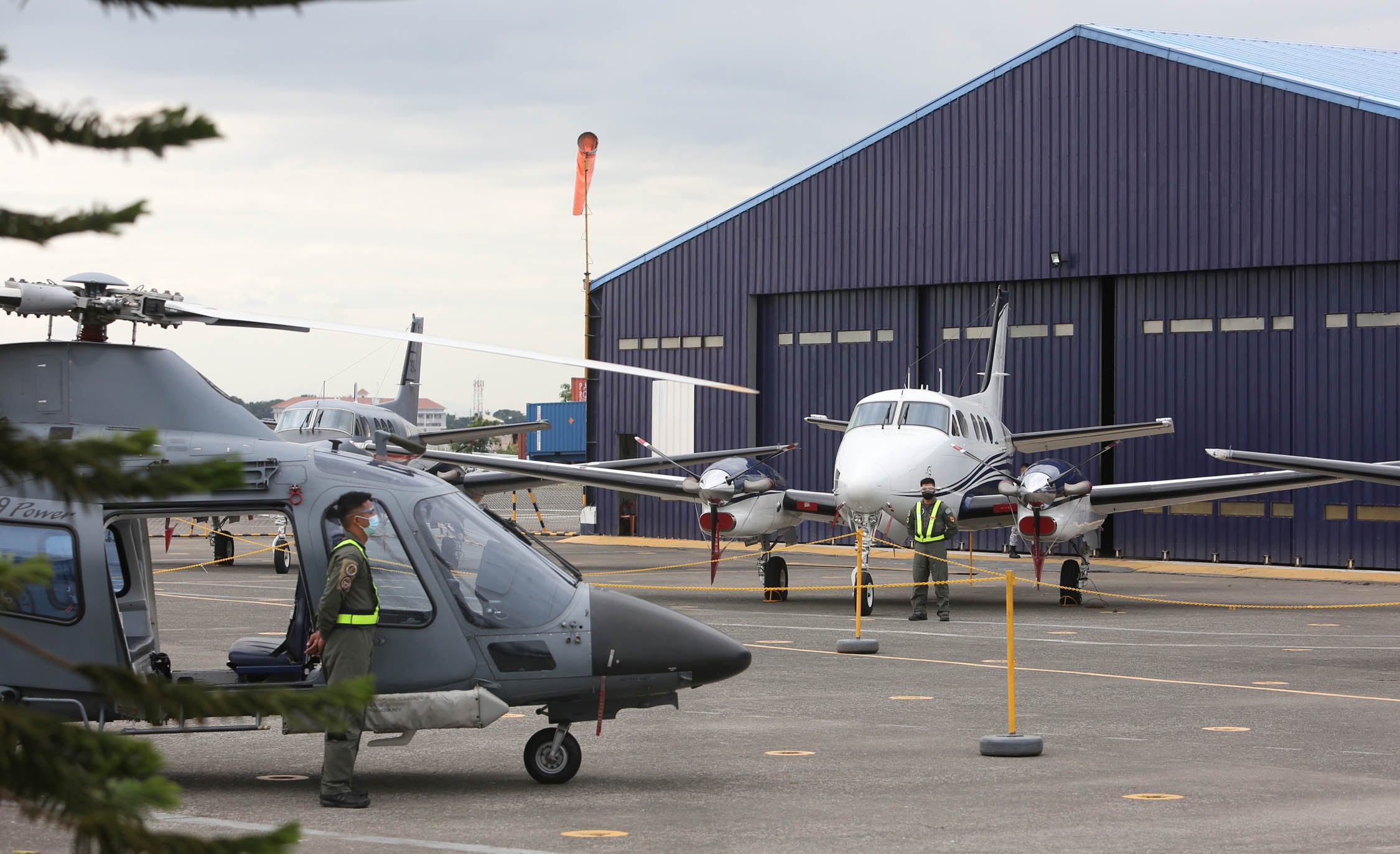 The future hangars of the Naval Air Wing will have an average size of 700 square meters, which can accommodate up to six aircraft simultaneously. MARIANNE BERMUDEZ/ PDI

The wing was upgraded from its group status in 2019. Its mission is unique from the Air Force, as it focuses on maritime defense and sea control, which is crucial, especially in times of conflict.

As a junior naval aviator in the early 90s, Decapia recalled that the Philippine Navy had only few aircraft at the time.

“When I entered the Naval Air Wing, you can count the airplanes with your fingers,” he said in Filipino. “We only have a few aircraft back then and they weren’t that modern. Now we don’t only have modern aircraft but also expensive aircraft,” he said in a speech during the groundbreaking ceremony.

Some of the future acquisitions of the Naval Air Wing in the coming years included the multi-purpose amphibious aircraft, medium and heavy-lift helicopters and the upgrade of naval helicopter weapons.

The unit is also expecting to acquire up to eight Beechcraft C-12 Huron aircraft from the United States within the year. A joint visual inspection of the planes in the US is scheduled in the first quarter of 2021.

The wing is also setting its sights on getting funding for long-range maritime patrol aircraft, and preparations are underway to acquire it, said Decapia, who is optimistic that this would be considered by senior defense officials.

He said the unit has already prepared the proposed circular of requirements and terms of reference so it’s ready when funds would be available.

“With the security situation right now, especially in the West Philippine Sea, this is what we need,” Decapia said, referring to the superior intelligence, surveillance and reconnaissance capabilities of the aircraft.

Read Next
Pacific’s Micronesia records first COVID-19 case
EDITORS' PICK
Acer Philippines welcomes you to its first flagship store
Pope Francis to miss events due to new flare up of leg pain—Vatican
PNP’s Covid-19 cases jump to 9,809; 52 new infections logged
New Year, New Rediscoveries
Is your company a growth champion? Stand up and be recognized!
More than 150 National Guard in Washington for Biden inauguration test positive for coronavirus
MOST READ
Former US envoy to PH Sung Kim appointed to State Department
Dustin Poirier knocks out Conor McGregor at UFC 257
Ellen DeGeneres, too, is baffled by viral Filipino soda ad
AFP to apologize to UP alum falsely included in list of NPA members — Lorenzana
Don't miss out on the latest news and information.