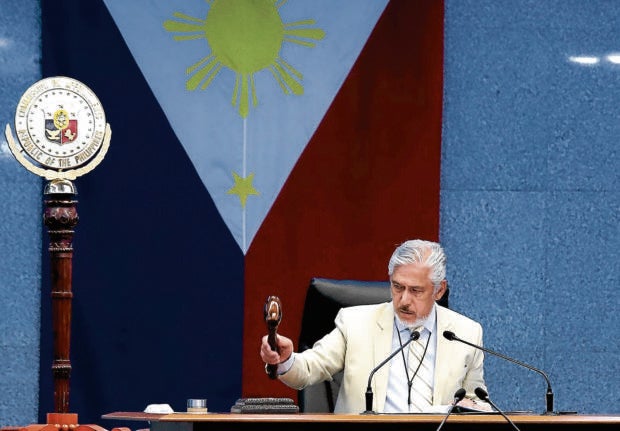 MANILA, Philippines — Will they ignore the elephant in the room?

The senators launch their inquiry into the government’s coronavirus vaccination program on Monday to find answers to questions about the overall plan and sourcing of P72.5 billion for vaccines, how soon front-line health workers can be inoculated, and how health officials may have dropped the ball on earlier deals to procure millions of doses of the globally sought shots.

But all ears are going to be on whether the senators discuss a peripheral but politically charged issue that President Rodrigo Duterte has warned them to steer clear of — how and why members of the Presidential Security Group (PSG) have been inoculated with a China-made vaccine that has not yet been approved by the Philippine regulator and entered the country without the knowledge of customs authorities.

Senate President Vicente Sotto III said on Sunday he would not stop his colleagues from bringing up the matter at Monday’s hearing, but there was a catch.

“Anyone can raise the issue when he or she has the floor — but who will answer? I did not invite any official connected to that issue because it’s not [on] the agenda,” he told the Inquirer in a Viber message.

In a radio interview on Saturday, the Senate leader said he might put the matter to a vote.

“If the Senate majority decides, ‘yes, let’s do it,’ I can’t do anything about it, right? We will follow [the will of the majority]. But I seriously doubt it. We will be sidetracked,” he said.

“The main concern of the committee of the whole is the road map, how can we resolve the COVID-19 problem?” he said.

Some of the Cabinet officials who have confirmed attendance in Monday’s hearing are the head of the vaccine program, Secretary Carlito Galvez Jr., Health Secretary Francisco Duque III, Budget Secretary Wendel Avisado, and Food and Drug Administration (FDA) Director General Rolando Domingo, according to Sotto’s office.

In December, the PSG commander, Brig. Gen. Jesus Durante III, disclosed in a TV interview that the presidential guards received their first dose in September and the second in October, and that they vaccinated themselves without help from medical professionals.

Without identifying the person who provided the vaccine, Durante said it was his own decision to make the request and that he did not ask for permission from Duterte to have the presidential bodyguards vaccinated.

The President mentioned the PSG vaccinations during a televised meeting with health experts in Malacañang on Dec. 26. He identified the vaccine used as the one developed by Sinopharm.

But according to the FDA, it has not yet approved the vaccine, New Crown, for local use and distribution.

This prompted calls, including by Senate Minority Leader Franklin Drilon, to summon the PSG commander to the Senate to shed light on the unauthorized vaccinations, which angered Duterte.

In a televised address on Jan. 4, the President warned Congress not to “tinker” with his security group. “If you do that, there will be a little crisis. It’s in your hands. I’m prepared to defend my soldier[s]. I will not allow them for all their good intentions to be brutalized in a hearing,” he said.

Drilon did not immediately respond to the Inquirer’s questions on Sunday on whether he intended to raise the PSG vaccination during the hearing.

Last week, the opposition senator said the President was within his rights to invoke executive privilege to stop the PSG from testifying in congressional inquiries, but added that the lawmakers could extract information from other sources.

Sen. Francis Pangilinan, who proposed convening the Senate into a committee of the whole to discuss the vaccination program, said Monday’s hearing would give Filipinos a clear picture of the government’s plan to secure the vaccine for the nation.

“It feels like we are all in a pressure cooker while there’s still no clear plan to eliminate COVID-19. Pressure is building up because of our limited movements due to quarantine restrictions,” he said in a statement.

Sen. Panfilo Lacson said that while the Senate could take up the issue of the presidential guards getting vaccinated first and potentially illegally, focus should be on how to make vaccines available to the people.

“It’s a matter of prioritization,” he said in a radio interview.

The senator said front-line health workers who had been risking their lives fighting the coronavirus “deserve to know the details of the government’s overall vaccination plan—if there is one.”

“Do we have a clear vaccination plan? Based on our conversations with doctors and front-liners, it appears we don’t. But front-liners are waiting to know when they would be prioritized in the vaccination program,” he added.

Lacson said he would also pursue the government’s “dropping the ball” on at least two opportunities when it could have gotten vaccines from the US company Pfizer and China’s Sinopharm.

In both cases, he said the two companies ultimately did not allocate vaccines for the Philippines because Duque allegedly did not act promptly on the paperwork.

Lacson cited information he received that in the case of Sinopharm, there was an offer to enter into a joint venture with Philippine pharmaceutical companies to conduct clinical trials, research and technology transfer here so that vaccines could be locally produced in the Philippines.

But the Department of Health did not act soon enough, he said.

Worse, Lacson said, the inaction had given rise to speculations that some in the government were “waiting” in favor of another Chinese brand, Sinovac Biotech’s CoronaVac.

“Why did we miss at least two opportunities to procure vaccines?” Lacson said. “We had set aside more than P70 billion for vaccines for 2021, and we have entered into loans for the purpose, so the money is available. The problem is that someone dropped the ball on the paperwork,” he said.

“Now, even Bangladesh is ahead of us as far as getting vaccines is concerned,” Lacson said.

In the face of delays in vaccine procurement and potential delays in the rollout, Sen. Risa Hontiveros called on Galvez and Duque to present a contingency plan to combat what could be the inevitable spread to the Philippines of the new coronavirus variant originating from the United Kingdom.

“We cannot afford to be in denial in the face of the threat of new [coronavirus] variant. Not only is our vaccine procurement slow, but our testing and laboratory operations are weak. We can’t go back to square one,” Hontiveros said in a statement on Sunday.

She urged Galvez and Duque to take immediate steps to contain the spread of the variant, which “could already be in the country.”

Citing an estimate by Dr. John Wong of the health research company EpiMetrics Inc., Hontiveros warned that the variant “could increase the number of cases in the country by 15 times.”

“It is also reportedly 70 percent more infectious than the original [virus],” she said.

“Are our hospitals prepared if our cases jump to 300,000 a month? That’s almost our 2020 infections in a single month. We must stop the complacency,” Hontiveros said.

She also said there could be “missing cases” because the country’s coronavirus response became lax during the Christmas and New Year holidays.

The drop in the number of new infections in December despite the increase in foot traffic outdoors could be an indicator of decreased testing, she said.

This is extremely worrisome, she said, “because it means there is an increase in infections going undetected.”

Read Next
No political amendments in the Constitution, says House panel chair
EDITORS' PICK
Experience clearer calls nationwide with Smart VoLTE
What Went Before: Deal bars police, military ops from UP campuses
UP community slams scrapping of DND pact
Duterte will get COVID-19 vaccine shot in private
PHI and Primark vs. Premier, SM Investments Corporation and CAIL
New Year, New Rediscoveries
MOST READ
Duterte not consulted on decision to end UP-DND accord, says Palace
Proposed toll for newly opened Skyway 3 ranges from P110 to P274
Public has legal basis to demand disclosure of COVID-19 vaccine prices
PH envoy to US gets first shot of Moderna’s Covid-19 vaccine
Don't miss out on the latest news and information.

Trump clemency likely for Lil Wayne, no pardons for Giuliani or Bannon — sources

Pagasa: LPA near E. Samar has potential to become first storm of 2021