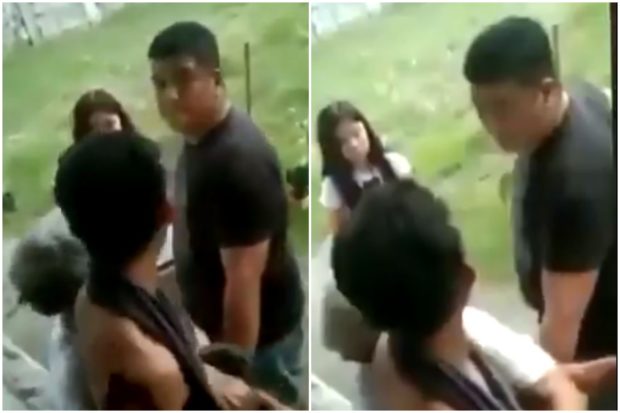 The video showed Mrs Sonya Gregorio with her arms wrapped tightly around her son Frank Anthony Gregorio as they were being confronted by Sergeant Jonel Nuezca. SCREENGRABS FROM @_TAETAEHYU_/TWITTER via The Straits Times/Asia News Network

CITY OF SAN FERNANDO–The police officer caught on tape shooting to death his two neighbors in Paniqui, Tarlac has pleaded not guilty to murder charges filed against him, an official said on Sunday.

Nuezca will be tried for two counts of murder for the death of his neighbors, Sonya Gregorio and her son Frank Anthony. 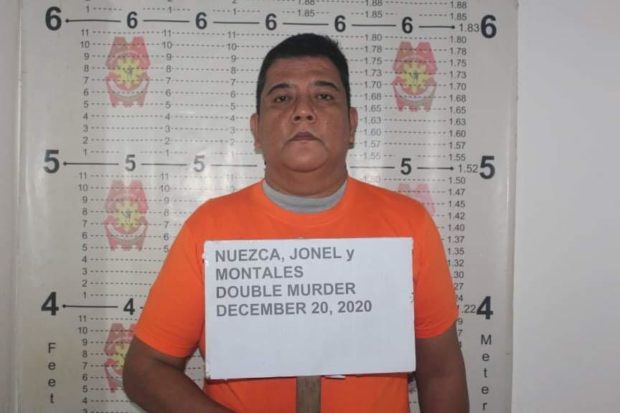 The victims were shot at close range during an altercation between Nuezca and the younger Gregorio. on Dec. 20 last year.

The altercation between the suspect and victims was reportedly triggered by an old feud between the neighbors.

Nuezca had surrendered to authorities hours after the crime.

The Philippine National Police said it had started processing the dismissal of Nuezca from the service.

Relatives of the Gregorios said they have already secured witnesses who would testify against Nuezca in court.

Elifanio said the court has scheduled the next hearing on February 4.