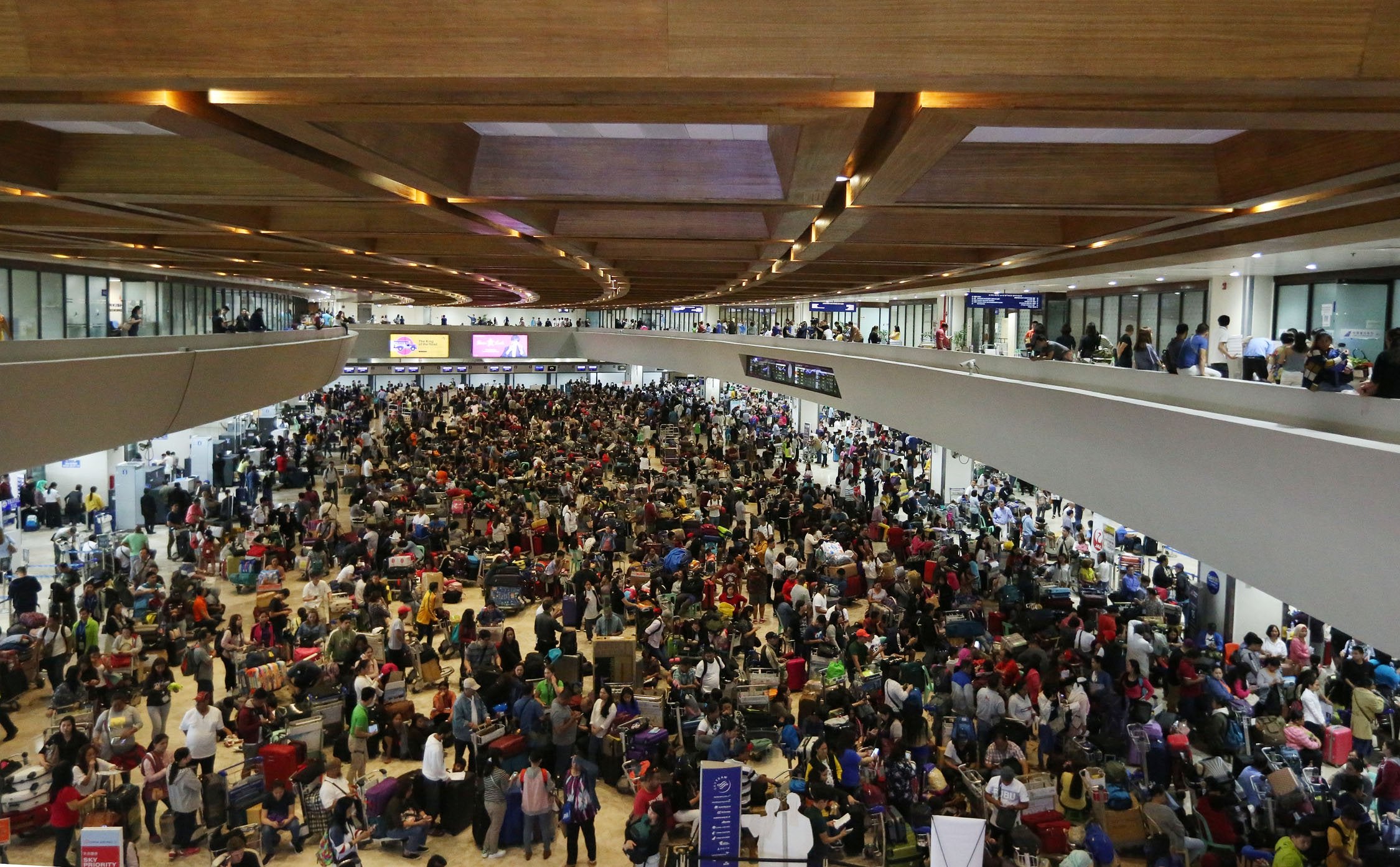 MANILA, Philippines — There is no question as to whether the Ninoy Aquino International Airport (Naia) should be fixed or rehabilitated: For starters, it has been voted several times as one of the world’s worst airports.

While it is no longer on that list, no major changes in the airport and the system have been done to make Naia more accessible or even more traveler-friendly — forcing advocacy group The Passenger Forum to launch a campaign to determine whether the airport should be rehabilitated right now.

READ: Naia no longer on list of world’s worst airports

The Passenger Forum convenor Primo Morillo said the campaign, which was meant to gather online reactions from people who use the airport, can be a way to inform authorities that the issue should be treated with urgency.

Morillo said that it appears time is running out for the country to fix Naia — in the sense that the COVID-19 pandemic has provided the government and the private sector an unexpected window as fewer people travel due to health restrictions.

But with vaccines coming in and the government learning from previous experience, people eager to travel once restrictions are lifted may face the same old Naia again.

Morillo also added that the government might miss a vital chance to drive the economy upward using tourism once the battle against COVID-19 is won.

In the campaign staged by The Passenger Forum, a group primarily created to protect passengers’ rights and welfare, netizens are asked to answer whether Naia should be rehabilitated now using a thread found on their Facebook page and a Crowd Signal survey plugin on their web page linked to INQUIRER.net.

The group also makes use of popular video blogging site TikTok, where participants send their answers using fun videos. The campaign seems to have worked: to date, hashtags calling for Naia’s rehabilitation and transformation now have realized in excess of 15 million views.

♬ Life Goes On Remix – we are rastis

According to Tiktok user Evan Tan who has over 2.2 million followers, the primary reason why he joined The Passenger Forum’s campaign is that he believes Filipinos deserve a world-class airport.

“What pushed me to join this initiative from The Passenger Forum is my belief in the initiative itself, which is to bring about a better and more improved airport. In line with this, I believe that we Filipinos deserve a world-class airport that can match with other countries,” he said in a message.

Furthermore, Tan noted that he wanted to use Tiktok as a medium to make other people aware of Naia’s rehabilitation importance, especially as he feels there is a lot of room for improvement.

“I was motivated to create TikTok videos about improving NAIA because I believe that there is a lack of awareness on the current state of the airport, and that awareness can be raised through social media platforms such as TikTok,” he said.

“I hope this will raise awareness that there are improvements that can be done to better improve the quality of the airport and make it more world-class,” he added.

Fellow Tiktok user Pauline Isabelle echoed Tan’s sentiments, saying that she wants to take part in a campaign that has high social relevance.

“I joined this forum because I want to use my talent in good ways especially in conveying an important social issue that our country has, and the motivation of this video is to encourage everyone to be informed on this important issue,” she said in a separate message.

“Naia needs an improvement that will suit and will present our country to foreigners who visit our country,” she added.

The Passenger Forum’s poll has also garnered over one million responses as of posting time.  Morillo said they will wrap up the survey and formulate a report that would be forwarded to authorities and made public, especially since he thinks the topic is not being talked about much currently.

Megawide has filed a motion for reconsideration last 23 December 2029, as per the Department of Transportation’s guidance that they still have a shot at the project.