MANILA, Philippines — It is unwise to be “opening the floodgate” for a broader Charter change (Cha-cha) if the goal—in the guise of reforming the party list system—is only to cripple the progressive Makabayan bloc in the House of Representatives for their alleged communist ties, Sen. Panfilo Lacson said on Friday.

Lacson, chair of the Senate national defense and security panel, warned his colleagues in Congress that amending the 1987 Constitution for such a specific objective could have consequences that not even the proponents had intended.

“If it’s true that Malacañang’s wish is only aimed at the Makabayan bloc in Congress for allegedly acting as legal and political fronts of the CPP-NPA (Communist Party of the Philippines-New People’s Army), they should be a little bit more creative in accomplishing that objective without opening the floodgate to possibly tinker with the Constitution in its entirety,” he told the Inquirer.

The opposition Makabayan bloc is composed of representatives from Bayan Muna, Gabriela, ACT Teachers and Kabataan. Administration and security officials have tagged them as either CPP members or rebel sympathizers.

“What makes it (Charter change) less sensible or acceptable is when the purpose is aimed at some party list groups who earned their congressional slots based on an enabling law in compliance with the same Constitution that is sought to be amended,” Lacson said, referring to Republic Act No. 7941, or the Party-list System Act. 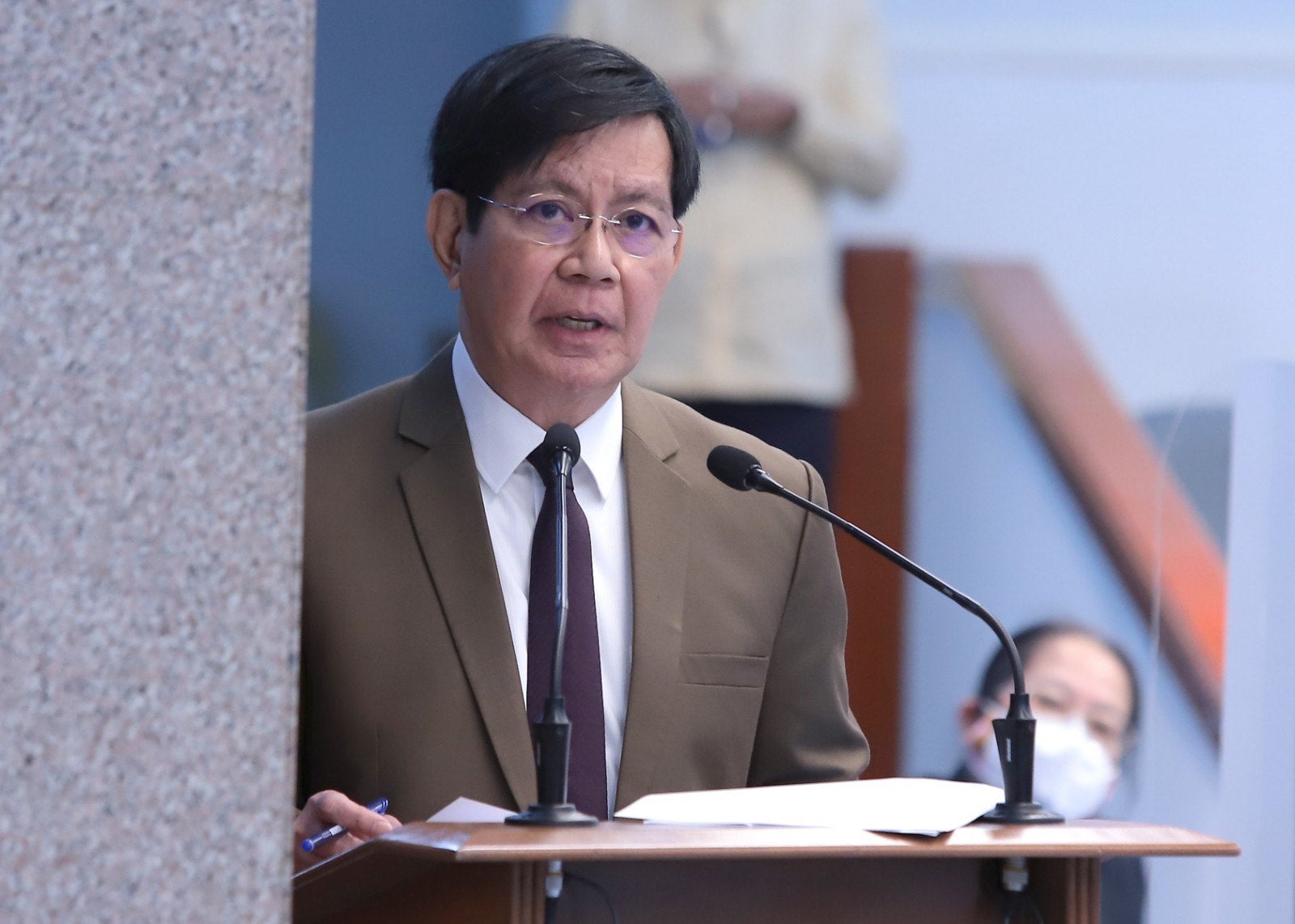 ‘This problem’ with Reds

Sotto quoted the President as saying that the “best way” to solve that problem is to “remove the party list system, or change it in the Constitution” through a constituent assembly.

Once it is established, the assembly “may then take advantage of the opportunity” to amend economic provisions of the 1987 Constitution, Sotto said, still quoting Mr. Duterte.

Sotto himself believes it might be easier to amend the party list law rather than the Constitution, which would require approval by a three-fourths majority of the Senate and the House.

In a Viber message to the Inquirer, Senate Minority Leader Franklin Drilon agreed that amending the party list law was “a better and more practical route.”

Besides reforming the party list system, administration lawmakers are looking at lifting some of the economic restrictions in the 1987 Constitution, such as limits on foreign ownership of land and several industries.

According to Ako Bicol Rep. Alfredo Garbin Jr., chair of the House constitutional amendments committee, panel debates that will resume on Jan. 13 would be limited to proposed changes in the economic provisions of the Constitution.

Garbin said his committee would tackle Resolution of Both Houses No. 2 filed by House Speaker Lord Allan Velasco in July 2019.

RBH No. 2 would add the phrase “unless otherwise provided by law” in several sections in Article XII (National Patrimony and Economy), Article XIV (Education, Science and Technology, Arts, Culture and Sports), and Article XVI (General Provisions) of the Constitution.

These include provisions on restricting the ownership and management of mass media and educational institutions to Filipino citizens.

The proposed phrase would mean that Congress is being given “permission” by the Filipino people to enact “exceptions to the general rules” in particular economic provisions of the Constitution, Garbin said.

Vicente Homer Revil, national chair of the Constitutional Reform Movement, said there was “no right timing to remove ‘restrictive’ economic provisions in the Constitution than now.”

But for Lacson, it would be “a folly” to believe that only economic provisions and the party list system would be subjected to amendments.

“When we open the valve to amend the Constitution, especially via a constituent assembly, nobody, not even the highest officials of the three branches of government can choose, much less assure which provisions may be amended or not,” he said.

In December, two staunch Duterte allies, Senators Francis Tolentino and Ronald dela Rosa, filed their own RBH No. 2 to convene Congress into a constituent assembly to introduce “limited amendments” to the Constitution.

That triggered speculations that lawmakers were conspiring to extend the term of the President and other officials and scrap the 2022 general elections.

“They use Red-tagging and terrorist tagging to ‘smokescreen’ their real agenda in this Cha-cha: term extension, lifting of term limits, removal of antidynasty and other human rights and social justice provisions, as well as the further sellout of our national patrimony to foreign powers like China and the United States,” Zarate said in a message to the Inquirer.

He warned that junking the party list system, instead of strengthening the representation of real marginalized sectors would “deprive the poor and abused sectors of their voice.”

Sen. Risa Hontiveros told the Inquirer that the problems with the party list law were in its implementation, “therefore, constitutional amendments are not necessary.” She also agreed with Sotto that amending the nearly 25-year-old law was the right approach.

House Senior Deputy Speaker Doy Leachon said he was “amenable” to “impose rigid limitations” on the party list system even though the President’s call was “still up for discussion.”

“It’s not a simple legislation. It requires constitutional amendment or revision,” he said.

Taguig-Pateros Rep. Alan Peter Cayetano said there was no harm in discussing the party list system as long as the COVID-19 vaccination program was prioritized and fully rolled out.

He said the problem being raised against the party list system is that “some enemies of the state” had allegedly entered it, but that could be dealt with without amending the Constitution.

Cayetano noted that what the Constitution outlawed was not leftist ideologies but armed rebellion to overthrow the government.

“The House says amendments are about economic provisions. But there is talk of term extension in the House,” the former Speaker said. “Would you prefer that we talk about that, or we go back to vaccination for now? That’s my point.” —WITH REPORTS FROM JULIE M. AURELIO AND DEXTER CABALZA