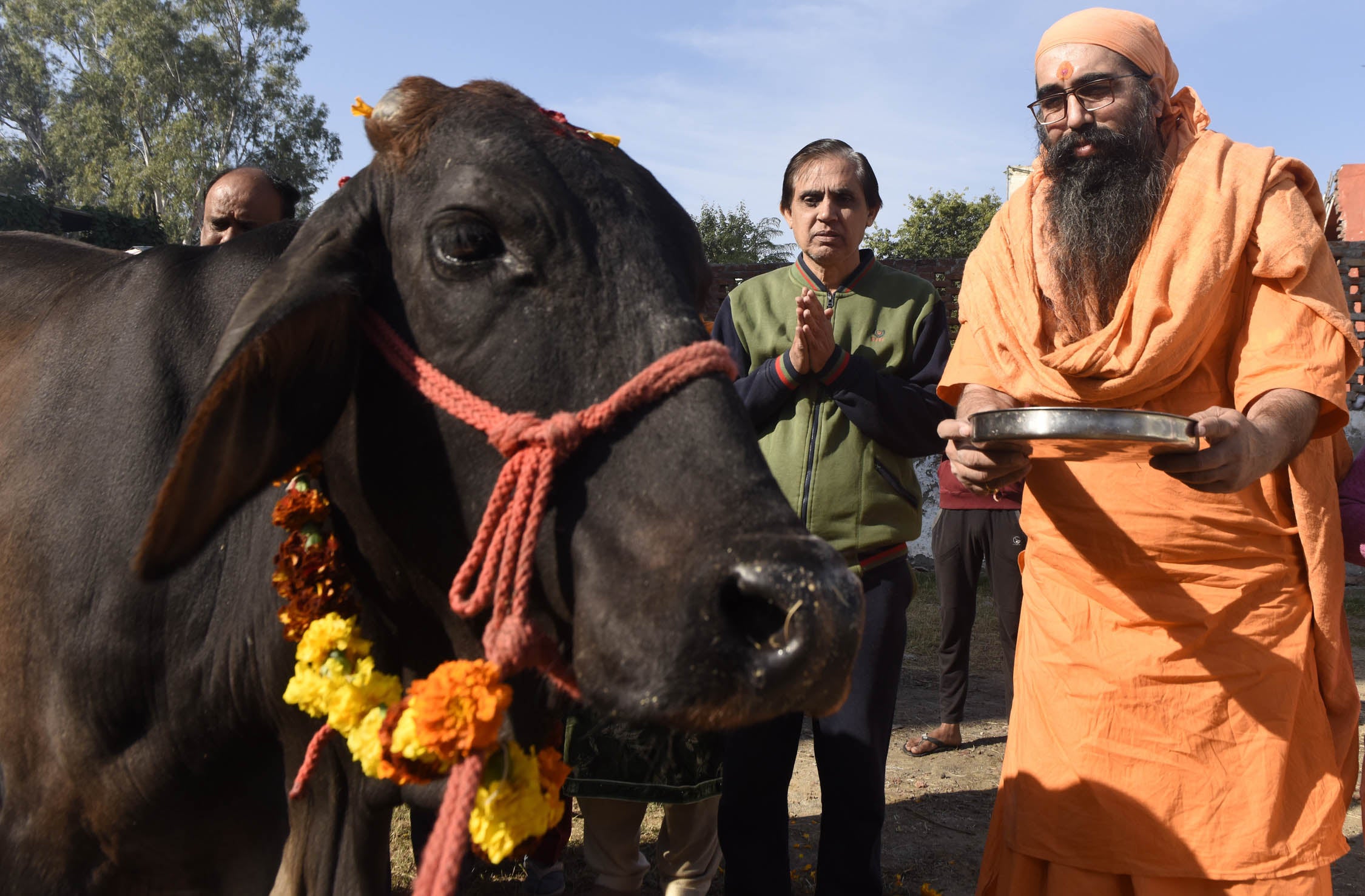 TOP PRIORITY The administration of Indian Prime Minister Narendra Modi has made cows a top priority and invested millions of dollars in programs to protect the animal and research the uses for bovine dung and urine. —AFP

NEW DELHI — India will hold a mass nationwide online “cow science” exam next month, in the latest push by the Hindu nationalist government to promote and protect the sacred animal, officials said on Wednesday.

The hourlong test on Feb. 25, open to children and adults as well as foreigners, comprises 100 multiple-choice questions in Hindi, English and 12 regional languages.

The aim is to assess the public’s knowledge and “sensitize and educate” them, according to the RKA cow protection agency created by Prime Minister Narendra Modi’s administration.

“The cow is full of science and economics. People are not aware of the true economic and scientific value of the animal,” RKA chief Vallabhbhai Kathiria said.

Accompanying study material released by the RKA includes information on different breeds of cow as well as the theory that slaughtering animals causes earthquakes.

Many from India’s overwhelming Hindu majority consider cows sacred, but under Modi’s rule the animal has increasingly become a political and sectarian flashpoint.

His government has made cows a top priority and invested millions of dollars in programs to protect the animal and research the uses for bovine dung and urine.

Cow slaughter and eating beef has become illegal in many parts of the culturally diverse and officially secular country, while sentences elsewhere have increased.

There have been a string of attacks by vigilante Hindu groups on Muslims and low-caste Hindus who have traditionally eaten beef and disposed of cow carcasses.

On Tuesday, the southern state of Karnataka amended its cow protection law to give police increased powers to search and arrest anyone without a warrant suspected of cow slaughter.