Georgia on cusp of delivering US Senate to Democrats as Warnock wins, Ossoff leads 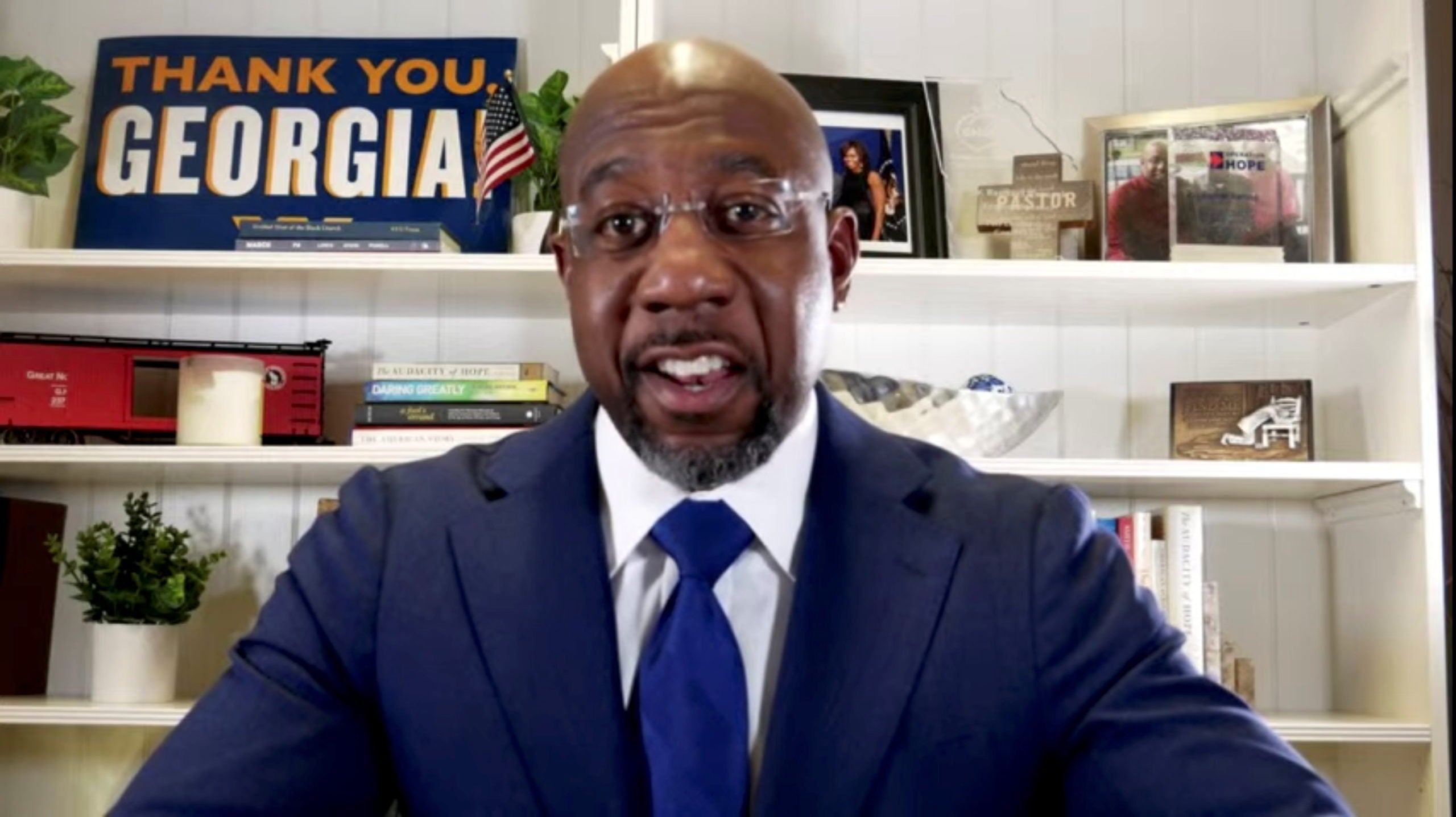 ATLANTA —Democrats won one U.S. Senate race in Georgia and led in another on Wednesday, moving closer to a sweep in a deep South state that would give them control of Congress and the power to advance President-elect Joe Biden’s policy goals.

Jon Ossoff, a documentary filmmaker who at 33 would become the Senate’s youngest member, also declared victory with a narrow lead over incumbent David Perdue, although media including Edison Research had yet to call that race.

If upheld, the results would amount to a final defeat for outgoing President Donald Trump, who stands to be the first U.S. president since 1932 to lose the White House and both chambers of Congress in a single term.

Trump held rallies for both Republican candidates, but overshadowed the campaign with false accusations his own loss in the November presidential election in Georgia was tainted by fraud, repeatedly attacking Republican officials in the state.

With 98% of votes in and counting mostly stopped for the night, Warnock was ahead of Loeffler by 1.2 percentage points, roughly 54,000 votes, according to Edison Research. Ossoff led Perdue by more than 16,000 votes, or 0.4 percentage points, just shy of a 0.5 percent threshold to avoid a recount. Most outstanding votes were from Democratic-leaning areas.

Winning both contests would give Democrats control of the Senate, creating a 50-50 split and giving Vice President-elect Kamala Harris the tie-breaking vote once she and Biden take office on Jan. 20. The party already has a narrow majority in the U.S. House of Representatives.

Holding on to either seat would have effectively given Republicans a veto over Biden’s political and judicial appointees, as well as his legislative initiatives in areas from coronavirus relief to climate change, healthcare and justice.

The campaign’s final days were overshadowed by Trump’s attacks on his own election defeat in the state, including a recording of a phone call in which he hectored Republican Georgia officials to “find” enough votes make him the winner. 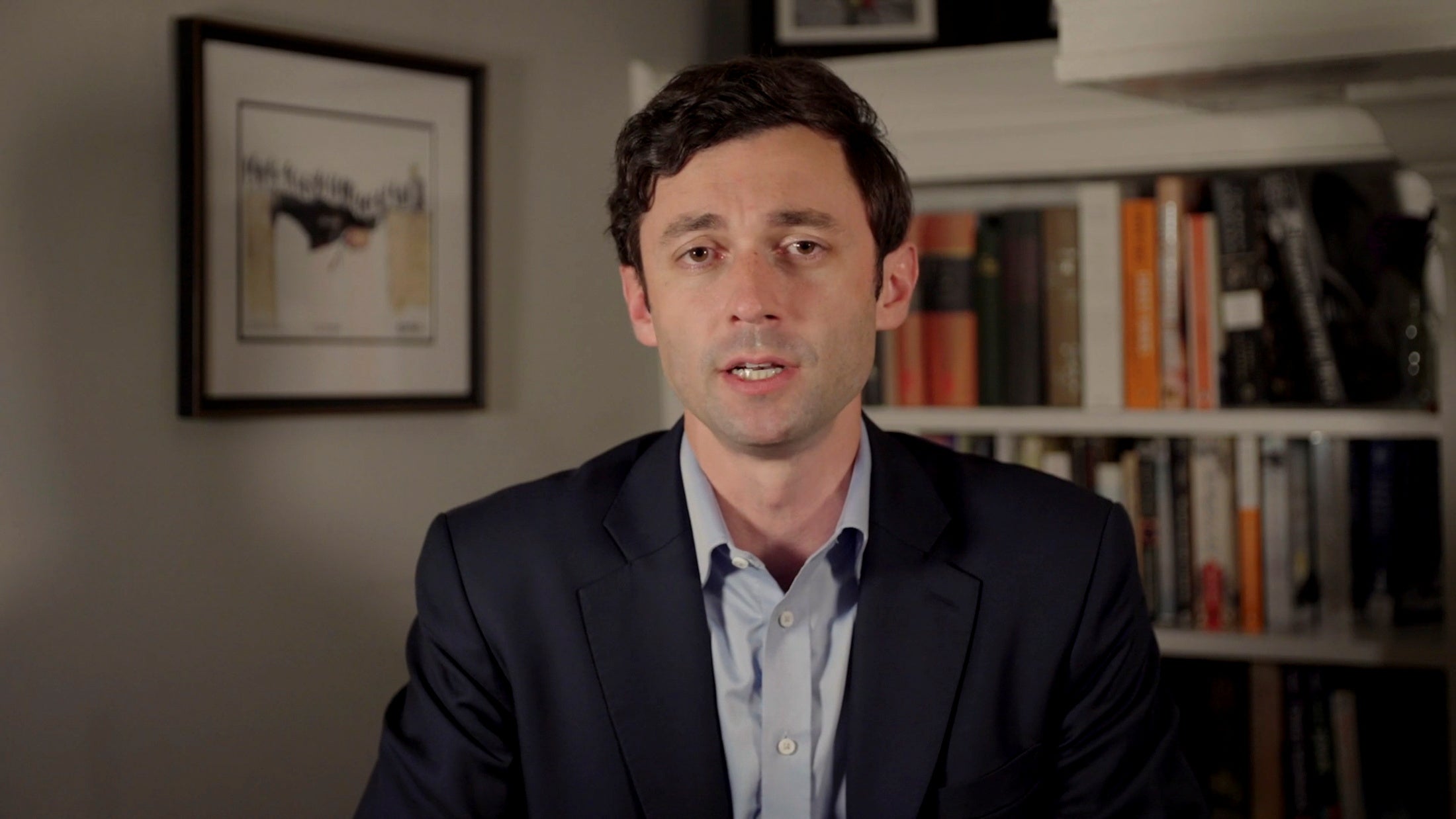 If Democrats won, the losses would “fall squarely on the shoulders of President Trump and his actions since Nov. 3,” Gabriel Sterling, a Republican and a top election official in the state, told CNN.

The election signaled a shift in the politics of Georgia and the wider deep South. Black voters, the most reliable Democratic supporters in the region, turned out in numbers unprecedented for a run-off vote.

In a video message, Warnock, whose Ebenezer Baptist Church is legendary in Georgia because of its role in the civil rights movement under King, recalled his humble upbringing as one of 12 children of a woman who worked in cotton fields.

“Because this is America, the 82-year-old hands that used to pick somebody else’s cotton went to the polls and picked her youngest son to be a United States senator,” he said.

Declaring victory, Ossoff said he looked forward “to serving you in the United States Senate with integrity, with humility, with honor”.

Both Republican senators, following the lead of Trump who has never conceded his own loss, predicted they would ultimately win and insisted they would fight on: “We have a path to victory and we’re staying on it,” Loeffler told supporters in Atlanta.

During the campaign, Republicans had painted Ossoff and Warnock as radicals who would pursue a hard-left agenda. But that message failed to resonate with many white suburbanites who have increasingly abandoned the Republican party under Trump.

Trump’s flailing efforts to overturn his own defeat move to Congress later on Wednesday, when Vice President Mike Pence is due to preside over the counting of electoral votes to certify Biden’s victory.

Trump has called on Pence to throw out the results in states he narrowly lost, although Pence has no authority to do so. Some Republican lawmakers have said they will try to reject some state tallies, a move that stands no chance of success but which could force debate and drag out the certification process.

Trump’s supporters plan to rally in the streets of Washington, with the city bracing for potential violence. Police banned the leader of a far-right group from the city and made several arrests as protests ramped up on Tuesday. Trump is due to address the crowd at 11 a.m.