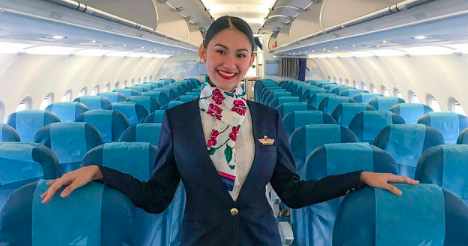 ‘FACTORS OF ABUSE’ A lawyer and spokesperson for the family of Christine Dacera says drugs were used on the Philippine Airlines flight attendant and that she was abused before her death. —PHOTO FROM DACERA’S INSTAGRAM ACCOUNT

MANILA, Philippines — The Makati City Prosecutor’s Office has ordered the release of three suspects in the death of flight attendant Christine Angelica Dacera and referred the case back to the police for further investigation.

“After a thorough evaluation of the facts and evidence presented during inquest proceedings, the Office of the City Prosecutor, Makati City resolved to refer the case for further investigation and to release the arrested persons from detention,” Prosecutor General Benedicto Malcontento said in a statement on Wednesday.

The complaint against the three and the other suspects will be subjected to further investigation that will be conducted on January 13 to determine the following:

At the same time, the Makati City Prosecutor has ordered the police to submit additional evidence such as a DNA analysis report, toxicology/chemical analysis, and the histopath examination report.

Dacera was found unconscious in an empty bathtub of a hotel in Makati City on New Year’s Day after an alleged New Year’s Eve party with friends.

According to police, there was foul play in Dacera’s death and filed a provisional charge of rape with homicide before the Makati City Prosecutor’s Office against 11 individuals, including the 23-year-old flight attendant’s friends who were with her during the party. Three of the 11 people were under police custody.

Police also said it considers Dacera’s case “closed” since they already identified all the suspects.

But some of the suspects denied crime was committed against Dacera.

Gregorio de Guzman on Tuesday refuted the police’s findings that Dacera was raped and killed.

(How did it become rape? I am gay. I never had sex with any woman ever in my life.)

Late Tuesday night, a copy of an alleged medico-legal report on Dacera went viral on social media which suggested that the flight attendant was not raped and that she died of a natural cause: “ruptured aortic aneurysm.”

But Makati City Police chief Col. Harold Depositar said the police did not release to the public the medico-legal report on Dacera.

Mom prods suspects in daughter’s alleged rape-slay: If you are innocent, come out