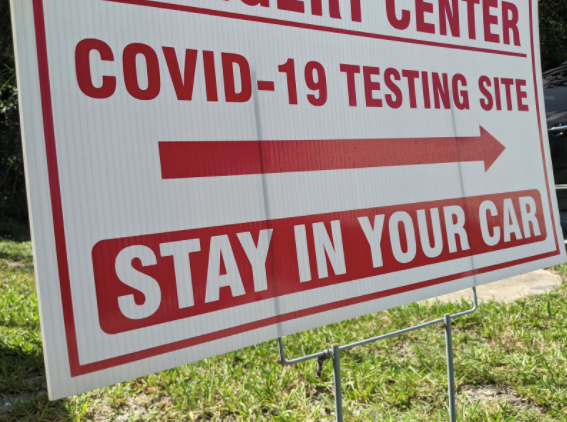 A drive-thru COVID-19 testing facility in Warriewood in the Northern Beaches of Sydney, Australia, was destroyed by vandals, who cut up the ropes and bent the legs of tents, left bottles and drug paraphernalia, and smashed windows in the site.

The testing facility has been vandalized three times in just a span of two week and health workers were left to clean up after the mess made by the young vandals, who have yet to be unidentified by authorities, as per Mark Levy on 2GB Radio’s “The Ray Hadley Morning Show” on Jan. 4.

Paul “Dooley” Ellis, manager of the testing site, described the situation as “atrocious” in an interview with Levy.

“It’s just disappointment. I’ve never experienced anything like this in my life,” Ellis said in the report. “This is the Northern Beaches, it’s supposed to be a nice, safe family area and it’s just atrocious, absolutely atrocious.”

Ellis added that the police and the Northern Beaches Council were not to blame, since they were also helping to get to the bottom of the issue.

“You guys deserve a lot more credit for the work that you’re doing in the community,” Levi told Ellis. “And all I can do is say that I’m feeling for you because what you’re doing is really, really important.”

Levy also called on to the public to report to the police any information they know about the vandals. “We need to catch them before they do any more damage to these COVID testing clinics…,” he said.

Meanwhile, Pat Daley, a local councilor of the Northern Beaches Council, told Levy that the vandalism sheds light on the ongoing issues in the area.

“We’ve got an ongoing issue with alcohol-related vandalism and anti-social behavior, they do drugs as well with young people, but this really sort of epitomizes just exactly the problems we’ve got over here,” Daley said in the interview.

Upon being asked if the council planned to assign a security guard in the area, Daley answered that they are looking into putting up fencing.

“The police are really stretched daily with the pandemic with guarding the hotel quarantining and everything else that’s going on, so we’re all in this together. As a council, we have to assist them,” he said.

He said they also planned on installing CCTV cameras around the area and organizing the community to help catch the perpetrators.

“We can put in council rangers. We can mobilize the community down there to implement the basic principles of neighborhood watch, so when they see hoodlums gathering they immediately contact the police,” said Daley. “We have to generate community awareness. We can’t simply leave it to the police.” Cody Cepeda /ra