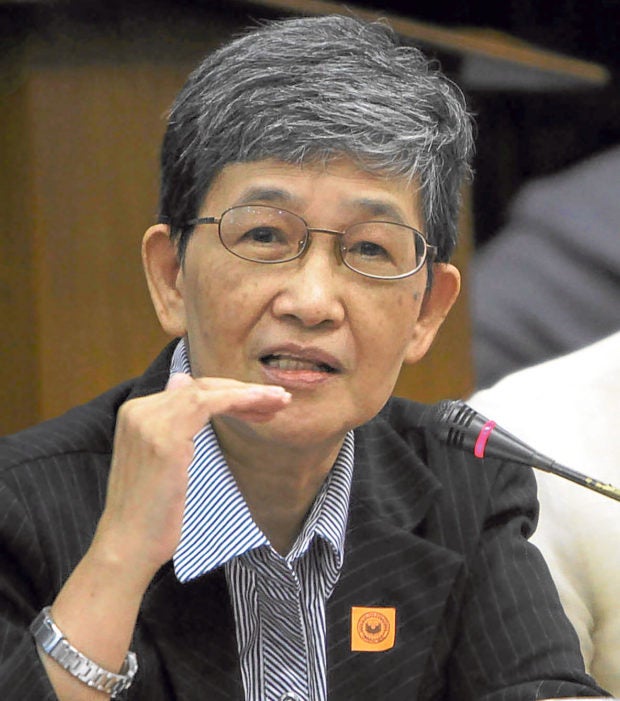 MANILA, Philippines — Some 100,000 Chinese based in the Philippines were inoculated with a COVID-19 vaccine in December, according to prominent Chinese-Filipino civic leader Teresita Ang-See.

See made the disclosure on Monday, amid a controversy over the vaccination of troops from the Presidential Security Group (PSG) although there is no approved COVID-19 vaccine in the country yet.

“We brought it to the attention of authorities because, for me, it’s OK that they get vaccinated, because we do not have much control with them,” Ang See said at the Tapatan sa Aristocrat forum held online.

“We do not have … basis to catch … them, especially the Pogo (Philippine offshore gaming operator) workers,” she said.

Ang See, who is also an academic, writer and activist, gained renown in the 1990s when she championed the rights and welfare of Chinese-Filipinos amid threats to their lives at the time. She is the founding president of Kaisa Heritage Center, which operates the Bahay Tsinoy Museum of Chinese in Philippine Life.

She also claimed that the source of the vaccines was the same the one for the PSG.

“The vaccines given them were legitimate, legitimate sources, it came from official channel so I think it’s good,” Ang See said. “This should not have been blown out of proportion if this were not kept secret, because we … all understand why it is needed.”

“I am glad they are being vaccinated because it protects us also if they are protected,” Ang See said.

Of those vaccinated, she said, only one had tested positive for the virus. “It came out in the news and for me, let it be.”

“At the time, there were 5,000 vaccinated nationals, and there are no adverse effects or shock from allergies, or [negative] reports,” she said.

But Ang See also raised a number of concerns: “When the vaccine started coming in, and they became vaccinated, I said, that’s positive.”

“Just that, my worry is, where is our policy? One, they are breaking our laws. Second, what if something goes wrong? Who are the people administering it? Are they keeping the old chain? Those are the things I brought up,” she said.

“How about the storage? What if there is something wrong with the storage handling and administration?” Ang See said.

“I know they raided clinics where the vaccination takes place but they did not find it. So, I really do not know. Maybe that’s what the DOH (Department of Health) should study. It is coming in. It is only for Chinese nationals, so be it. Let them get protected because it protects us also.”

“It’s good that they are protected because we are very slow,” she also lamented. “I know it is against the law but they are justifying smuggling.”

“There are a lot of things that have to be changed,” Ang See said.

“The IATF (Inter-Agency Task Force for the Management of Emerging Infectious Diseases) should not be composed mostly [of] generals. Where is the [Chinese-Filipino] community there? Why don’t they mobilize these people who are more efficient than they? Let us not punish those who are doing what they can despite the inefficiency of others.”

“From April to June, we kept raiding and confiscating those things. Those were approved by FDA of Singapore, Japan and Korea. And we are better because we raid them and these are not approved? If it’s helping our sick people why do we not allow them? We allow ampalaya, tawa-tawa for dengue,” she said, referring to the raids conducted now and then on clinics in Makati City and in Bonifacio Global City that were treating Chinese nationals.

Sought for comment, presidential spokesperson Harry Roque said that “if that is true, then that’s good. One hundred thousand less possible carriers of the COVID-19 virus.”

—With a report Leila B. Salaverria