500 years of Christianity in PH: Rosary made of 3,000 solar-powered lights to take center stage 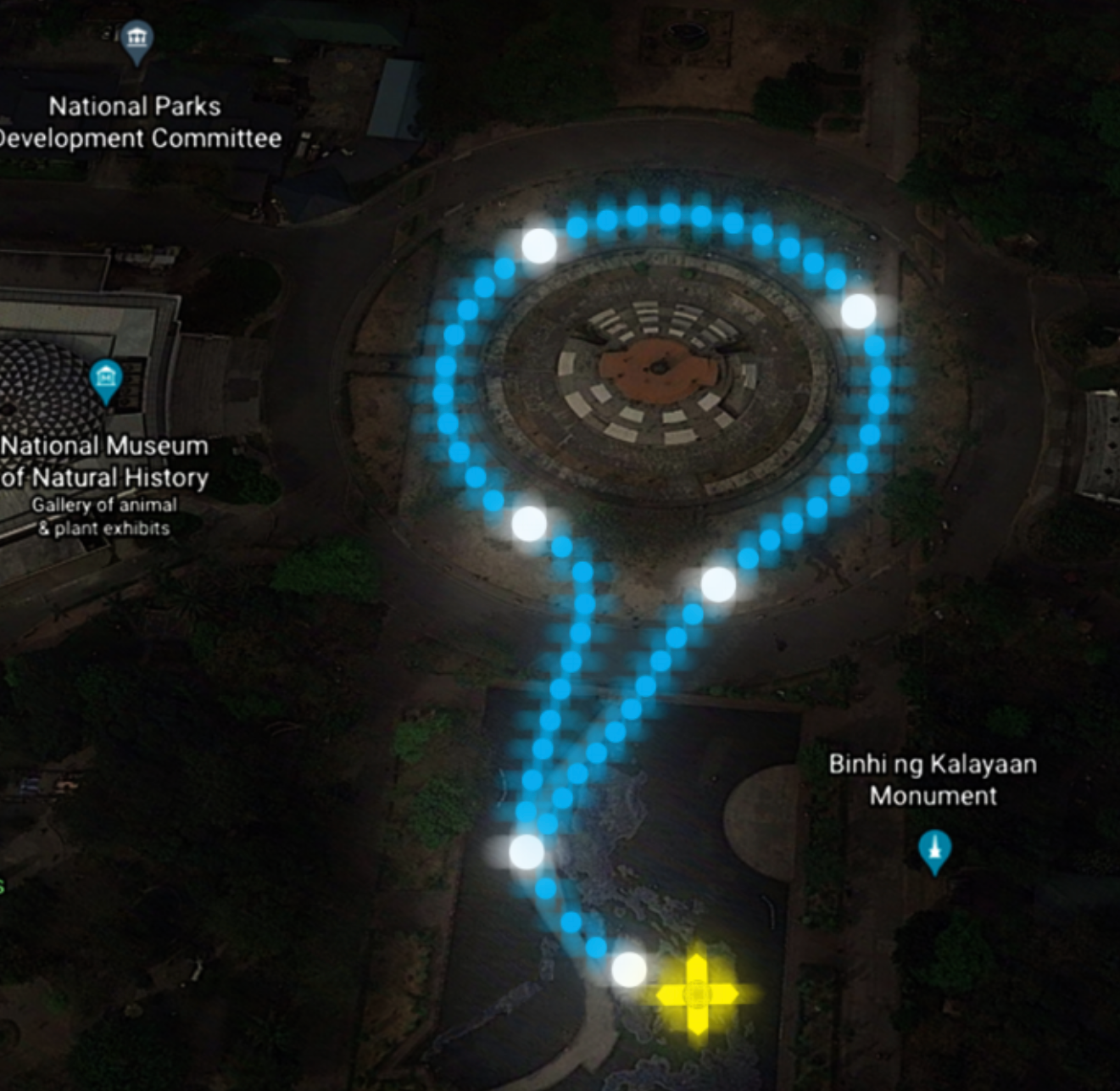 Promotional material for the solar-powered lighted rosary shows the location of the installation in celebration of 500 years of Christianity in the Philippines. IMAGE PROVIDED BY LITER OF LIGHT

MANILA, Philippines—The world’s largest lighted rosary, powered by the sun, would be installed in Luneta Park in celebration of 500 years of Christianity in the Philippines on Tuesday (Jan. 5).

Illiac Diaz, founder of the nonprofit group Liter of Light, said the work of art will be installed at the Agrifina Circle, which is part of the park managed by National Museum. A lighting ceremony would introduce the solar-lighted rosary and serve as highlight of the Church program called Healing Rosary for the World.

The rosary is made of more than 3,000 solar light bulbs built by 400 celebrities and 2,600 volunteers for free.

Liter of Light is a group involved in lighting projects that bring solar bottle bulbs to poor communities. It is part of the nongovernment organization My Shelter Foundation.

“It’s the first Christian baptism in the Philippines with the circumnavigation of Magellan,” said Diaz in an interview with Inquirer.

“The quincentennial celebration is to create unifying symbols of the Filipino nation,” he said.

Ships from Spain and Portugal, according to Diaz, will come to Manila on April 27. “We feel like the conquerors are coming and we have no bigger weapon against that,” he said.

“What we are doing is we are creating a four-step program,” Diaz said.

Solar-powered lights would form an oversized Philippine map on which the 500-meter long rosary would be installed. The rosary’s cross would be placed on the Cebu portion of the map in recognition of Cebu as the first place visited by Spanish conquistadors who brought Christianity with them.

“I want to do ‘people power,” said Diaz.

“We will make the largest symbol to show the power of the people,” he said.

Diaz said the installation was a display of “the power of the people coming together.”

“Each and every light was built by hands inside their homes,” he said. “There is sweat equity so this is symbolic,” he added.

Diaz said the celebration would also showcase the arrival of the first Agustinian friars.

To heed COVID-19 protocol, Diaz said the Augustinans would “bring out six of their rarest” carriages and “oldest images from the museum.”

“In 500 years, very important is the story of Philippine nationhood so we ask 3,000 people to do the so-called bucket challenge to make solar lights from home,” he said.

The celebration also aims to bring to light the Filipino faith and spread it to the world. It would also be dedicated to Filipino health workers worldwide and recognize their importance.

The use of solar bottle bulbs which Liter of Light is known for is to symbolize faith, hope and love.

After the event, the solar bulbs would be distributed to communities that are without electricity, said Diaz.

On Jan. 6, the Catholic faithful are being asked to join an online praying of the Rosary at 9 p.m.

Diaz said he hoped the solar-powered rosary lights would be bright enough to be visible by satellite cameras. But he said the problem was building one of the faith’s biggest symbols in the middle of a pandemic.

Event organizers are also planning other programs and a fireworks display after the lighting of the rosary.

The solar bottle bulb, which would be used for the rosary, had been designed and developed by students from Massachusetts Institute of Technology. It is made mainly of plastic soda bottles that carry a solution that produces light when exposed to the sun.

Diaz said he started bringing the solar bottle bulb to areas severely hit by Supertyphoon Yolanda (Haiyan) but the technology that led to it and other products, like street charger, is now in 32 countries and helping at least 1 million people.