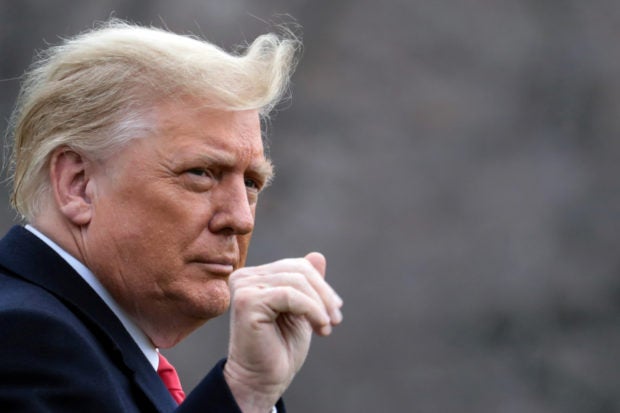 U.S. President Donald Trump pressured Georgia’s top election official to “find” enough votes to overturn his defeat in the southern state, according to a recording of the hour-long call released by U.S. media on Sunday.

The Saturday call was the latest move in Trump’s two-month effort insisting that his loss to Democratic President-elect Joe Biden in the Nov. 3 election was the result of widespread voter fraud, a claim that has been widely rejected by state and federal election officials as well as multiple courts.

Trump’s call to Georgia Secretary of State Brad Raffensperger, a fellow Republican, came as some of Trump’s allies in the U.S. Congress said they plan to object to the formal certification on Wednesday of Biden’s victory. The former vice president won by a margin of 306-232 in the state-by-state Electoral College, and by more than 7 million votes overall.

The Washington Post, which first reported the call, said that Trump alternately flattered, begged and threatened Raffensperger with vague criminal consequences in an attempt to undo his loss.

Raffensperger and his office’s general counsel rejected Trump’s assertions throughout, and told the president that he was relying on debunked conspiracy theories spread on social media about what was a fair and accurate election, according to the audio excerpts and the newspaper’s account.

“The people of Georgia are angry, the people in the country are angry,” Trump said, according to audio of the call published online by the Post. “And there’s nothing wrong with saying, you know, um, that you’ve recalculated.”

“So look. All I want to do is this. I just want to find 11,780 votes, which is one more than we have. Because we won the state,” Trump said in the recording, insisting that there was “no way” he lost in Georgia.

“We now have irrefutable proof of a president pressuring and threatening an official of his own party to get him to rescind a state’s lawful, certified vote count and fabricate another in its place,” Bauer said.

Biden’s narrow victory in Georgia was the first by a Democratic presidential candidate in a generation and has raised hopes among Democrats that they could win a pair of U.S. Senate runoffs in the state on Tuesday, giving their party control of Congress.

Even if Trump had won Georgia’s 16 Electoral College votes, he would still have lost the White House to Biden, who will be sworn into office on Jan. 20.

Before the Washington Post published its report of the call, Trump said on Twitter on Sunday that he had spoken by phone with Raffensperger about voter fraud in Georgia.

“He was unwilling, or unable, to answer questions such as the ‘ballots under table’ scam, ballot destruction, out of state ‘voters,’ dead voters, and more. He has no clue!” Trump tweeted.

Raffensperger responded on Twitter: “Respectfully, President Trump: What you’re saying is not true. The truth will come out.”

News of Saturday’s call drew immediate criticism from congressional Democrats, including Representative Adam Schiff, chairman of the House intelligence committee, who said it could amount to an illegal act.

“Trump’s contempt for democracy is laid bare. Once again. On tape,” Schiff wrote on Twitter. “Pressuring an election official to ‘find’ the votes so he can win is potentially criminal, And another flagrant abuse of power by a corrupt man who would be a despot, if we allowed him. We will not.”

There is a strong case that Trump violated a Georgia law against soliciting election fraud, as well as a similar federal law, according to Anthony Michael Kreis, a law professor at Georgia State University.

“If any other person did this – someone else with power to leverage over an election official – there is no doubt in my mind that at the very least a criminal investigation would be opened right away,” said Kreis, adding that he thought that was unlikely under Georgia prosecutors or the Biden administration.

“There just does not seem to be the political will for that,” he said.

The call came days before U.S. Senator Ted Cruz is set to lead several of Trump’s allies in a long-shot bid to disrupt the formal recognition of Biden’s win when Electoral College results are tallied in Congress on Jan. 6.

Cruz has said he and nearly a dozen Republican senators will object to electors from states that have been at the center of Trump’s unproven assertions of election fraud, and will demand an emergency 10-day audit of the results from those states.

The move, seen as a mostly symbolic protest, is in defiance of Senate Republican leaders, who have argued that Congress’ upper chamber has a largely ceremonial role in certifying the results of presidential elections.

Republican Senator Lindsey Graham, a staunch Trump supporter, said in a statement on Sunday that Cruz’ insistence on a vote audit commission had “zero chance” of success.

Senate Democratic leader Chuck Schumer posted a link to the Washington Post story on Twitter and added that if Cruz and “his gang” wanted to investigate election fraud, they should start with Trump’s call with Raffensperger.