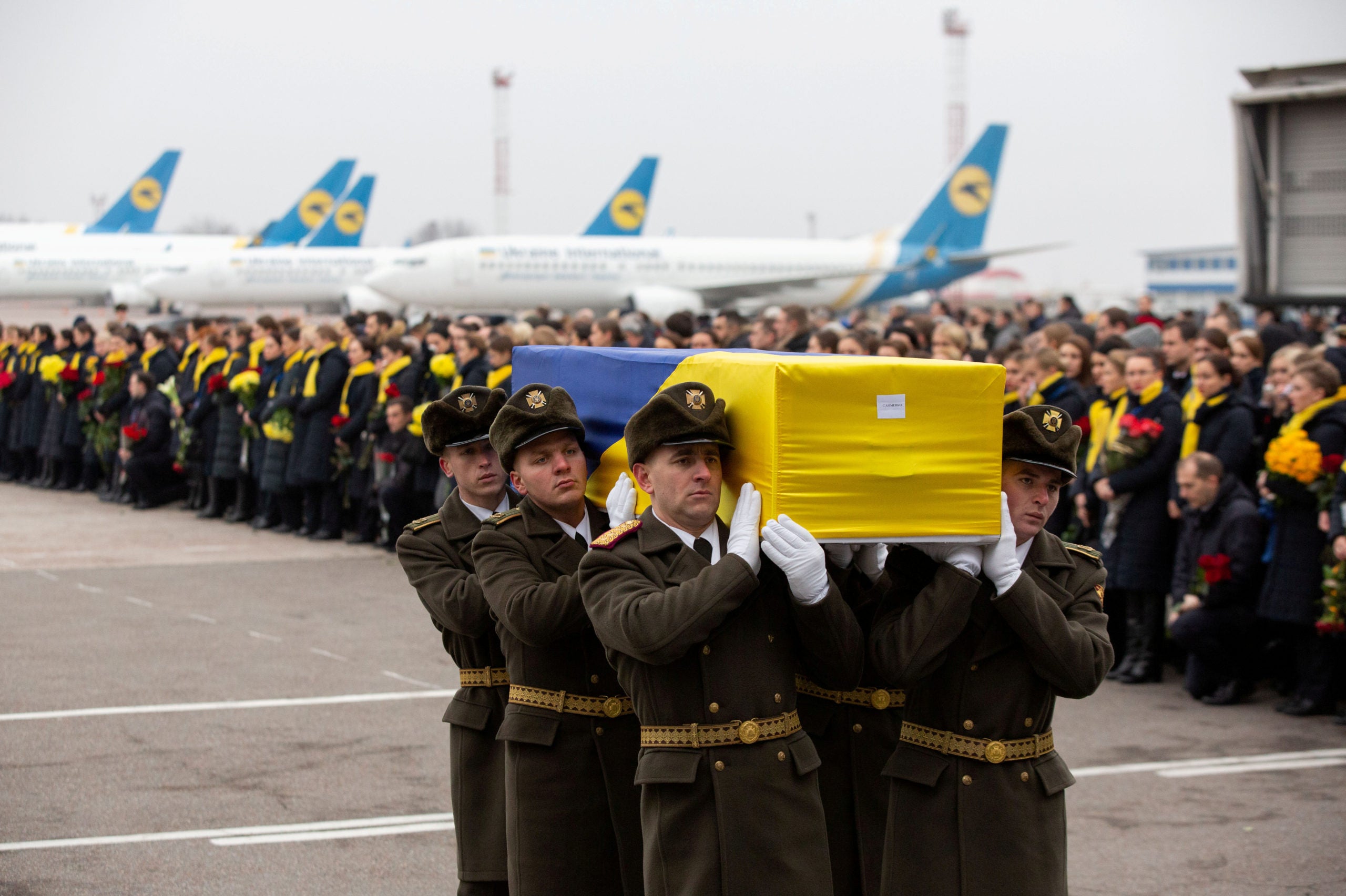 FILE PHOTO: Soldiers carry a coffin containing the remains of one of the eleven Ukrainian victims of the Ukraine International Airlines flight 752 plane disaster during a memorial ceremony at the Boryspil International Airport, outside Kiev, Ukraine January 19, 2020. Ukrainian Presidential Press Service/Handout via REUTERS

WASHINGTON  — The number of people killed in large commercial airplane crashes rose in 2020 to 299 worldwide, even as the number of crashes fell by more than 50%, a Dutch consulting firm said on Friday.

The decline in crashes came amid a sharp decline in flights due to the coronavirus pandemic. Flightradar24 reported commercial flights it tracked worldwide in 2020 fell 42% to 24.4 million.

More than half of all deaths in the To70 review were the 176 people killed in January 2020 when a Ukrainian plane was shot down in Iranian airspace.

The second deadliest incident was the May crash of a Pakistan airliner crashed in May killing 98.

Large passenger airplanes covered by the statistics are used by nearly all travelers on airlines but exclude small commuter airplanes in service.

Over the last two decades, aviation deaths have been falling dramatically. As recently as 2005, there were 1,015 deaths aboard commercial passenger flights worldwide, the Aviation Safety Network (ASN) said.

Over the last five years, there has been an average of 14 fatal accidents for commercial passenger and cargo planes resulting in 345 deaths annually, ASN said.

In 2017, aviation had its safest year on record worldwide with only two fatal accidents involving regional turboprops that resulted in 13 deaths and no fatal crashes of passenger jets.