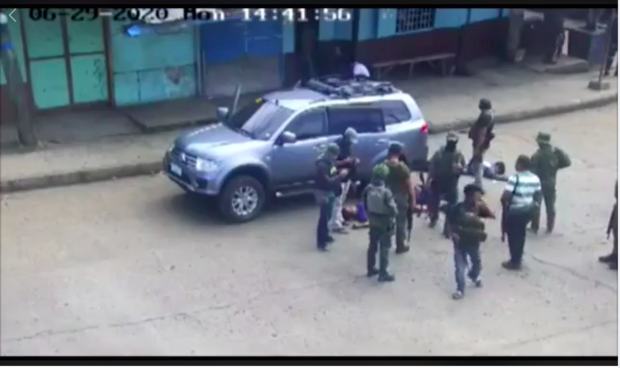 Screenshot of CCTV footage in the aftermath of the Jolo, Sulu shooting

“We welcome Gen. Debold Sinas’s approval of the dismissal of the nine police officers involved in the shooting incident in Jolo, Sulu on 29 June 2020, which led to the deaths of four Philippine Army officers and soldiers,” he said in a statement.

He also sympathized with the families of the dismissed police officers, who, he said, are “facing long jail terms.”

“Their families are as much a victim of the incident as the families of the soldiers who were killed,” Lorenzana said. 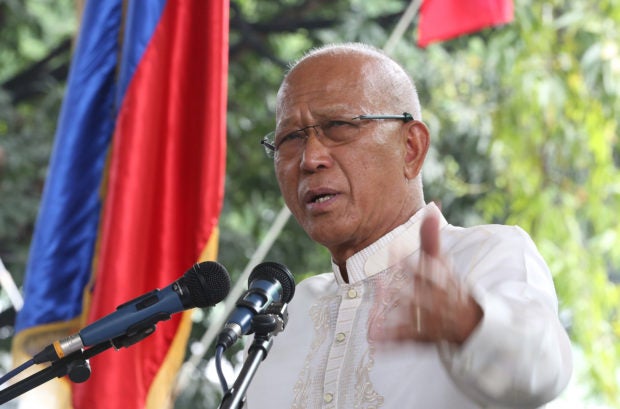 “Moving forward, we hope that the AFP and PNP learn from this incident, and take concrete steps to prevent such things from happening in the future,” he added.

Patrolman Rajiv Putalan from the Drug Enforcement Unit (DEU) of the Sulu police.

The dismissal order, however, may still be appealed with the National Police Commission.

As of Friday, the nine officers remained under restrictive custody at the PNP headquarters in Camp Crame, Quezon City.

The PNP informed the Department of Justice that 10 days after the dismissal is finalized and if there is no arrest warrant issued by the court against them during that period, the officers would be released to their relatives. #