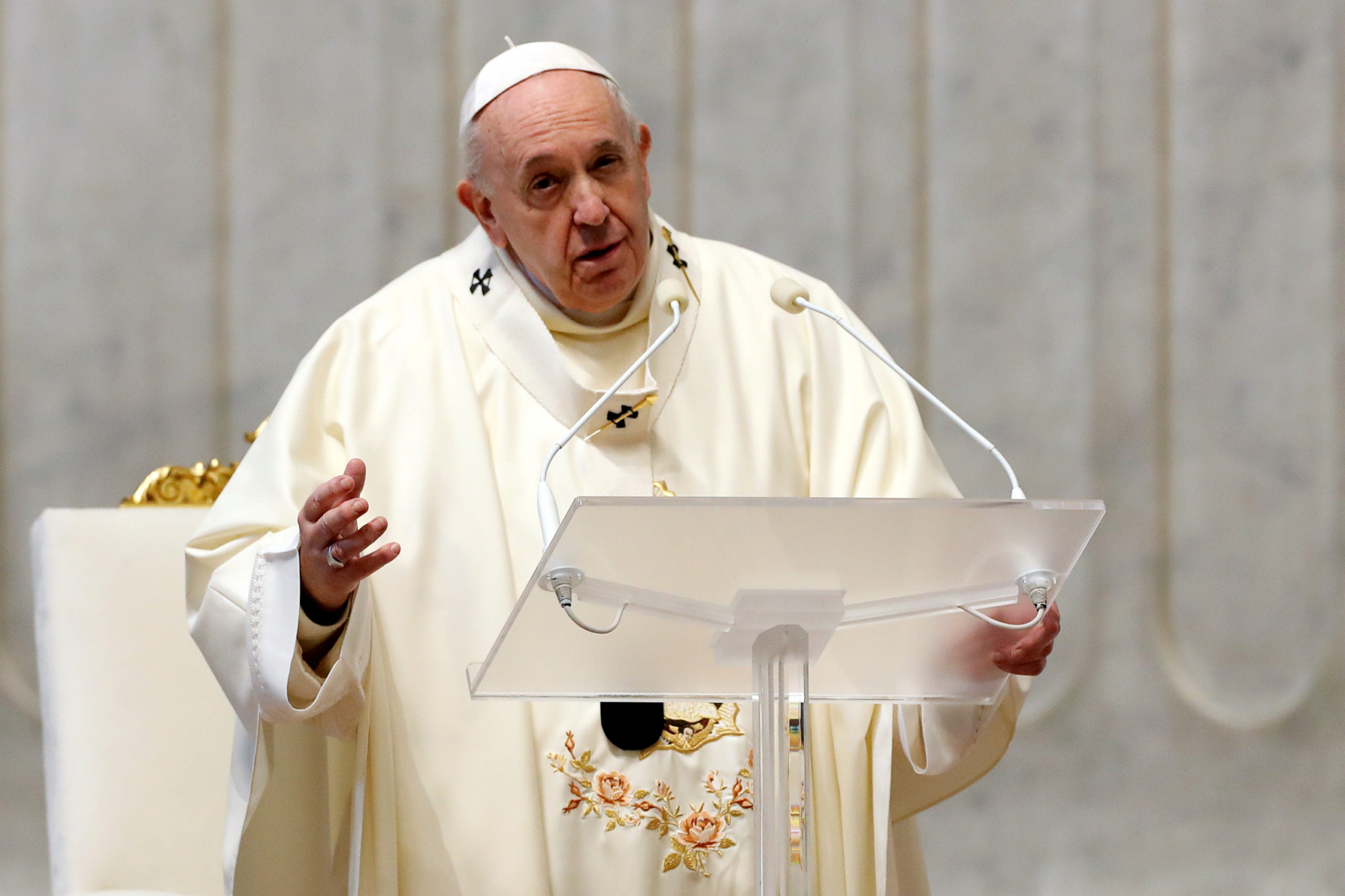 FILE PHOTO: Pope Francis conducts a Mass on the feast day of Our Lady of Guadalupe in St. Peter’s Basilica, at the Vatican, December 12, 2020. REUTERS/Remo Casilli/Pool

VATICAN CITY—Pope Francis reappeared on Friday after chronic sciatic pain forced him to miss the Church’s New Year services, and made no mention of his ailment as he delivered his traditional appeal for world peace.

The pope was unable to attend services on Thursday and again on Friday morning because of the sciatica – a relatively common problem that causes pain along the sciatic nerve down the lower back and legs.

It was believed to be the first time since he became pope in 2013 that Francis, who turned 84 last month, has been prevented by health reasons from leading a major papal event.

However, he showed no sign of discomfort as he delivered a noon address and prayer, standing at a lectern in the library of the Vatican’s Apostolic Palace.

“Life today is governed by war, by enmity, by many things that are destructive. We want peace. It is a gift,” Francis said, adding that the response to the global coronavirus crisis showed the importance of burden-sharing.

“The painful events that marked humanity’s journey last year, especially the pandemic, taught us how much it is necessary to take an interest in the problems of others and to share their concerns,” he said.

The noon blessing is normally given from a window overlooking St. Peter’s Square, but it was moved indoors to prevent any crowds gathering and limit the spread of COVID-19.

Francis highlighted in particular his worries about Yemen, which has been blighted by six years of violence that has pitted a Saudi-led coalition against the Iran-aligned Houthi movement. At least 22 people were killed in an attack on Aden airport on Wednesday, which triggered a fresh round of coalition air raids.

“I express my sorrow and concern for the further escalation of violence in Yemen, which is causing numerous innocent victims,” Francis said. “Let us think of the children of Yemen, without education, without medicine, famished.”