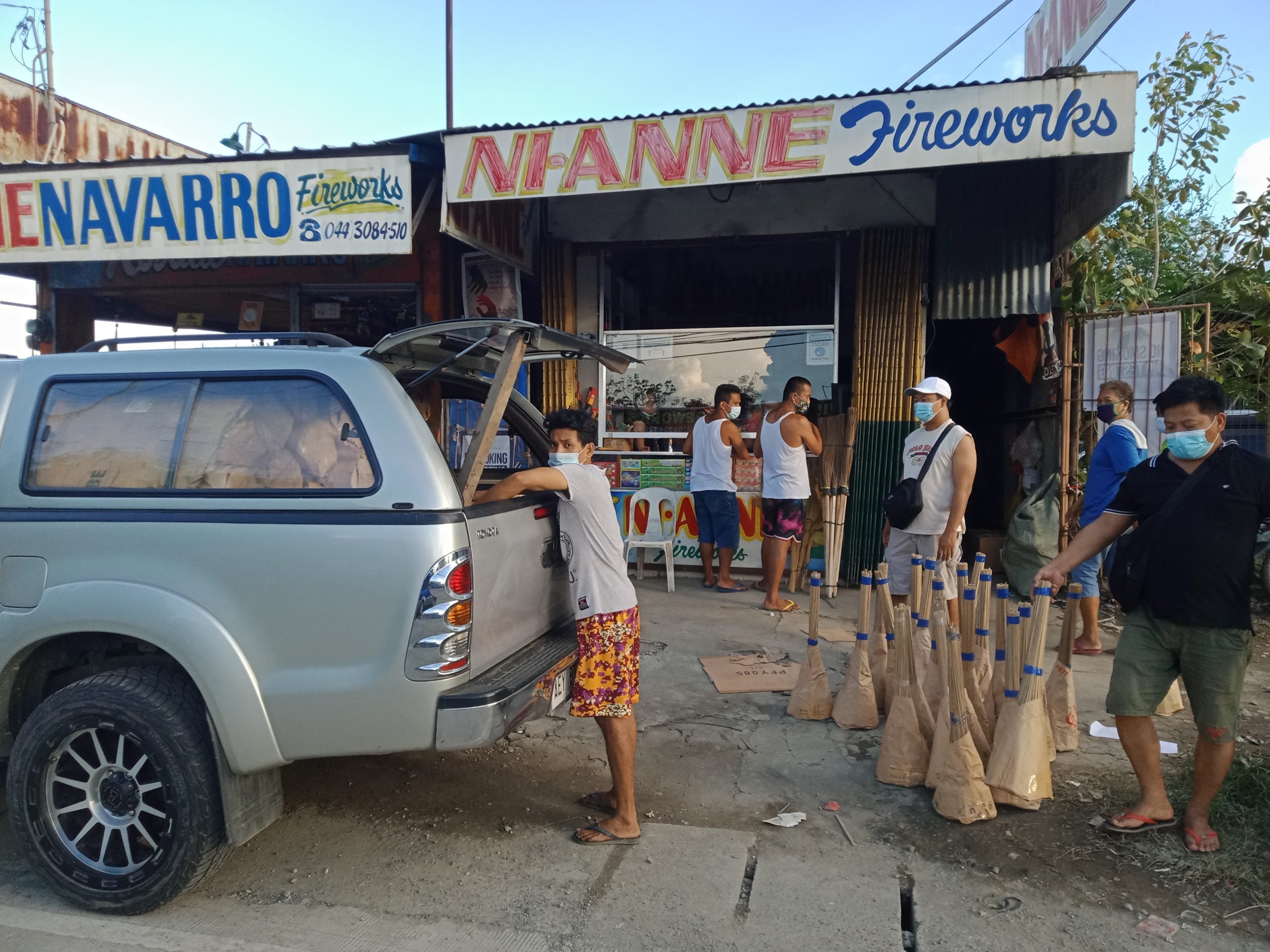 Buyers of fireworks and other pyrotechnic devices flock to Bocaue, Bulacan for last-minute shopping on New Year’s Eve. Photo by Carmela Reyes-Estrope

Fire trucks and ambulances were on standby in designated parking areas for buyers coming from Metro Manila, Cavite, Laguna, Pampanga, Nueva Ecija, and other provinces.

Roads leading to stores selling fireworks and pyrotechnic products in Barangay Turo here were jammed and customers were caught in a gridlock due to long queues that built up in front of the shops.

“This is an answered prayer. The remaining stocks could be swept off the shelves,” said Lea Alapide, president of Philippine Pyrotechnic Manufacturers and Dealers Association Inc. (PPMDAI). 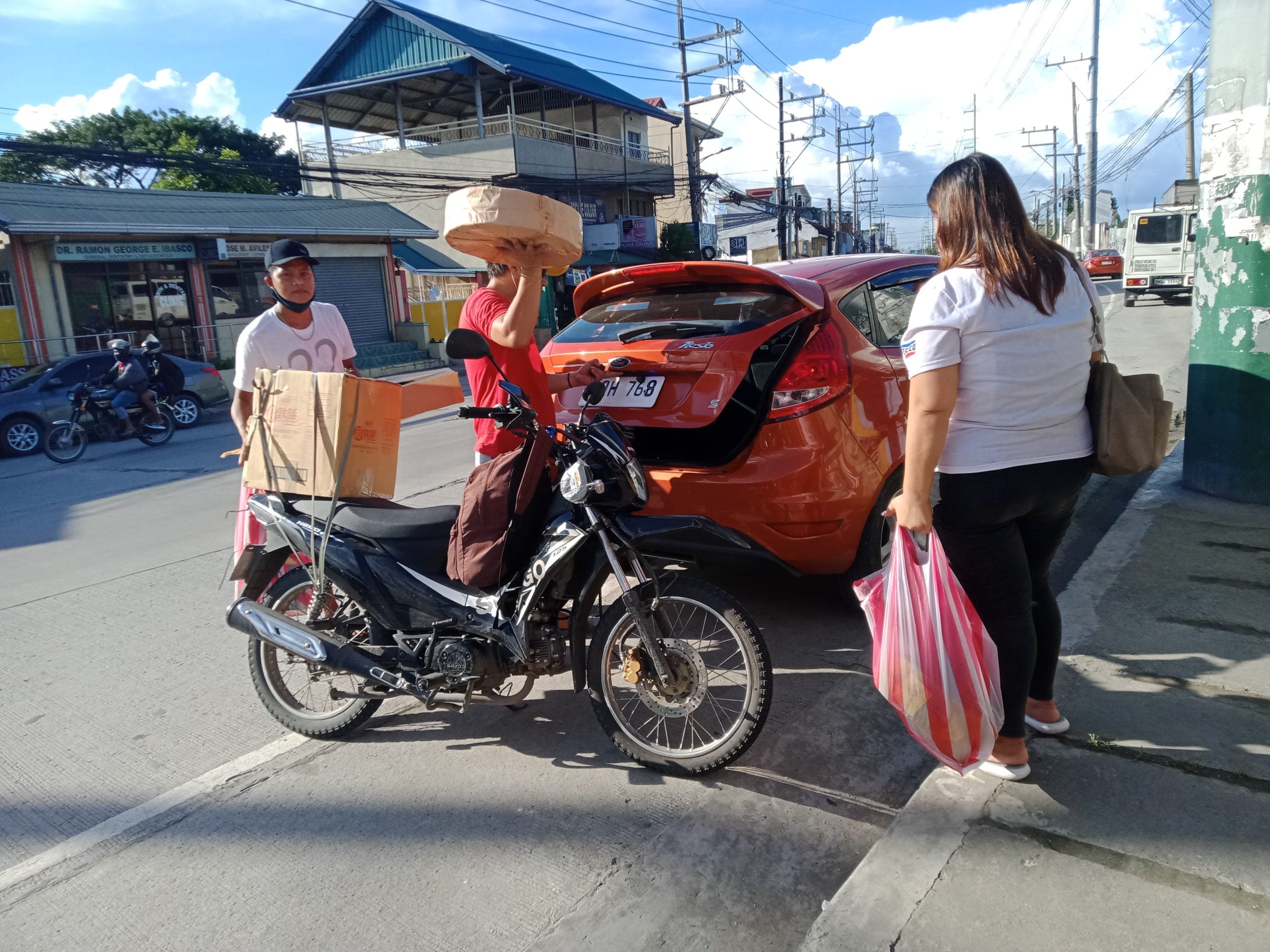 Buyers of fireworks and other pyrotechnic devices flock to Bocaue, Bulacan for last-minute shopping on New Year’s Eve. Photo by Carmela Reyes-Estrope

Some vendors had been expecting a sharp drop in sales due to the coronavirus pandemic and the ban on pyrotechnic devices in some places.

Mayors in Metro Manila had banned all kinds of firecrackers this holiday season to reduce injuries and deaths related to their use.

The City of Meycauayan had prohibited the use and sale of firecrackers for five years now. Mayor Linabelle Ruth Villarica said she was just enforcing an ordinance regulating fireworks use in the city.

Villarica said the ban was not intended to hurt the fireworks industry but to help ensure the safety of residents in welcoming the New Year.

But Alapide said customers from other areas were coming here to buy pyrotechnic products in bulk right after Christmas Day. She said their sales on New Year’s Eve could be enough to recover their capital and earn a decent income.

Hours before the New Year revelry, shoppers were still buying pyrotechnic devices and sparklers such as aerial shots and fountains, Minia Camlian, a trader, said, adding that “kuwitis,” “sawa” and “Five Star” were among the popular firecrackers.

Read Next
23,793 have COVID-19 in PH as 2020 draws to a close — DOH
EDITORS' PICK
Nestlé Philippines’ ‘NESCAFÉ Plan’ bags Grand Anvil at PRSP 56th Anvil Awards
822 NPA-free barangays set to get P20-M gov’t aid — Esperon
Pope Francis to meet top cleric Sistani on second day in Iraq
Don’t waste the hope of vaccines, warns WHO
Every Filipino home can now be a smart home with realme TechLife
Smart reinforces superiority with best speed and mobile video experience in PH
MOST READ
Robredo on Sara Duterte leading poll surveys: Why are Filipinos drawn to leadership of this kind?
So: I lacked connections to succeed in PH ‘culture’
US weapons, hardware in exchange for VFA
3,439 new COVID-19 cases push PH’s total to 591,138
Don't miss out on the latest news and information.