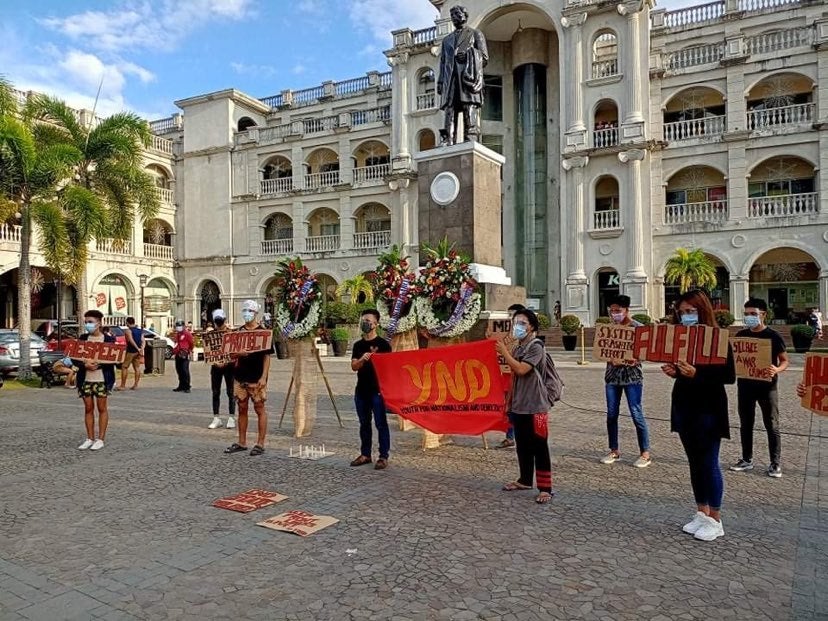 Members of the Youth for Nationalism and Democracy (YND) hold a protest rally in Balanga City, Bataan City on Rizal Day to demand respect for human rights and a stop to extrajudicial killings and police abuses. PHOTO FROM YND

Members of the Youth for Nationalism and Democracy (YND) held placards with messages demanding respect for human rights and a stop to extrajudicial killings and police abuses. They demanded justice for Sonya Gregorio and her son, who had been murdered by a policeman in the town of Paniqui, Tarlac province last Dec. 20.

“Dr. Rizal said that the youth are the hope of our motherland so we are paying him homage today by defending human rights,” said YND spokesperson Jochelle Magracia in a phone interview.

She said at least 20 policemen with wooden batons and men in plainclothes guarded them at the Plaza Mayor de Ciudad since the protest started at 4 p.m.

They lit candles before they heeded orders by police to disperse at 4:30 p.m. she said.