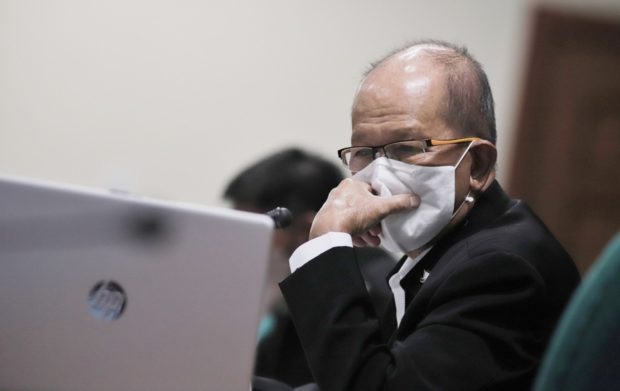 MANILA, Philippines — Defense Secretary Delfin Lorenzana on Wednesday said the COVID-19 vaccines administered to some members of the Presidential Security Group (PSG) were smuggled since the Food and Drug Administration has not authorized its use.

He said the PSG must explain their use of unauthorized vaccines, saying that the inoculation of some of PSG members “violated FDA rules.”

“Yes, it’s smuggled kasi hindi authorized na pumasok dito (Its emtry in the country is not authorized).  Only the government can authorize that through the FDA,” he said in an interview at the sidelines of Rizal Day celebration in Manila.

(The PSG should explain why they did it.)

He added that he doesn’t know who donated the vaccines, which were reportedly developed by Chinese drugmaker Sinopharm.

He said he only knew about the vaccination after Duterte’s close-in security were vaccinated. 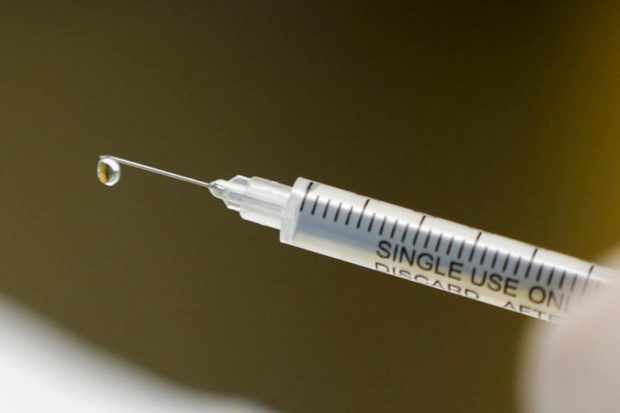 Photo from REUTERS via The Straits Times/Asia News Network

Lorenzana, however,  said he does not think the entry of unauthorized COVID-19 vaccines in the country is a breach of security since the intention of the PSG was good.

“Maganda layunin (The intention is good), everybody is safe from COVID-19,” he said.

Still, Lorenzana, pointed out that FDA rules must be strictly followed.

He said the agency must expedite the approval of COVID-19 vaccines so that the country could start importing.

(The FDA should expedite its approval of COVID-19 vaccines so that legitimate importers could start importing.)

In a separate interview on Wednesday, PSG commander Brig. Gen. Jesus Durante III revealed that the inoculation of some PSG members was done among themselves, without the help of a medical professional. #