Mancao on way out of witness program 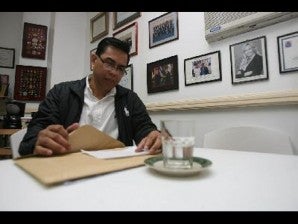 Cesar Mancao’s days as a government witness in the Dacer-Corbito double murder case are numbered.

Justice Secretary Leila de Lima on Tuesday said custody over the former police officer has been transferred from the justice department’s Witness Protection Program (WPP) to the National Bureau of Investigation (NBI).

According to De Lima, because of the Supreme Court’s affirmation of a Court of Appeals ruling that Mancao was an unreliable witness and the Manila Regional Trial Court’s decision to deny Mancao’s motion to be discharged as co-accused and to turn witness, there was no basis anymore to have him covered by the WPP.