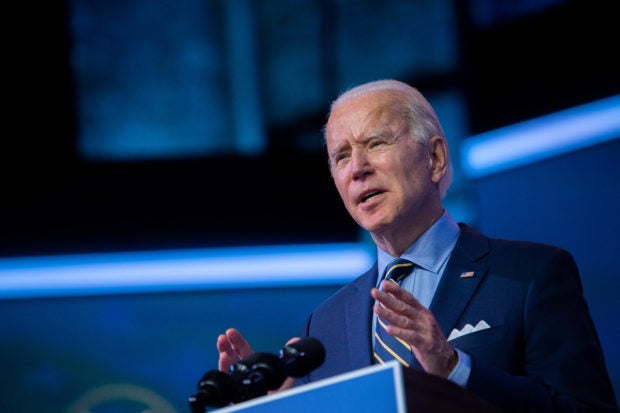 WILMINGTON, DE – DECEMBER 28: President-elect Joe Biden delivers remarks at the Queen Theater on December 28, 2020 in Wilmington, Delaware. Biden will be inaugurated as the 46th president in a scaled-down ceremony in Washington D.C. due to the coronavirus (COVID-19) pandemic on January 20, 2021. Mark Makela/Getty Images/AFP

WILMINGTON, United States  – President-elect Joe Biden said Monday that Donald Trump’s appointees at the Pentagon were stalling on the transition and warned that the United States faces security risks as a result.

After he and Vice President-elect Kamala Harris were briefed by their transition teams on national security, Biden said that political appointees at the Pentagon as well as the Office of Management and Budget had put up “roadblocks.”

“Right now, we just aren’t getting all the information that we need from the outgoing administration in key national security area(s),” Biden said after the briefing.

“It is nothing short, in my view, of irresponsibility.”

Biden said he was seeking a “clear picture” from the outgoing administration on the force posture of US troops around the world.

“We need full visibility into the budget planning underway at the Defense Department and other agencies in order to avoid any window of confusion or catch-up that our adversaries may try to exploit,” Biden said.

Trump has refused to concede the November 3 election, which Biden won by some seven million votes and by 306-232 in the state-by-state Electoral College. The president has made unsubstantiated claims of widespread fraud.

The Trump administration has drawn concern by shaking up the leadership of the Pentagon since the election including firing defense secretary Mark Esper, who had distanced himself from the president’s use of force against unarmed anti-racism demonstrators earlier this year.

Trump’s new acting defense secretary, Chris Miller, has said that the outgoing administration had agreed with Biden’s people to pause briefings for the holiday season, an assertion that the incoming team called untrue.

Trump’s last-minute installation of loyalists at the Pentagon comes amid high tensions with Iran, which Trump blamed for a rocket attack on the US embassy in Iraq ahead of the January anniversary of the US killing in Baghdad of a top Iranian general.