MANILA, Philippines — President Rodrigo Duterte on Monday bared the names of lawmakers included in the list made by the Presidential Anti-Corruption Commission’s (PACC) of government officials allegedly involved in corruption.

Before reading their names, the President noted that inclusion in the list does not mean there is hard evidence against them.

“The public should be aware that there is no hard evidence, that it cannot be translated by just reading the names that they are already guilty because presumption of innocence would like all throughout until conviction or acquittal,” Duterte said in a pre-recorded speech.

“I just want to assure everybody that yung pagbasa sa pangalan ninyo is a condemnation or indictment that you are guilty of something. In the same manner that I would tell people, do not take it as gospel truth na totoo talaga ito,” he went on. 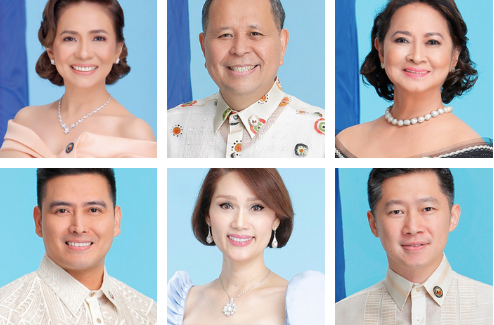 Named by the President are the following lawmakers who are supposedly involved in corruption:

Last month, Duterte refused to name the lawmakers who were allegedly linked to corruption, saying he has no jurisdiction over them given that they belong to another branch of government.

PACC Commissioner Greco Belgica had disclosed that less than 12 congressmen were allegedly involved in corruption within the Department of Works and Highways (DPWH).