Duterte’s PSG first to be vaccinated against COVID-19—AFP 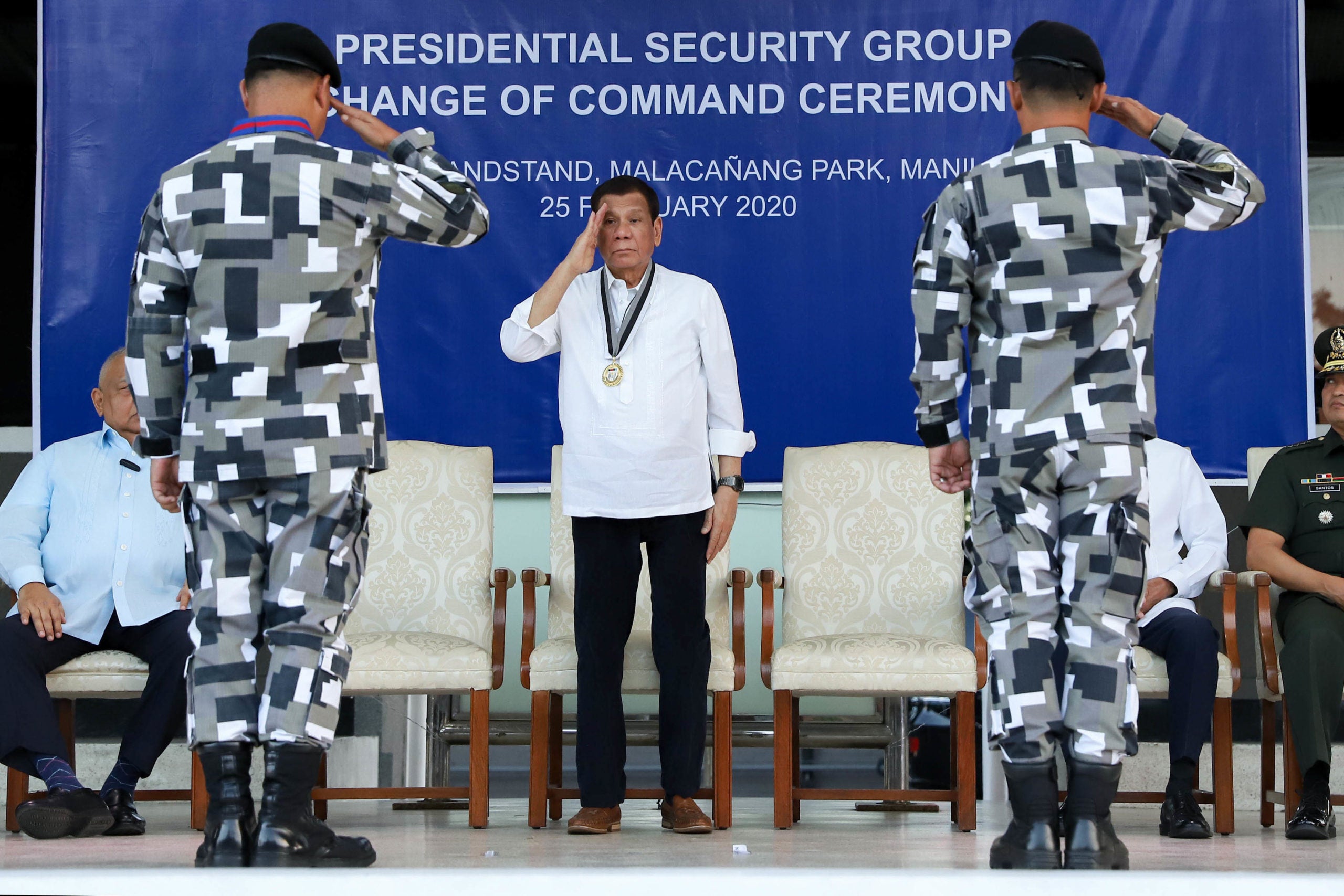 MANILA, Philippines — Members of the Presidential Security Group (PSG) were the first among military personnel to be vaccinated against the COVID-19, the Armed Forces of the Philippines (AFP) confirmed Monday.

“As the unit primarily tasked to protect and secure the highest official of the land, the PSG will have to ensure that the President is safe from all threats—including COVID-19,” AFP spokesperson Maj. Gen. Edgar Arevalo said in a statement.

Arevalo noted that the AFP is “not privy with the arrangements as to how the vaccines were obtained.”

“Because the safety of the President equates to national well-being, that security posture should necessarily include protecting the Commander-in-Chief from contracting the deadly virus from those he is constantly exposed to as the members of his security detail,” Arevalo further said.

It was Interior Secretary Eduardo Año who earlier bared that members of the PSG along with some Cabinet members were already vaccinated against the new coronavirus.

During a televised speech over the weekend, President Rodrigo Duterte said several military personnel was already inoculated with a vaccine against COVID-19 developed by China’s Sinopharm.

PSG Commander Brig. Gen. Jesus Durante III defended the move to inoculate their members, saying this was to ensure that they themselves were not a threat to the President’s health and safety.

“National security imposes the protection of the President being the Commander-in-Chief from all forms of threat, especially COVID-19, in order to preserve the stability of our nation. It is PSG’s primordial task to ensure that we have a healthy President serving our fellow Filipinos every day,” Durante said in a statement.

“We are in a state of war, a war against COVID-19. War compels us to survive as what we are now doing in this pandemic. As such, PSG exploits all means in order to deliver its mandate as what is highly expected of them by the Filipino people,” he added.

The Philippines’ Food and Drug Administration has yet to authorize the use of any COVID-19 vaccine in the country.

Despite this, Malacañang said it is not against the law to be inoculated with a vaccine even if it is not yet registered with the country’s regulators.