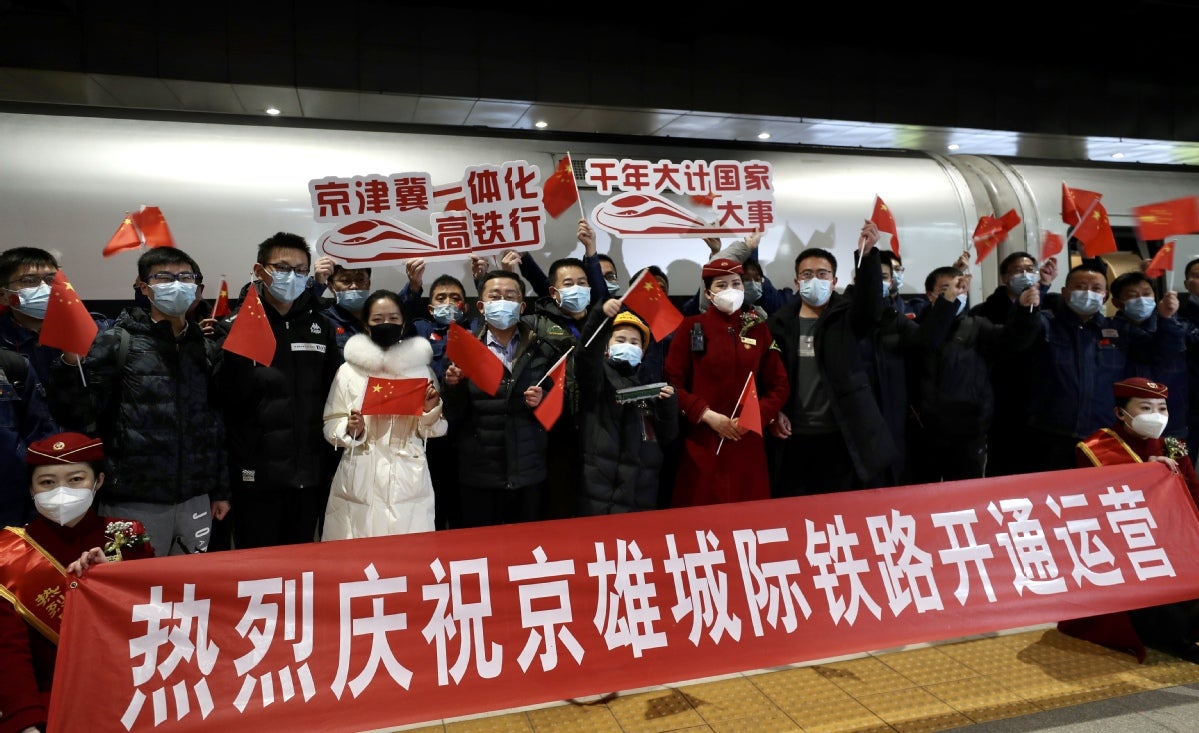 BEIJING/SHIJIAZHUANG — The Beijing-Xiong’an intercity railway opened to traffic on Sunday, connecting the Chinese capital with the country’s “city of the future” – the Xiong’an New Area.

Travel time from Beijing West Railway Station to the Xiong’an New Area was cut from one and a half hours to about 50 minutes. It takes only 19 minutes from Beijing Daxing International Airport to Xiong’an.

Among the 91-km section of the railway that was newly built, the part between Daxing airport and Xiong’an went operational Sunday, with a designed speed of 350 km per hour. The stretch between Beijing West Railway Station and Daxing airport opened in September 2019.

The travel time will further reduce to 36 minutes after the previously existing section is upgraded, said Li Zheng, a senior manager of the Xiong’an high-speed railway corporation.

Located about 100 km southwest of Beijing, the Xiong’an New Area – spanning the Rongcheng, Anxin, and Xiongxian counties and some adjacent areas – is aimed at becoming a national model of high-quality development and a new engine for the modern economic system.