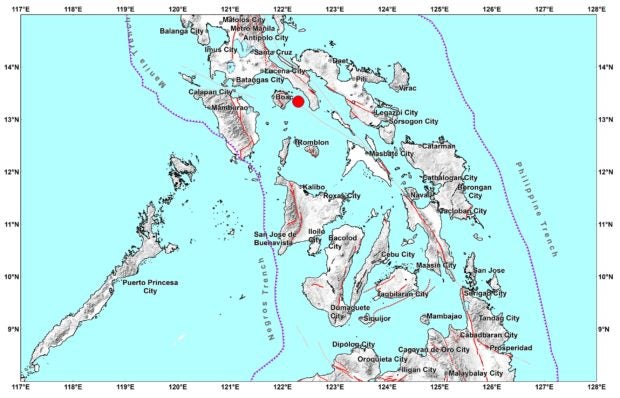 The earthquake struck 24 kilometers southwest of San Francisco town at 6:04 p.m., according to the Philippine Institute of Volcanology and Seismology (Phivolcs).

The quake of tectonic origin had a depth of 5 kilometers.

Phivolcs previously reported the earthquake to be at magnitude 4.3.

Phivolcs said earthquake intensities were recorded in the following areas:

Instrumental Intensities, meanwhile, were recorded in the following areas:

A magnitude 6.3 earthquake shook several parts of Luzon earlier in the day. Its epicenter was recorded 15 kilometers southwest of Calatagan, Batangas.[ac]