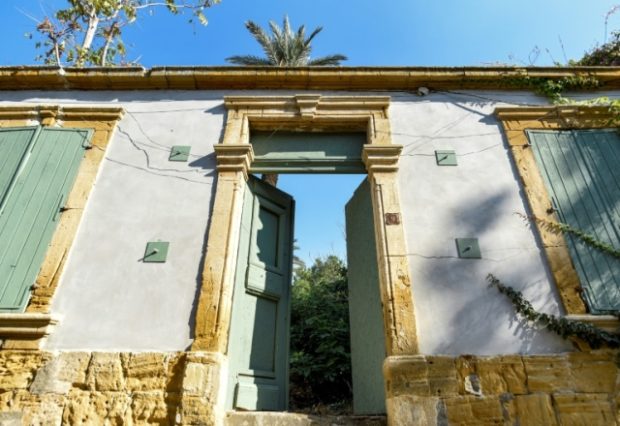 On the divided Mediterranean island of Cyprus, where abandoned and dilapidated buildings are reminders of crisis and conflict, recent seismic activity has residents worried.

A powerful earthquake in the Aegean Sea levelled buildings in nearby Turkey and Greece in late October, killing over 100 people.

Another quake this month, whose epicenter was 130 kilometers (80 miles) north of the island, even shook the inland capital of Nicosia, Europe’s last divided capital.

Cypriots have begun to sound the alarm.

“Seriously damaged houses are a danger for public safety, especially in case of an earthquake,” said Andreas Theodotou, president of the Cyprus Association of Civil Engineers.

“Our main concern is the stock of old buildings that were built prior to the enforcement of the Cypriot seismic code in 1994… A great majority,” he said.

More than 70% of buildings predate seismic construction standards, according to a 2018 civil defense report, and more than half of structures made of stone could be lost in a major quake.

Myriad factors led to the state of disrepair of buildings across the island.

In 1974, Turkey invaded and occupied the northern third of Cyprus in response to an Athens-sponsored coup seeking to annex the island to Greece.

Turkish Cypriots fled to the north, now the breakaway Turkish Republic of Northern Cyprus, recognized only by Ankara, and Greek Cypriots south.

Family squabbles over inheritances, preferences for more modern homes, and Cyprus’s 2013 economic crisis have also led to an abundance of poorly maintained or dilapidated buildings.

Cyprus “lies within the Alpine-Himalayan seismic zone, in which about 15% of world earthquakes occur,” said Sylvana Pilidou, who works in the government’s geological survey department.

“Historical references and archaeological findings reveal that strong earthquakes struck Cyprus in the past, which on several occasions destroyed its towns,” she added.

Savvas Louka, a butcher in the Old City of Nicosia, where Venetian walls, Ottoman buildings and more modern architecture reflect the island’s history, is among those who are concerned.

Last year a building that faced his shop collapsed after heavy rain.

“My building, too, is no longer in good condition,” he said.

Also in the Old City, architect Savvas Christophidis said authorities intervened this year to save the walls of the house next door, the abandoned home of Turkish Cypriots who live in the north.

The roof and interior of the house, whose double front doors lead to a garden with a single palm tree, had already collapsed, Christophidis said.

More than 6,350 homes are classified as protected cultural heritage, according to official figures from 2018.

But it is not only the Old City that is at risk.

“The coastal cities… are in a higher seismic zone,” said Platonas Stylianou, secretary-general of the Cyprus Scientific and Technical Chamber.

He warned, however, that all decrepit, old and abandoned buildings across Cyprus are at risk and could face “great damage or even collapse during a major earthquake.”

“Measures seem to be implemented only when buildings are declared as dangerous for public safety or nearing this stage.”

Stavroula Thravalou, a specialist in architecture and heritage conservation at the University of Cyprus, said incentives such as tax deductions to conduct building maintenance were not enough.

“We have to go further, with a re-use and revitalization strategy for abandoned buildings and neighbourhoods if we want to restore the bonds with the residents,” she said. CC

Quake drills with twist during pandemic: Duck, cover at home