WHO: No evidence yet COVID-19 variant in UK more virulent 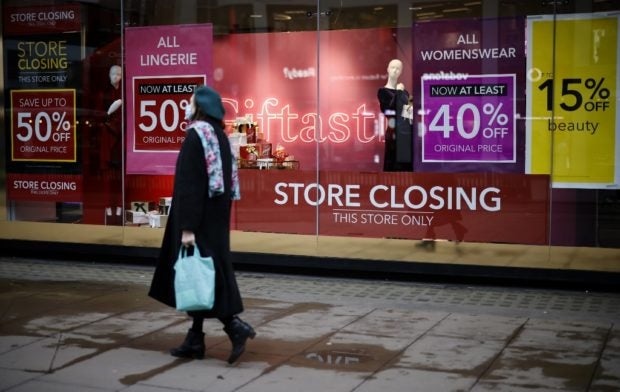 The World Health Organization (WHO) on Tuesday said there was still no evidence that the new coronavirus variant detected in the United Kingdom made the disease more severe or rendered the vaccines being rolled out ineffective.

British Prime Minister Boris Johnson earlier announced the implementation of tighter restrictions in his country ahead of the holidays after scientists found a more infectious variant of the virus that he said “may be up to 70 percent more transmissible than the earlier strain.” (See related story on page B4)

This prompted a host of countries to impose a travel ban on the United Kingdom. These include Germany, Italy, Canada, Turkey, and Switzerland.

Based on the United Kingdom’s report to the WHO, an increase in transmission was detected in southeast England in late November to early December despite existing interventions.

Dr. Mike Ryan, the WHO’s Health Emergencies Programme chief, said during an online briefing that studies were underway, but there was “zero evidence at this point that there’s any increase in severity associated with this disease.”

“We’ve seen many variants emerge over the last number of months. Some had been successful, some had not been as successful in establishing themselves as part of the driving force of COVID-19,” Ryan said.

“What no variant has done yet is establish itself as having any higher level of severity or evading our diagnostics or hiding from vaccines or the effectiveness of the vaccines. It remains to be seen with any new variant. That’s why it’s important that we continue the work,” he added.

Dr. Maria Van Kerkhove, the WHO’s health emergencies technical lead, said this increase was being associated with what British authorities called the B117 lineage of the SARS-CoV-2, which includes the N501Y mutation in the spike gene of the coronavirus that causes COVID-19.

“What they have told us is they are looking at an increase in the reproduction number of about 0.4, moving from 1.1 to 1.5. They are trying to determine how much is associated with the variant itself, as well as behavioral differences in individuals that this variant has infected,” Kerkhove said.

She said that apart from the ongoing investigation on how this variant affected the severity of the disease, there were also studies on whether it had an impact on the response of antibodies. Results of these studies were expected in the coming weeks, she added.

Dangerous in any form

Regardless of the variant, however, Kerkhove stressed that “SARS-CoV-2, in any form, is a dangerous virus.”

She urged everyone to do their part in ensuring they minimize their risk of being infected, especially as the holidays are just days away.

“We say know your risk, lower your risk. There are things that you can do at an individual level,” she said.

“The activities that we take ourselves to minimize our own exposure are applicable for any SARS-CoV-2 virus that’s circulating, including the new variant that has been identified in the UK,” she added. INQ