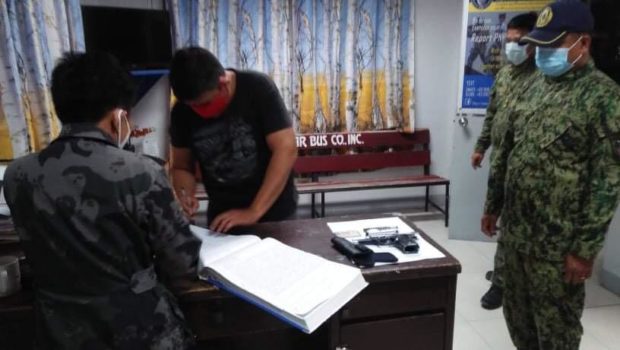 “That’s right. Even if off-duty they can bring their firearms while they respond to the situation that is meant to address the problem itself. But, if they are actually bringing with them firearms by way of committing certain offenses then that is not part of the [PNP] procedure itself,” Usana said over CNN Philippines, when asked if lawmen are allowed to bring their guns even during off-duty.

“I guess what Nuezca did even if he brought with him his firearms is not in accordance with our existing administrative rules,” he further said.

Usana explained that law enforcers carry their firearms only “in the performance of their duties” but not for “personal agenda.”

“Generally, kapag ang pulis work on 24/7 kind of functions as law enforcement and the people are expecting us that everytime they are asked to provide assistance, we will be there. More often than not, our police officers are bringing their firearms in order to subdue criminals, ensure that they are properly attended to,” he said.

“But if they are using this for personal agenda then that is something that is not in accordance with our procedures. they have to carry their firearms only in the performance of their duties,” the PNP spokesman added.

Nevertheless, the PNP Internal Affairs Service said it will rush the conduct of its probe on Nuezca’s administrative liability within 30 days.

On Sunday, Nuezca fatally shot Sonya Gregorio and her son Frank over an altercation about the firing of a bamboo noisemaker.

A case for two counts of murder was already lodged against Nuezca at the Regional Trial Court ng Branch 67 ng Paniqui, Tarlac.

The Tarlac Provincial Prosecutor indicted Nuezca for two counts of murder for “willfully, unlawfully and feloniously, with evident premeditation, treachery and taking advantage of superior strength,” killed the Gregorios.