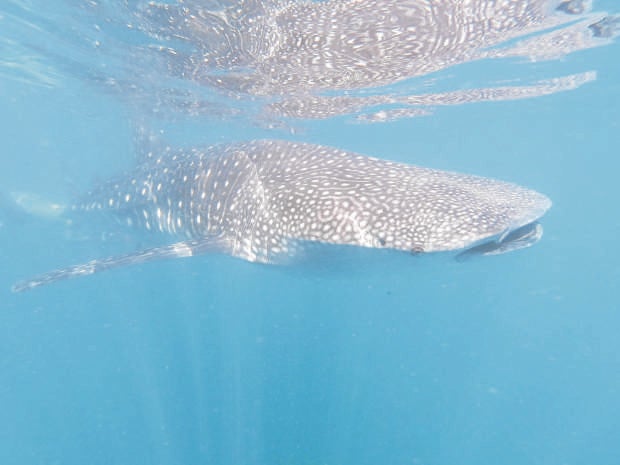 SORSOGON ATTRACTION The coastal town of Donsol in Sorsogon province has been attracting tourists wanting to have close encounters with whale sharks, locally known as “butanding,” feeding in its rich waters. —PHOTO COURTESY OFWWF PHILIPPINES

The discovery of a newborn whale shark (Rhincodon typus) in the waters off Donsol town, Sorsogon province, illustrates the urgent need to further protect the Ticao-Burias Pass Protected Seascape from threats that may bring harm to the endangered species, according to marine scientists.

A scientific paper published in the Journal of Fish Biology by the Large Marine Vertebrates Research Institute Philippines (Lamave) and the Bureau of Fisheries and Aquatic Resources in Bicol said the discovery early this year suggested that these waters are important reproductive habitats for the species, locally known as “butanding,” and crucial for their survival.

The article, published in November, reported the discovery of the newborn male whale shark by a member of Donsol’s tourism office on March 15 in shallow waters, where it was possibly caught when the tide retreated.

Measuring only 60 centimeters, it was only the third neonatal whale shark found in the area. Two others were discovered nearly a decade ago, when they were found entangled in fishing gear in March 2009.

“Given their poor at-birth swimming abilities, it is likely that neonates remain fairly close to their birthing grounds, thus indicating Donsol and the Ticao-Burias Pass to be an important pupping ground and nursery area,” Lamave said in a statement.

Scientists also reported in the paper that researchers and local whale shark tourism guides alike noted and witnessed mating-like behavior by whale sharks in the area.

Considering the discoveries, they said it would be beneficial to reduce any disturbance to the endangered species. They noted the whale shark’s conservation status and the national protection accorded to it and its habitat. 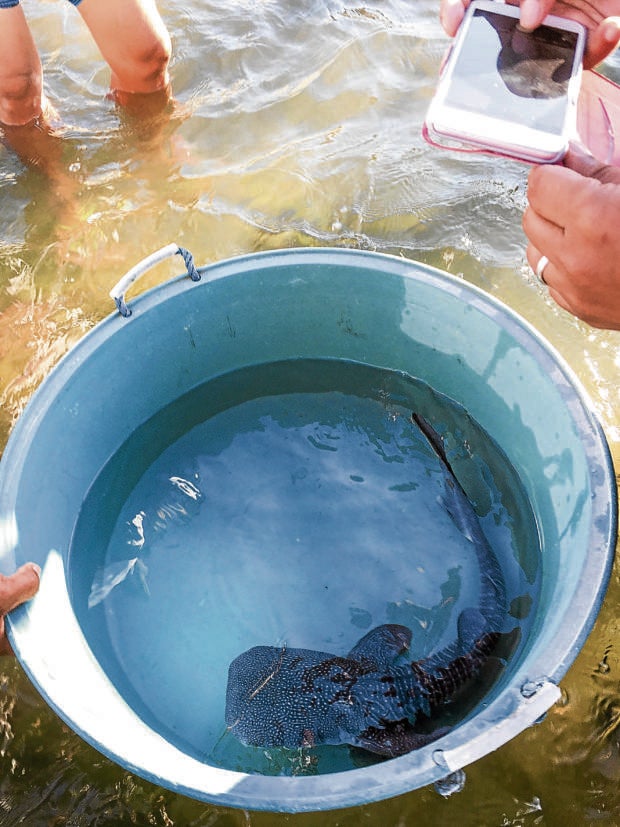 “The Ticao-Burias Pass Protected Seascape Management Board must ensure sustainable use of its resources and should further protect this critical habitat by means of ensuring the sustainability of the tourism industry, reducing any illegal fishing and mitigating legal fishing methods potentially detrimental for the threatened species … including coastal development,” they said.

The Philippines is a globally significant area for whale sharks, hosting the second-largest known aggregation of its species in the world.

While the butanding are also spotted elsewhere in the country, Donsol is the first and longest-running whale shark ecotourism destination in the Philippines, earning the moniker “Whale Shark Capital of the World.”

In the first half of 2019, more than a hundred new whale sharks were sighted in this area, marking the highest number in the past few years.

Despite their conservation status, threats to the species persist, such as the demand for their meat, fins and oil in the international market. They are also often victims of accidental capture.

Irresponsible wildlife tourism practices can also disrupt their behavior and cause harm.

A study published also by Lamave in the journal Aquatic Conservation, Marine and Freshwater Ecosystems in October showed that the majority of whale sharks observed in Oslob, Cebu province—another area they frequent—have been injured and scarred due to activities linked to wildlife tourism. INQ