Work, classes in Tuguegarao stopped as 90 percent of city is flooded 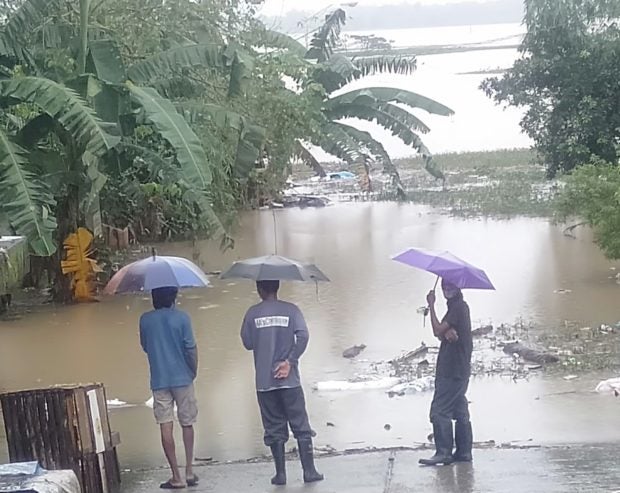 TUGUEGARAO CITY—The city government ordered classes and work in government offices suspended for two days starting on Monday due to flooding in the city.

“Almost 90 percent of land area was inundated as a result of successive rainfall brought about by climate change,” said the order by Mayor Jefferson Soriano.

The flooding swept not only the city but also the towns of Lasam, Baggao, Tuao, Amulung, Solana, Enrile and Camalanjugan all in Cagayan province.

Read Next
Anti-communist groups stage protest vs NPA atrocities
EDITORS' PICK
LTO’s P500-M deal for screws draws scrutiny
Nestlé Philippines’ ‘NESCAFÉ Plan’ bags Grand Anvil at PRSP 56th Anvil Awards
Every Filipino home can now be a smart home with realme TechLife
New 3,045 COVID-19 cases push PH total active cases to 40,074
How to lose a PH genius: Wesley So officially a US citizen
Smart reinforces superiority with best speed and mobile video experience in PH
MOST READ
Kris Aquino dispels rumors on son Josh getting married, thanks Ogie Diaz for defending him
How to lose a Filipino genius: Wesley So officially a US citizen
LTO’s P500-M deal for screws draws scrutiny
US lays out list of aid to ‘satisfy’ Duterte following VFA payment demand
Don't miss out on the latest news and information.