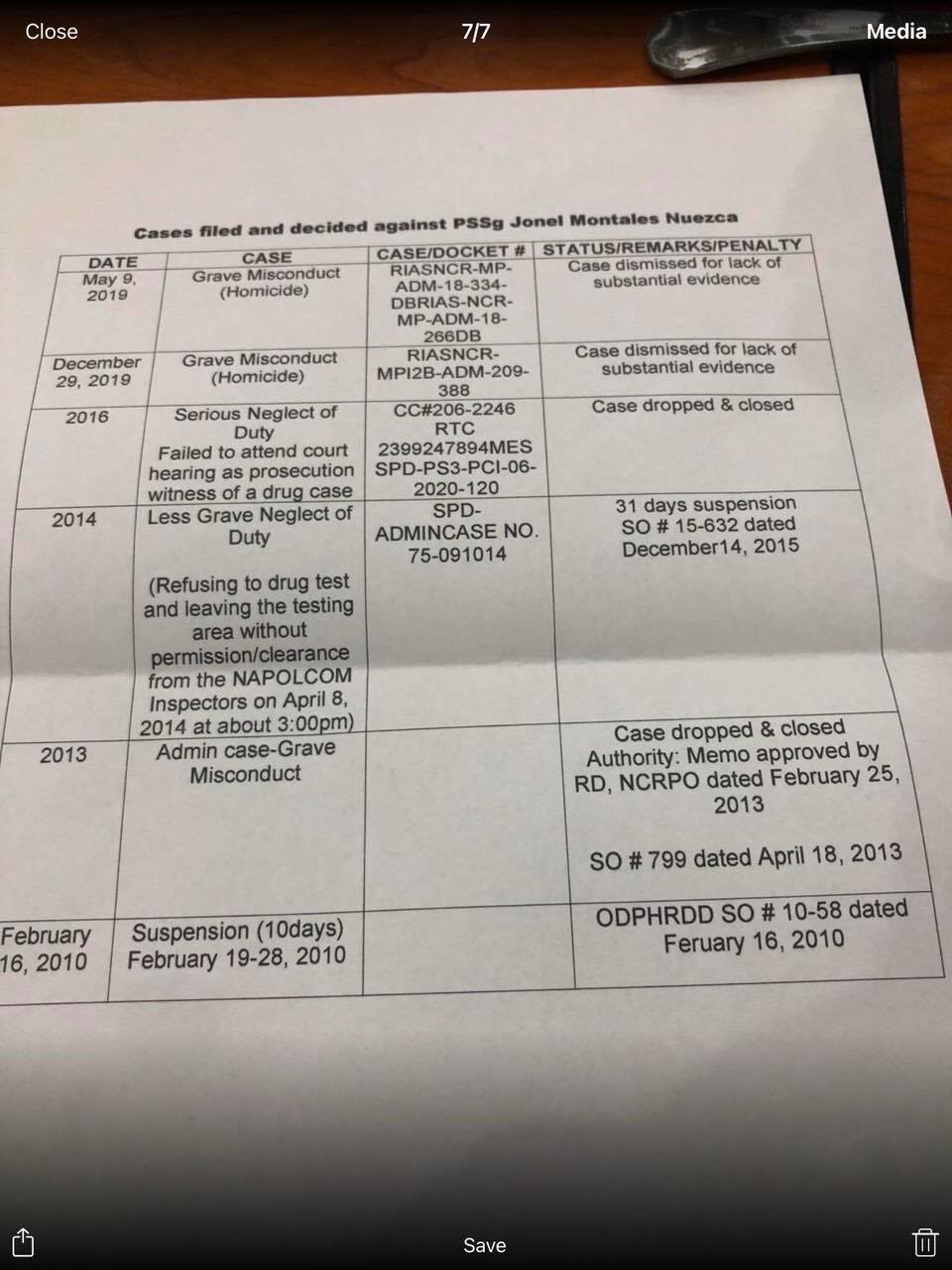 Senior Master Sergeant Jonel Nuezca has been slapped with administrative cases but many were dropped. PHOTO/Police Regional Office 3

MANILA, Philippines — The police officer who has shot dead a mother and her son in Paniqui, Tarlac had previous administrative cases in the Philippine National Police (PNP).

Data from the Police Regional Office in Central Luzon released to the media on Monday showed that Senior Master Sergeant Jonel Nuezca was previously investigated for cases of grave misconduct for homicide in May and December 2019. Both, however, have been dismissed for lack of substantial evidence.

In 2016, he faced an admin case for serious neglect of duty for failing to attend a court hearing as prosecution of a drug case but the case was also dropped and closed.

In 2014, he faced a case for less grave neglect of duty for refusing to take a drug test and leaving the testing area without permission or clearance from inspectors of the National Police Commission on April 8 that year, for which he was sanctioned with 31 days of suspension.

In 2013, he was also investigated for an administrative case of grave misconduct but the case was dropped and closed as well.

The Paniqui Municipal Police is also preparing a complaint for double murder against Nuezca, assigned at Parañaque City, for the killing of 52-year-old Sonya Gregorio and her 25-year-old son Frank Anthony Gregorio in Paniqui town on Sunday.

Interior Secretary Eduardo Año also assured that criminal and administrative cases will be filed against the policeman.