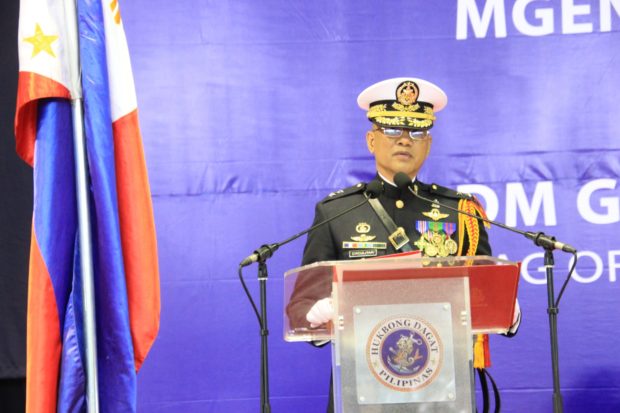 In his assumption speech, Caculitan vowed to focus on national maneuver amphibious force, coastal defense, special operations and humanitarian aid and disaster response, the PMC said in a statement Sunday.

He also pledged to bolster reserve force development, focusing on integrating Marine reservists into the regular force and subject matter expertise exchanges. Caculitan worked closely with reservists as commander of the Naval Reserve Command before his new designation.

Caculitan, a member of the Philippine Military Academy “Makatao” Class of 1989, also served as deputy commandant and chief of staff of the PMC, and the first Marine to serve as assistant chief of naval staff for personnel.

As a naval aviator, he was also the first Marine officer to head the Naval Air Group.

In 2015, he was recognized by the Metrobank Foundation as one of the Ten Outstanding Filipino Soldiers.