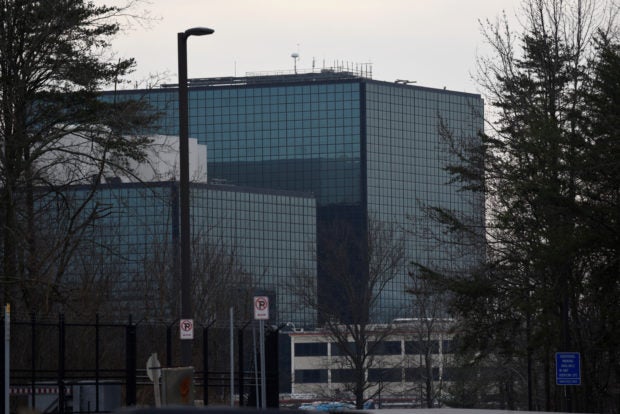 A senior lawmaker is concerned the Pentagon is pushing to split the National Security Agency, America’s premier signals intelligence organization, from U.S. Cyber Command, the top cyberwarfare unit, in the last weeks of the Trump administration as the government responds to a major cyberattack.

News of the possible reorganization emerged following a breach of government computer systems across more than half a dozen federal agencies, with Russian hackers believed to be the main culprits, according to U.S. officials.

U.S. Representative Adam Smith, Democratic chair of the House Armed Service Committee, said in a letter published on the committee’s website on Saturday that he is “profoundly concerned about reports that the department is unilaterally seeking to end the dual-hat relationship” between the two agencies.

Spokespeople for Smith did not immediately respond to a request for comment. It was unclear which reports Smith was referring to in his letter to Acting Defense Secretary Christopher Miller, but Cyber Command officials have been briefing lawmakers in recent days, according to a person familiar with the matter.

One congressional aide in a different lawmaker’s office, who spoke on condition of anonymity, told Reuters there is fear that a rushed reorganization of the nation’s top two offensive cyber agencies would handicap the U.S. government’s ability to respond to the ongoing hack.

At the Pentagon, a “potential proposal” to split the agencies reached the top U.S. general’s desk, chairman of the Joint Chiefs of Staff General Mark Milley, within the last two weeks, according to a U.S. official. Milley has not yet reviewed the plan, the official said.

The initiative originated at the defense secretary’s office, according to the official and a second familiar with the matter.

The Pentagon did not immediately respond to a request for comment. A NSA spokesperson said the agency had no comment. If a split were decided then it would normally require Congressional notification.

The so-called “dual hat” designation allows for NSA and Cyber Command, both headquartered at Fort George G. Meade military base in Maryland, to be more unified through a single leader: Army General Paul Nakasone.

In either case, experts told Reuters that a hasty separation of the agencies at a crucial moment, as the Trump administration prepares to hand over to President-elect Joe Biden on Jan. 20 and the U.S. government responds to one of the biggest hacks in years would be damaging.

“You don’t do this during one of the most wide-ranging incident response efforts in history after this major hacking incident by what we believe is Russia,” U.S. Representative Jim Langevin told Reuters. “Acting Secretary Miller and General Milley need to shut down this dangerous idea immediately.”

Langevin, who sits on the House Armed Services and Homeland Security Committees, said he was concerned and upset by several “questionable” recent developments at the Pentagon.

“I can see where this is going, that they would presumably put a Trump-loyalist, civilian head of the NSA that would be acting and I am very disturbed by what the implication could be,” Langevin said late on Saturday in a telephone interview.

Mark Montgomery, senior adviser to the chairmen of the Cyberspace Solarium Commission, the U.S. government’s top cyber policy body, said the insufficient defensive capabilities of federal government systems were mostly to blame for the latest hack – not the performance of Cyber Command.

“It appears premature and dismissive of Congressional oversight to execute a split,” Montgomery said.

Read Next
Philippine Daily Inquirer bags 3 awards at 42nd CMMA
EDITORS' PICK
Geek out at TOYCON 2022 powered by Smart Signature
UK’s Boris Johnson will resign, BBC reports
High inflation: Your P1 is now worth only 87 centavos
High-risk pregnancy: Reducing your risk is in your hands
Unemployment rate up to 6% in May
House energy committee chair Arroyo bats for cheap electricity
MOST READ
Suspect in grisly killing of missing woman in Bulacan arrested
Kim Atienza’s daughter flaunts bikini body in response to critics of her ‘revealing photos’
Cop slain in Isabela ambush
FDA probes popular Filipino noodle brand for ‘high level of ethylene oxide’
Don't miss out on the latest news and information.