‘Vicky’ to linger over PH

Tropical Depression Vicky, coupled with the tail end of a frontal system, is forecast to bring moderate to heavy rain on Saturday over Bicol Region and parts of Visayas.

The 22nd typhoon to affect the country this year, Vicky made landfall in Baganga, Davao Oriental, on Friday at 2 p.m.

While the weather disturbance was relatively mild with winds of up to 45 kilometers per hour and gusts of up to 75 kph, weather forecasters earlier warned that Vicky’s large cloud band could bring heavy rain to areas along its track.

At least four towns and a city in Agusan del Sur province were flooded after continuous heavy rains caused by Vicky. 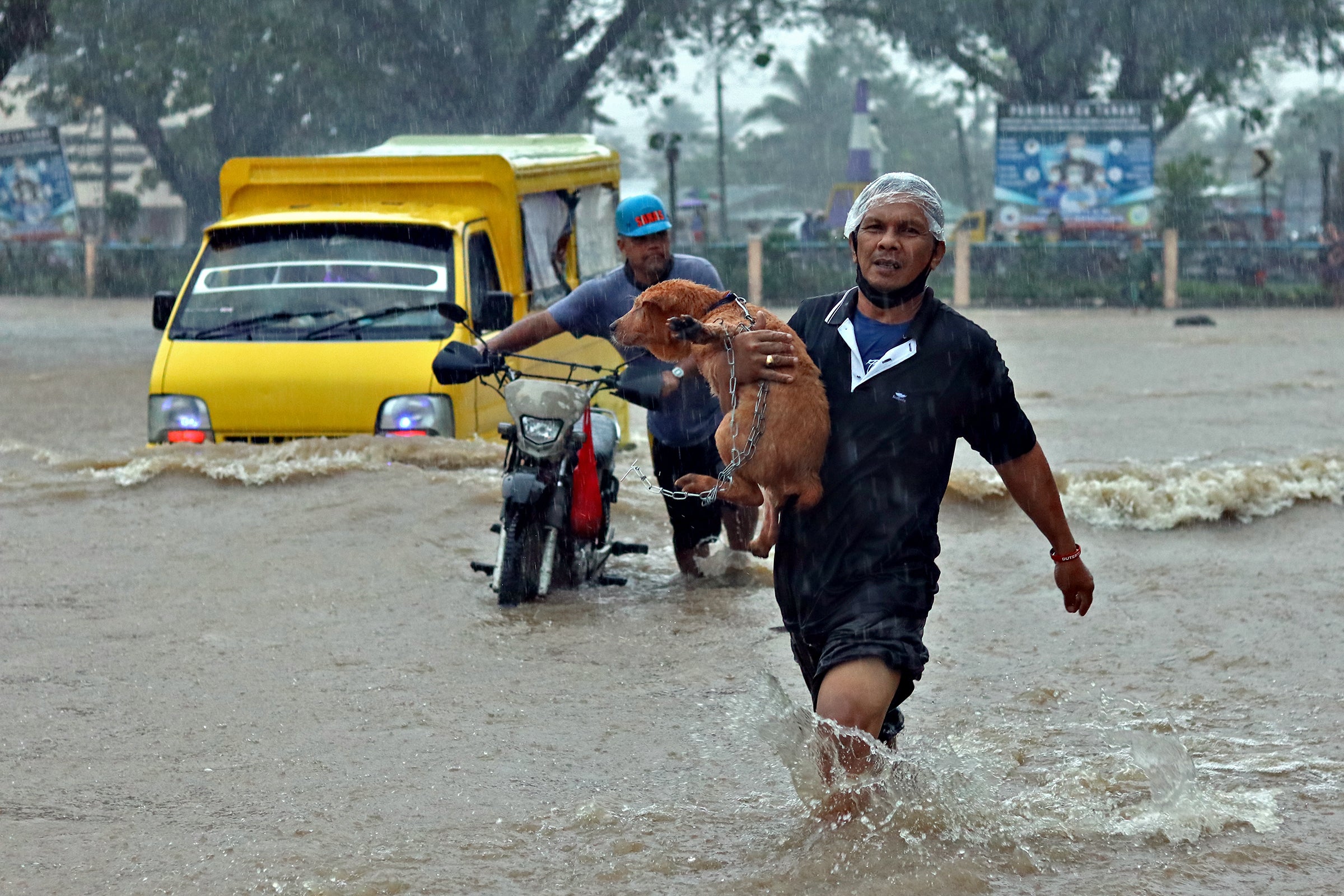 Bayugan City and the towns of San Francisco, Rosario, Santa Josefa, and Trento were among the hardest-hit by floods, which threatened to submerge homes.

Village residents took to Facebook to plead for rescue as the flood kept rising until they had to get to their rooftops. They said they had difficulty connecting with the local disaster response office.

In San Francisco, power was cut off since Friday morning, as Mayor Solomon Rufila ordered the suspension of work in all offices amid heavy rain.

Some villages in Santa Josefa and Trento towns were submerged by floodwaters.

Vicky is expected to bring on Saturday moderate to heavy rain over Bicol Region, Eastern Visayas, Central Visayas, Quezon, and the northern portion of Palawan.

The state weather bureau said Vicky could make two other landfalls over the southern portion of Negros Island and over Palawan. It is forecast to exit the Philippine area of responsibility on Monday afternoon.

In Lapu-Lapu vaccination simulation, mayor gets injected with saline solution