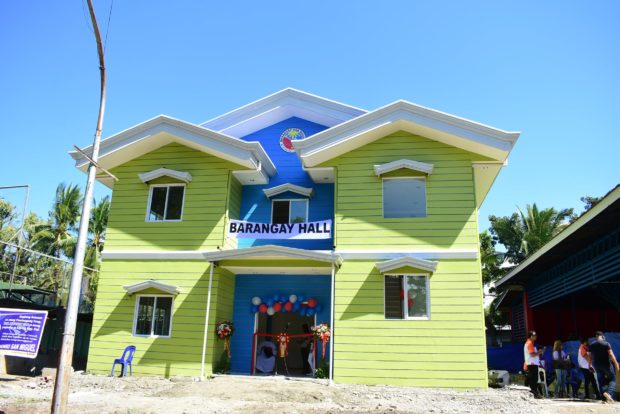 MANILA, Philippines — If this barangay hall in San Miguel, Iligan City looks familiar, that’s because it is similar to the design of the popular Quezon City-based Pinoy Big Brother (PBB) house.

In a Facebook post, Iligan City Rep. Frederick W. Siao shared photos of the blessing and the turnover ceremony of the vibrant barangay hall.

The barangay hall is clad in blue and yellow paint much like the PBB house being viewed by those who will pass by Eugenio Lopez Drive in Diliman, Quezon City.

(Did you see the new barangay hall of San Miguel? The design is similar to PBB House!)

Siao also said P5 million worth of funds were used for building the barangay hall.