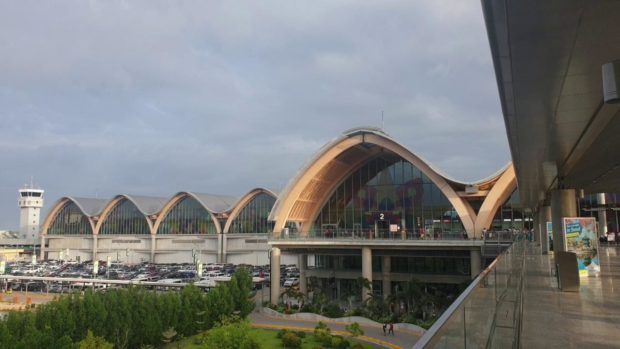 MANILA, Philippines — The Office of the Ombudsman has ordered the six-month preventive suspension of Steve Dicdican, Chief Executive Officer and General Manager of Mactan-Cebu International Airport Authority (MCIAA), over allegations of allowing foreign nationals to manage the airport.

The Ombudsman’s decision stems from the complaint filed on December 14 by the National Bureau of Investigation (NBI), represented by its Anti-Fraud Division chief Palmer Mallari against Dicdican for grave misconduct, gross neglect of duty, and conduct prejudicial to the best interest of the service with prayer for the issuance of a preventive suspension order.

“Considering his position as general manager of MCIAA, and in order to prevent any possible tampering of evidence, harassment of witnesses, interference or exercise of influence by Dicdican, and/or withholding or concealment of pertinent records or documents, this Office finds justification to place respondent under preventive suspension pending investigation of this Complaint,” Ombudsman Samuel Martires said in a decision released Thursday.

According to Martires, “evidence on record suggests that the evidence of guilt is strong and that the charge involves Grave Misconduct, as well as Gross Neglect of Duty, which would warrant his removal from the service.”

He added that his continued stay in office may prejudice the case filed against him.

“He is hereby placed under preventive suspension for a period of six months without pay, pursuant to Section 24 of R.A. 6770,” he added.

According to Martires, the NBI has alleged that in April 2014, the then Department of Transportation and Communications  and MCIAA awarded MCIA’s management and operation to GMR Megawide Cebu Airport Corporation (GMCAC) under a 25-year concession after winning the bid for P14.4 billion.

The concession was for the expansion and operation of the MCIA. However, the NBI said the actions of GMCAC went beyond the terms and coverage of its concession and that the MCIA was operated and managed by foreign nationals.

GMCAC chief executive advisor Andrew Acquaah-Harrison, with Dicdican’s knowledge and consent, allegedly performs managerial and executive functions at the MCIA, according to NBI.

“Instead of reporting these irregularities to the MCIA Board, Dicdican turned a blind eye and knowingly aided, assisted and/or abetted these foreign officers/employees of the GMCAC in the perpetration of the acts penalized by the Anti-Dummy Law,” said Martires.

“His acts likewise constitute an iodation of the Anti-Graft Law since he gave unwarranted benefits to these foreign nationals and effectively caused undue injury to the government,” he added.

Martires likewise prohibited Dicdican from entering his office in order to prevent any possible tampering of evidence, harassment of witnesses, interference or exercise of influence, or withholding of pertinent records or documents during the duration of his preventive suspension.