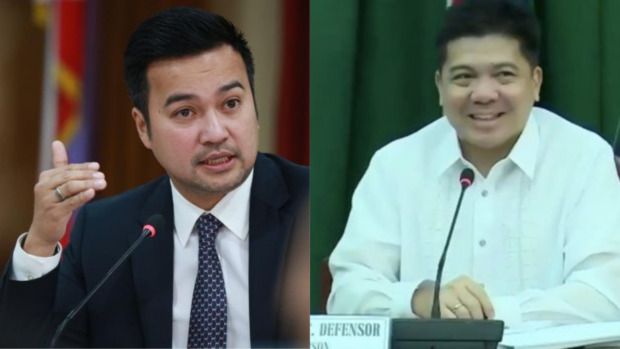 MANILA, Philippines — The House of Representatives under Speaker Lord Allan Velasco now has 32 deputy speakers after the chamber elected two more lawmakers to the position.

During the last day of the session for 2020 on Wednesday, the House elected Cavite 8th District Rep. Abraham “Bambol” Tolentino and Davao City 3rd District Rep. Isidro Ungab as the new deputy speakers.

Last March, Ungab was removed as chair of the House appropriations committee under the leadership of then former Speaker Alan Peter Cayetano.

Meanwhile, Anakalusugan party-list Rep. Mike Defensor was stripped of his chairmanship to the chamber’s Committee on Public Accounts.

“Speaker Lord Velasco is the worse (sic). He didn’t even have the courtesy to talk with me even as we had a short meeting last week as regards the investigation to be conducted by the Committee on Public Accounts,” Defensor said in a statement sent to reporters following his removal as chair of the public accounts panel.

“He even requested [to] me that we all suspend investigations until January which I respectfully agreed to,” he added.

Defensor said he would not have “resisted” if Velasco had asked him to give up the position.

“Civility and leadership dictates that even as we have differences in the past leadership fight, that we treat each other in a respectable manner. I am comforted by the thought that clear lines have been drawn and in the spirit of the season, I wish Speaker a Merry Christmas. See you next year,” the lawmaker said.