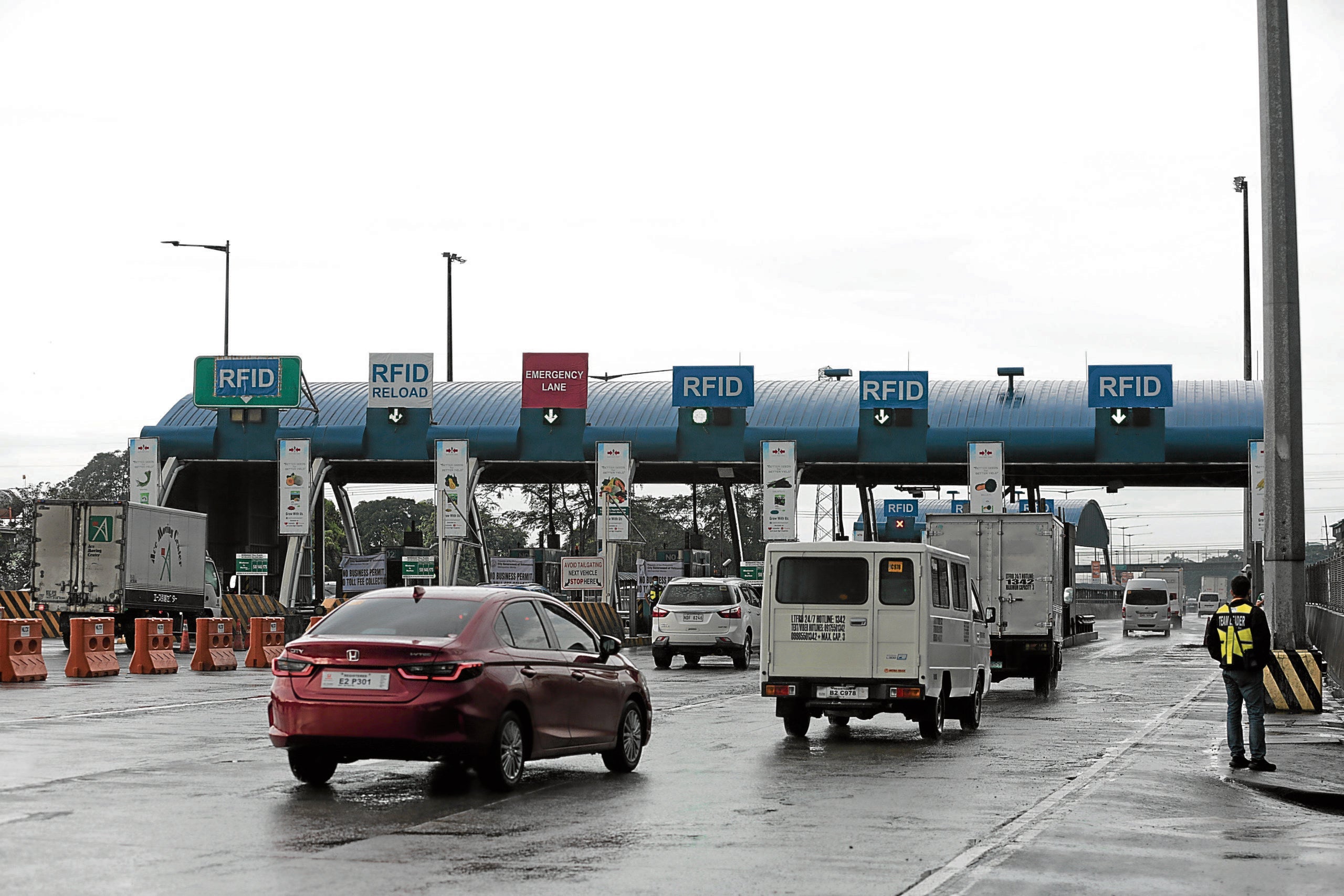 BARRIERS UP In this photo taken on Dec. 8,motorists drive PANDEMIC freely through the toll plaza on Mindanao Avenue where a “toll holiday” declared by Valenzuela Mayor Rex Gatchalian after suspending the business permit of the tollway operator for failure to break gridlock on North Luzon Expressway keeps the barriers up. The operator got its permit back on Wednesday after agreeing to solve problems with its electronic toll collection
system. —GRIG C. MONTEGRANDE

Motorists using North Luzon Expressway (NLEx) in Valenzuela City are paying toll again Thursday, a day after the local government and the tollway operator resolved a row over how to break gridlock on the turnpike caused by a badly managed shift to electronic toll collection.

The local government on Wednesday issued an order conditionally lifting the suspension of the business permit of NLEx Corp., ending a “toll holiday” it imposed on Dec. 7 after the tollway operator failed to ease congestion on the expressway caused by malfunctioning radio frequency identification (RFID) sensors and slow RIFD stickering and reloading at toll plazas.

NLEx Corp. agreed to raise the barriers at the toll booths from 5 a.m. to 10 p.m. to allow faster flow of vehicular traffic. For security, the barriers will be lowered from 10 p.m. to 5 a.m.

Nighttime freight trafficAt a meeting with the tollway operator on Monday, the city government proposed that the barriers be removed to allow free flow of traffic.

But on Wednesday, Valenzuela Mayor Rex Gatchalian said the city government agreed to the lowering of the barriers after 10 p.m. because conditions on the expressway changed with the return of freight traffic on the road at night.

“There are bigger trucks from Central and Northern Luzon at night. We have [fewer] enforcers during those hours so the worry is that these trucks might overload and cause accidents [on] the tollways,” Gatchalian told the Inquirer in an interview.

In a deed of undertaking signed by NLEx Corp. president and general manager Luigi Bautista, the company committed to upgrade its RFID system for real-time reloading, improve its apps and account management, streamline its registration process by Jan. 30, 2021, and resolve customer complaints, among them discrepancies in charging of accounts.

The company also said it would voluntarily cease business operations should it fail to meet the undertaking or violate mayor’s permit conditions or other regulations.

NLEx Corp. and the city government agreed to form a technical working group to study the open-road tolling proposed on Monday by Gatchalian, and to “innovate traffic and account management initiatives.”

Not ready for shift

The suspension of the company’s business permit was lifted at noon on Wednesday, breaking a standoff that lasted for nine days during which traffic on the expressway moved faster without the barriers and motorists did not have to go through trial-and-error RFID reading at the tool booths.

The Department of Transportation made the shift to electronic toll collection mandatory starting Dec. 1 after toll collectors caught the coronavirus that causes the severe respiratory disease COVID-19.

But even after years of trying to modernize toll collection, tollway operators had never perfected the system and the chaos on the expressways that came with the Dec. 1 imposition showed that the country was not ready for the shift.

The Senate public services committee opens an inquiry into the matter on Thursday.