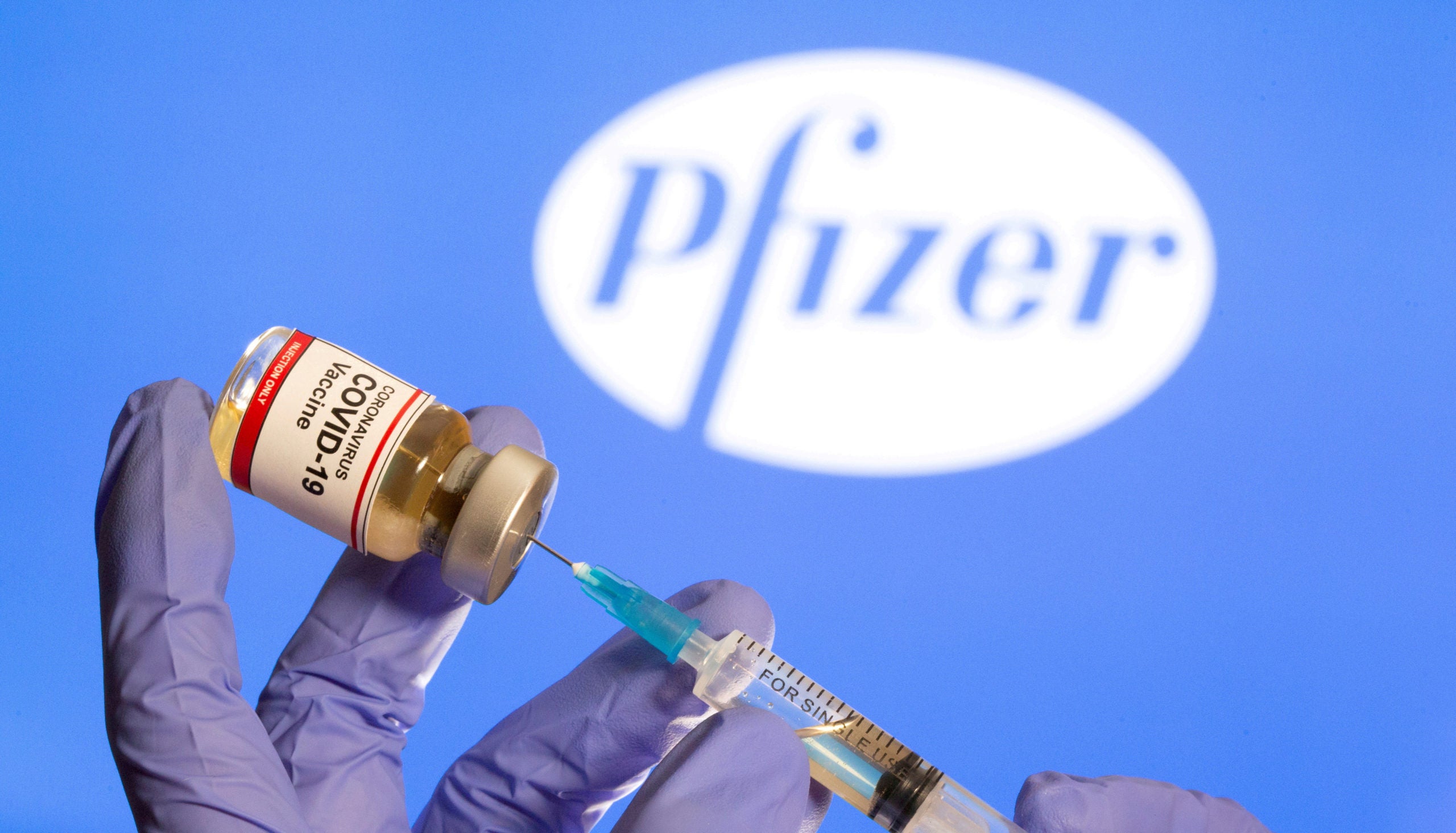 FILE PHOTO: A woman holds a small bottle labeled with a “Coronavirus COVID-19 Vaccine” sticker and a medical syringe in front of a displayed Pfizer logo in this illustration taken, October 30, 2020. REUTERS/Dado Ruvic/File Photo

MANILA, Philippines — The Philippines would have secured the delivery of 10 million doses of Pfizer COVID-19 vaccines as early as January next year had Health Secretary Francisco Duque III  worked on the documentary requirements needed for the deal.

This was according to Senator Panfilo Lacson, who was able to talk to Philippine Ambassador to the US Jose Romualdez about the official who “dropped the ball” on the Pfizer vaccine deal.

According to Lacson, the negotiation between U.S. Secretary of State Mike Pompeo and Foreign Affairs Secretary Teodoro Locsin Jr. as arranged by Romualdez started in July this year, which would have allowed the country to acquire the Pfizer vaccines as early as January 2021.

“They could have secured the delivery of 10 million Pfizer vaccines as early as January next year, way ahead of Singapore but for the indifference of Sec. Duque who failed to work on the necessary documentary requirement namely, the Confidentiality Disclosure Agreement (CDA) as he should have done,” Lacson said in a message to reporters.

“The country representative of Pfizer was even following up on the submission of such documentary requirements,” he added, noting that Finance Secretary Carlos Dominguez III has assured both Locsin and Romualdez that funds would be “made available” for the vaccines.

“As we now know, Singapore has the vaccines and we don’t,” the senator further said.

In an earlier media forum, Duque said that the negotiation with Pfizer for its vaccines is ongoing and that “there is no such thing as dropping the ball.”

“If you look at the statement, the negotiations are ongoing and the DOH (Department of Health) went through the process of iteration,” he said.

The health secretary emphasized that the department is still reviewing the conditionalities and provisions stated in the confidentiality non-disclosure agreement (CDA) of Pfizer.

While Duque’s statement that the Pfizer deal is ongoing is “true,” Lacson said that, according to Romualdez, it is a “renewed initiative after they missed the bus the first time.”

“The more important question is, how many lives would be saved between January and when (if at all) the vaccines may be made available again to Filipinos,” the lawmaker added.